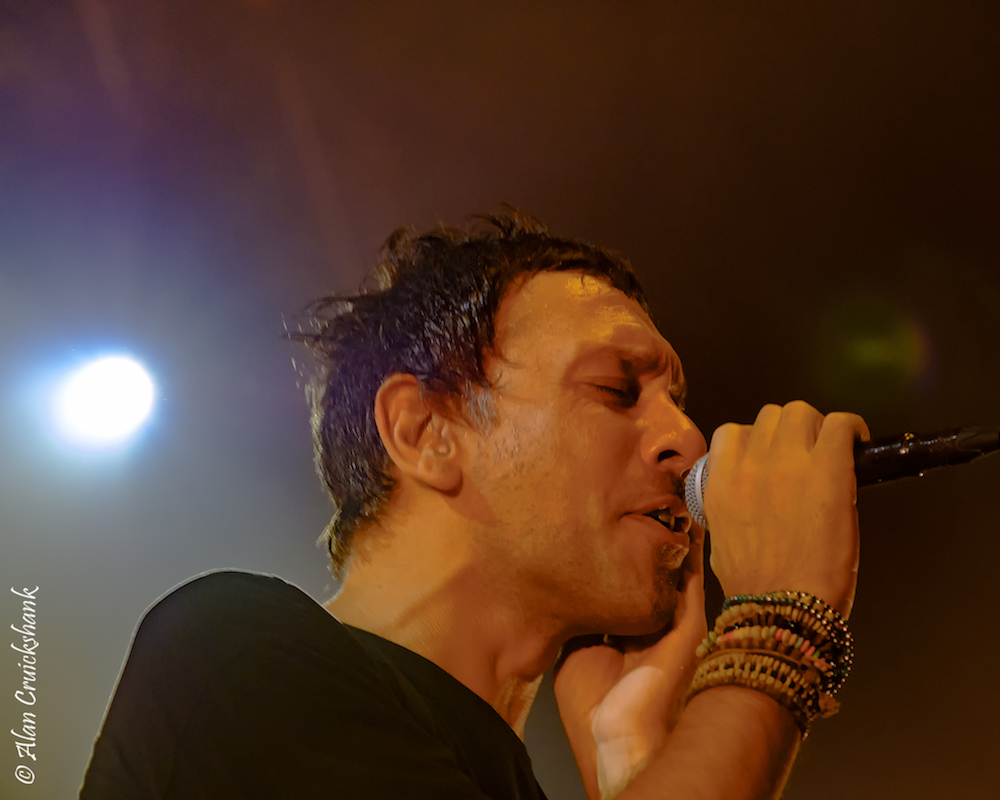 Shed Seven, with support from Foggy City Orphan at The Ironworks,  Inverness

They say that fashion and music is cyclical with the same trends coming back around again every generation. This would certainly seem to be the case with a crop of Britpop and Shoegaze artists evidently deciding that their guitars have languished in the cupboard for far too long. Lush, Sleeper, Ride, Slowdive, Thousand Yard Stare and Echobelly have all popped back into the limelight and delighted those of us who were around ‘the first time’ with a run of well received live tours and some surprisingly solid new releases. Ride and Slowdive in particular are producing some of the best work in their careers.

To be honest Shed Seven never really went away for all that long (indeed they have visited the Ironworks before) but they had spent a fair bit of time between album releases. Their latest is without any exaggeration, a triumph, getting to number 8 in the album charts and number 6 in the Scottish charts ahead of the likes of Ed Sheeran. The album deserves the plaudits and is as energetic, if not more so, than anything they’ve done before. The Inverness date is also part of their largest ever tour sending out a message that this is a band who are still relevant with a passionate and very loyal fanbase.

Openers Foggy City Orphan are energetic, frenetic and a tiny bit bonkers. Chat is kept to a minimum and they very make good use of their 30 minutes. They flit between searing and brutal to harmonious and melodic at the drop of a hat and ever so slowly the punters come to the same realisation that I do, this lot are really quite good. I like it when a band are difficult to pin down in terms of any genre, occasionally I’m thinking there are hints of Sonic Youth and the Velvet Underground but then a timing or signature change will throw that out of the window and leaves me thinking that there’s a bit of prog or Jesus Lizard or Husker Du or…. you get the gist.  I’ll need to catch them if they ever play the confines of Mad Hatters or Tooth and Claw, this is the kind of music that needs to be played up close and personal rather than up high on the ‘big’ stage at the Ironworks.

Rumour has it that Shed Seven frontman Rick Witter is not a well man, there are pleas for cough mixture recommendations on twitter and shifting stage times seem to imply that they’re trying to give him as much time as possible before the gig starts. But they don’t disappoint and Shed Seven march triumphantly on to the stage to the Magnificent Seven theme ringing out across the hall. He confirms that he has a throat infection and will rely on the audience to help him out from time to time, this is met with universal approval and I suspect many are simply relieved that he’s managed to get on stage. He does sound pretty rough at times but that doesn’t stop him from twisting and gyrating around the stage. If he does feel worse than he sounded (and to be fair, he still hits most of the notes) then there’s no evidence of it here. The rest of the band play with the grins plastered across their faces and the Ironworks is a noisy, sweaty throng more than happy to do their bit to help the lead singer through the gig.

The rest of the gig is flawless, helped by a great atmosphere and a band who are at the top of their game. Tracks from Instant Pleasures sit comfortably with the older material, a particular highlight being ‘Nothing to Live Down’. ‘Dolphin’, ‘Chasing Rainbows’ and ‘Going for Gold’ sound as fresh as the day they were released, each song accompanied by the audience singing along with gusto.  A blistering cover of the instrumental section in ‘I am the Resurrection’ by the Stone Roses creates an opportunity for Witter to get his breath and rest his voice and through sheer willpower and showmanship he finishes the set. Ninety minutes zip past and it turns out to be another memorable night in the Ironworks for all the right reasons.

Sadly Rick has succumbed to his throat infection and the next three dates in Aberdeen, Edinburgh and Dublin have been cancelled. They’ve promised to try and reschedule the dates but I can assure any unhappy ticket holders that it’ll be worth the wait. If this was Shed Seven not quite at their finest, then the healthy version must be impressive indeed. Their lead singer may have been fading, but the gig was more than the sum of its parts and despite everything it was a triumphant return to the Highlands.

Check out photos of the gig below;