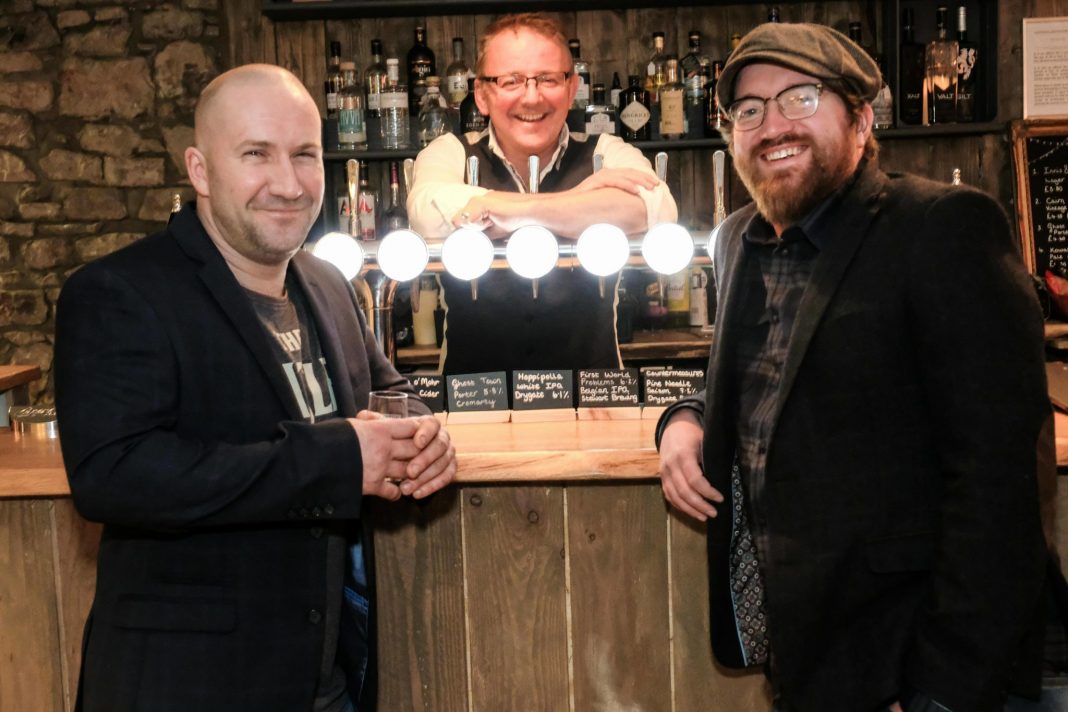 Ahead of the first night of The Porch Sessions at MacGregor’s in December chats to Chris Lemon of IGigs.

The end of the year sees the launch of The Porch Sessions, a new music evening for fans of “Old timey acoustic blues”, we caught up with the organisers to find out more about the night;

How did the night come about?

Basically, Frazer and Bruce were having a dram and were talking about the possibility of a blues night and many, many drinks later Frazer posted their idea on Facebook to which Stuart instantly responded and joined the venture.

What’s the plan for the format of the night and how would you like it to develop?

The plan for the format of the night is to have main acts to break up the evening and allow the in-between sessions to flow more smoothly, also to have musicians meet and get a jam in comfort and style whilst entertaining the punters. Hopefully this will evolve and grow maybe even starting a new band or two along the way.

There has clearly been a great response to the idea, why do you think it is so popular?

Well Blues is the basis for all good music and is something that all musicians have a level of understanding and respect for. Frazer has been in local bands for a good few years and has made many connections in the music scene in his time with The Andy Gunn Band and The Whisky River Band. Stuart is known for his love for old guitars and knowledge of old blues music and although not a local boy has been in and out of bands for many years and tour managed for some major record labels.

How do you define the genre of Blues?

Blues is the most recognisable form of music known to man. It’s been through many guises some of which electric, acoustic and the humble beginnings of the work songs first brought to light by the Lomax recordings but no matter its form everyone knows Blues.

When did you first feel a connection with the Blues, and what is it about the Blues that particularly relates with you?

Stuart: I first discovered blues at the age of 18 when I stumbled across a Robert Johnson CD which cost the princely sum of 50p in a charity shop. Although I liked stuff by Clapton and Peter Green it was when I probably started getting into Blues.

Frazer: When I was in school my friends parents used to listen to great Blues artists such as B.B. King, Eric Gales, SRV & many more. We used to have an old Ibanez in the room where we used to have many an early blues jams.

Which are your particular favourites when it comes to Blues?

We don’t have any particular favourites as there are way too many to mention.

The Porch Sessions start at McGregors, Inverness on the 2nd of December from 5pm.