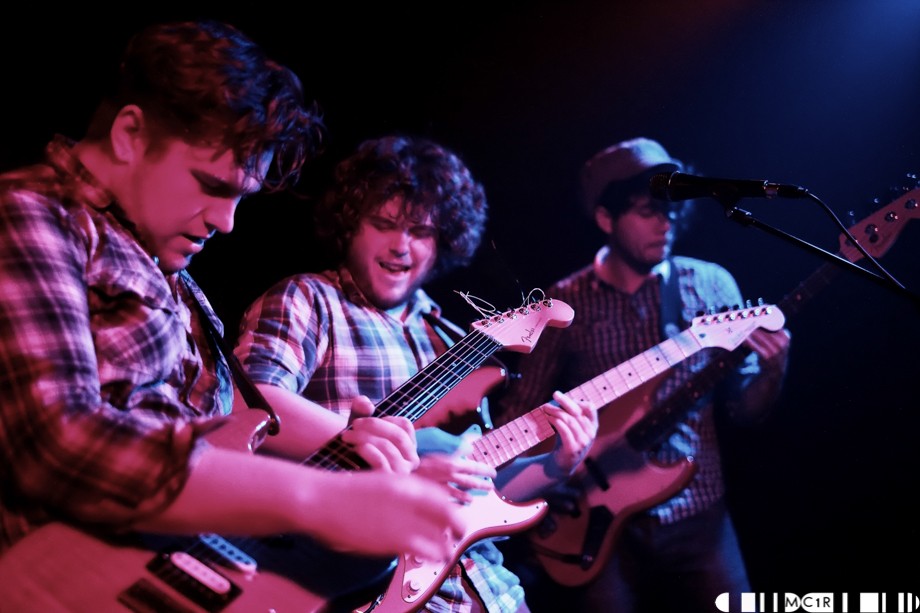 Ahead of their gig at Mad Hatters in December, Moteh Parrott of Red Kites chats to Chris Lemon of IGigs.

Red Kites , Liam Trevor, Andrew Reeves, JJ Fernandez and Jan Cees Samson, formed in  Guilford but they retain a strong Highland heart with frontman Moteh Parrott. Their Inverness performances, including headlining the Ironworks, have alway impressed. It has been a few years since Red Kites have performed, so what better time to catch up with Moteh;

Red Kites have not played since 2015, and whilst there was always the indication that the band might get back at some point ,“We’ve decided to take a long term break (I think ‘hiatus’ might be the right term?)”, why did you choose now to come back?

I was looking to put on a charity gig for RASASH (Rape and Sexual Abuse Highland) this year, but was struggling to book a headline act. Around the same time, another band with a similar name accidentally announced their gig via our bandsintown page, which automatically shared to our Facebook page, making it look like we were reforming for a gig at Camden Assembly Rooms! This gave me the idea of actually getting the band back together for this gig. As we live at other ends of the country, we don’t get to see each other much anymore, so it’s a real Blues Brothers moment!

Musically, what have you all been up to since Red Kites went on a break?

Most of us have been doing music in one way or another – working away on our own solo/original projects. To pay the rent we’ve been playing in function bands and teaching, which is a lot of fun and rewarding, but original music and gigs are still the highlight. Jan Cees has taken a slightly different route – he’s now a full time lifeguard!

Given the success that the band has had previously, what would have to happen for the band to reform on a permanent basis?

Although we’d love to reform permanently, the logistics are difficult as we’re living at different sides of the country and have got our own projects going now. We don’t want to say it’s never going to happen, but at the moment it’s looking unlikely. So this really is a rare chance to see the band, maybe even for the last time. Although it may be difficult to resist doing more after this. We’ll see!

We have been lucky to catch Red Kites on quite a few occasions, personally my favourite was the gig at Rockness where the intensity of emotion was tangible, what has been your favourite gig as a band to date?

As with all the Inverness shows, The Rockness gig was a real highlight, but two gigs that really stand out were our single launches in Brighton and Guildford. The first one in Guildford back in 2012 was a highlight because it was 1 out 1 in at the door, and was probably the first time we realised that people were into the music. The Brighton one at The Haunt in 2015 was great because we managed to pull off a show at a big venue, having entirely self-promoted it, which was a real sense of achievement. But coming back to the highlands always has the feeling of coming home, which makes these shows extra special.

You have picked a couple of local acts to support your gig, in Tamzene and Mario Royeca, how difficult was it to decide who should play the slots?

Tamzene is an amazing up and coming local act, who has the amazing ability to totally silence the room, so she was a really easy choice (read our interview with Tamzene). Mario Royce is a more undiscovered local talent, so it’s great to be able to have him on a show, knowing he’s going to be playing to a good crowd of music fans. People will love him I’m sure!

Tickets are limited to 100, and are only available online at fatsoma.com

Check out some photos from Red Kites playing in 2014;