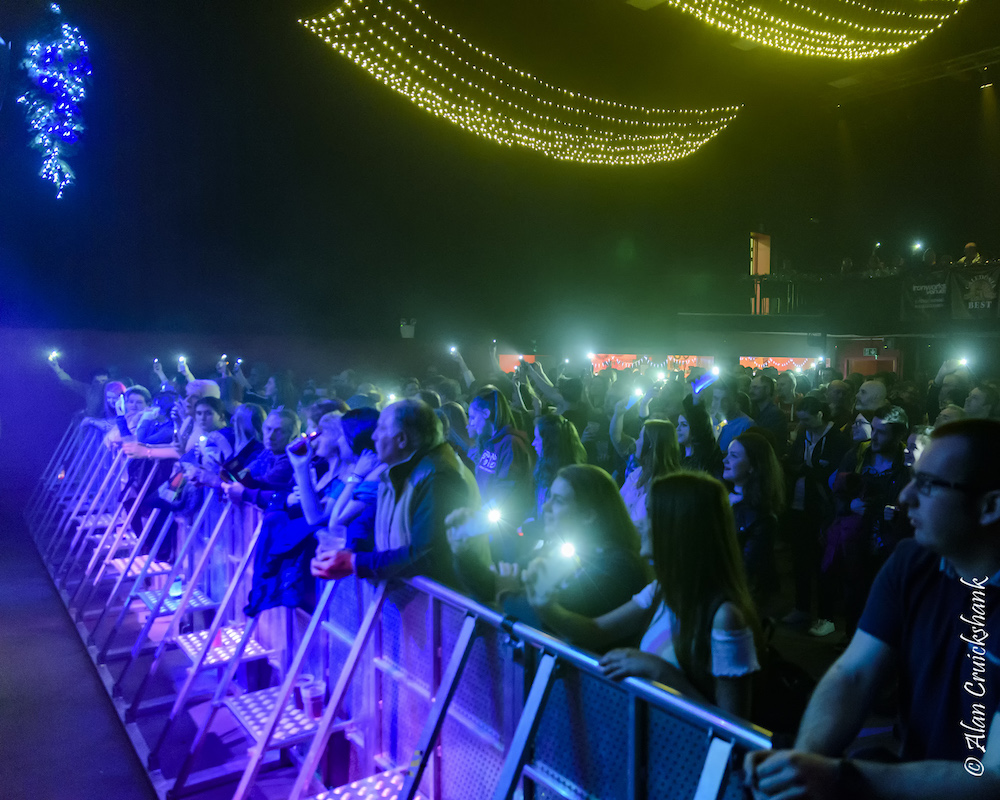 Tide Lines, with support from Heron Valley, at Ironworks, Inverness.

The Ironworks had sold out in advance of the arrival of Tide Lines and those that held tickets were already filling the room when support act, Heron Valley, took to the stage. Heron Valley, or Heroin Valley as someone misread their name (and that would be a name!). A Scottish band they move between the traditional and folk inspired numbers to give a varied set. The versatility extended to the range of instruments and it’s not often you have a banjo playing drummer in a band. Their near hour long set was enjoyed by the crowd even if they were a little self conscious at times when engaging with them. Overall, Heron Valley are a very accomplished set of young musicians and set the audience up for Tide Lines nicely.

Tide Lines, fronted by ex-Skippinish lead Robert Robertson are making waves in the Scottish Music scene but selling out the Ironworks is still no mean feat. Hailing from various parts of Scotland; Fort William, Glasgow, Alness and Mull they form a tight unit. Focus does centre on Robert who has great rapport with his audience. The Mod gold medallist has a ready made fan base attested to by him picking out members of various Gaelic choirs at the venue and also before he had even reached there.

Tide Lines have songs which cover movement from small west Highland locations to big cities such as ‘Since I Left This Town’ detailing personal events. A Gaelic lesson was thrown in with ‘Co-thràth’ as all were encouraged to sing along in the chorus. But equally they have some very rousing anthems in there too such as the encore ‘Far Side Of The World’. It’s an hour and a half with a few ceilidh classics thrown in and a couple of modern classics with a bit of Taylor Swift’s ‘Shake It Off’ and Walk The Moon’s ‘Shut Up And Dance’ which ,although the latter two are a bit of fun, probably aren’t really that necessary.

The traditional Scottish music scene has very loyal, and knowledgeable, supporters and those tonight encompassed all age groups and the atmosphere was summed up by a line from the song “I’m a Man You Don’t Meet Every Day‘ that being ‘easy and free when you are drinking with me’. For those that had travelled a long distance for this show, and there were many, the slow departure from the venue revealed many happy faces.

See photographs of the night below;