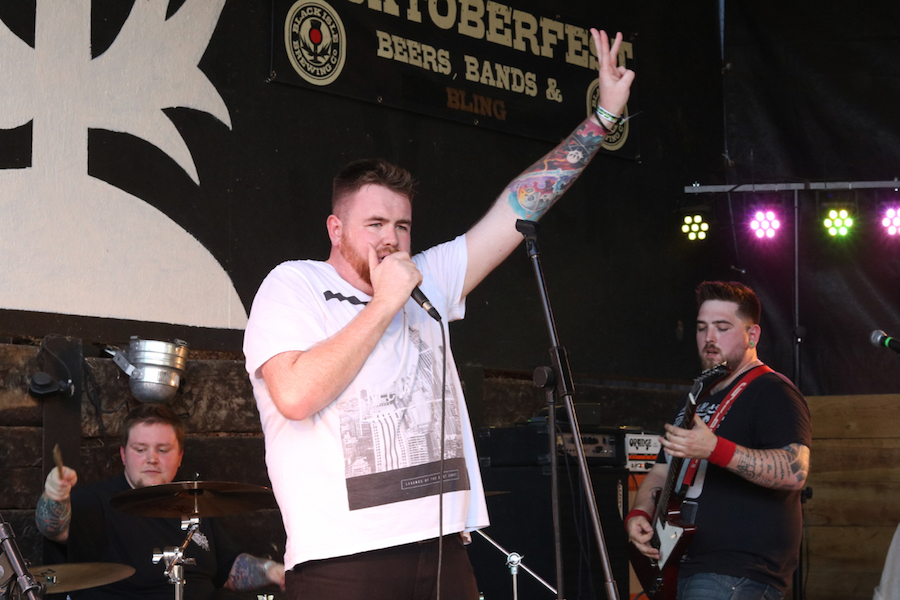 COBALT to play Ironworks in February.

February sees COBALT bring their Bourbon Nightmares EP launch to the Ironworks in Inverness. The ambitious five piece from the Highlands describe their sound as ‘big southern-tinged vocals over massive down tuned riffs, thunderous bass and fist pumping drums’. They list their influences as Black Stone Cherry, Pantera and Metallica.

When speaking to COBALT in 2017, they described a fairly simple manifesto;

“We’re a metal band, and whatever the opposite of a ballad is, we play that! We would say we have a sound that is hard driven, fast paced, and energetic! Something you can pound your fist to! It’s what we love hearing, so it’s what we love playing!”

Founded at the beginning of 2017 with Craig Kelly on vocals backed by the guitars of Dylan Deans and Kenneth Millen, they are driven by the bass of Rob Ironside and the drums of Finn Connell. First single ‘Martyr’ was released in December with Facebook fans unanimously believing they aced it with their debut.

It’s an action packed night with three further acts on the ticket. Devil’s Queen, with vocalist Ross Holland back fronting them, are ready to deliver their racket. Glasgow’s Black King Cobra are those ‘energetic and tight young whippersnappers with fantastic vocals’ according to Just For Tonight Music. Also throwing their weight behind the evening are Airrade, who will be opening the show with their hard rock and blues.

All this for the unbelievable price of £5 and the band have also put together a special ticket, t-shirt and download pack which is available at the bargain price of £15

COBALT, with support from Black King Cobra, Devil’s Queen and Airrade as they play Ironworks, Inverness on the 10th of February, 2018.

Check out other gigs to look forward to here;