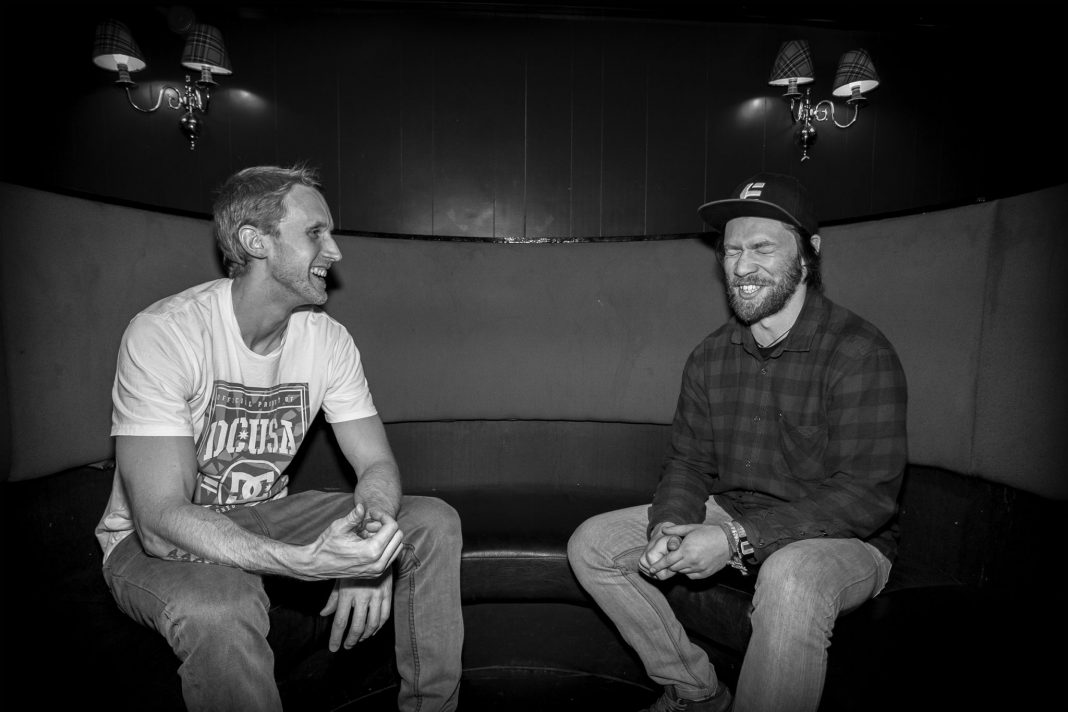 Ahead of their gig at Groove Cairngorm 2018, Marty and Jamie of Shaka Loves You answer a few questions.

When Craig Charles warns; “If you don’t like this guys, just throw away your ears” you just know that you have to pay attention.

Hailing from the Highlands, Shaka Loves You have been bringing their blend of funk, soul, disco & hip-hop to the masses since  2012. A debut album beckons this year, but first an appearance at Groove Cairngorm. We were lucky enough to get an opportunity to ask them a few questions.

Whilst describing SLY as “Effortlessly fusing elements of funk, soul, disco & hip-hop”, how do you go about preparing for a show?

Jamie – It kinda depends on the show & the venue as no two sets are ever really the same. As we play different styles and festival sets tend to be a bit shorter in length, there’s usually a bit more prep involved to make sure we can fit everything in. I’ll usually just lock myself away in the studio for a few hours to work out what records I wanna play.

What have you learnt from sharing the stage from such iconic acts as George Clinton & Parliament Funkadelic, The Jacksons and DJ Jazzy Jeff?

Marty – Yeah we’ve been extremely lucky getting to meet these guys. The main thing we’ve probably learnt is to always stay humble and keep on learning. All these guys were totally down to earth and still pushing their craft forward.

You are in the middle of planning a return to Europe, which countries and venues would be on your dream list to play while you are there?

Marty – There are so many places on the dream list! We’d love to explore more of Scandinavia, we’ve been lucky enough to play Norway before but would love to check out Sweden & Denmark. That or some more of Eastern Europe would be cool too.

You have had such warm and positive reviews from the press and the acts that you have performed with, which feedback particularly hits a chord with you?

Jamie – I’d say probably meeting Jazzy Jeff and the feedback he gave us was a personal highlight. To get props from the DJ I look up to the most was an amazing feeling.

You are coming play at an outdoor festival in the Highlands, in February, how do you plan to warm up proceedings?

Marty – Haha, yeah it’s going to be cold! I’m from Aviemore and Jamie’s from Skye so we’re used to it anyway. We love playing Aviemore and with it being a hometown show for me it won’t take much for us to get the party heated up. That and maybe some gloves!

You can buy tickets for Groove Cairngorm 2018 here

See the most recent Groove announcement below;

Gordon James & The Power and more announced for Groove Cairngorm 2018