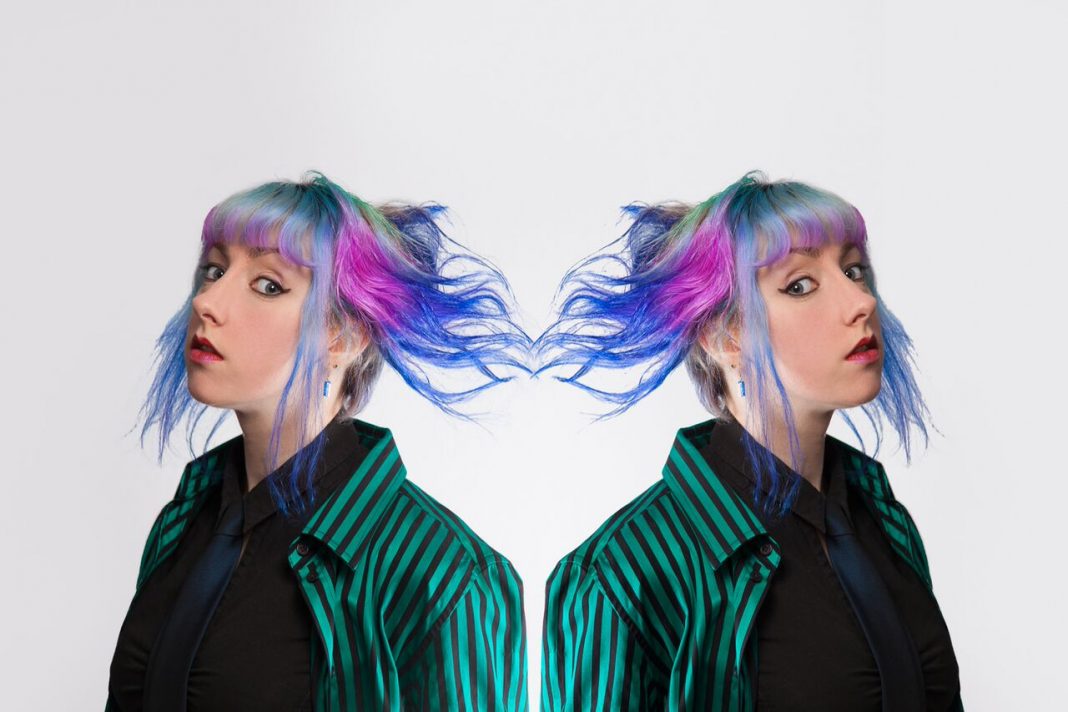 We introduce to you Voicex a few question ahead of their gig at the Voodoo Rooms, Edinburgh in May.

Voicex started with two guitarists jamming together for a few weeks last summer. The tunes got more structure and suddenly Coco joined the party on bass. Suky was spotted MC’ing at a Girls Rock School benefit, and two weeks later she was in. An appeal on Twitter for a likeminded drummer led to old friends Colin and Paul reuniting, completing the Voicex lineup. “Never” was the first song we wrote, recorded and released in December.

Voicex’s sound updates the postpunk vision for 2018. It ranges from skeletal keyboard-led poetry to pulsing full-on rock. Guitars clash and grind. The bass bounces around the upper register. The drums stop and start. And the unique Suky sings and declaims in a haze of poetry and dramatic pop.

The lyrics speak of love lost and revenge rediscovered, hedonism, late nights and early mornings, adventures inside the wardrobe. The result is confident, upbeat punk pop with attitude and discord. Viva Voicex!

Our first single “Never” was released on all digital platforms including YouTube on 9th Dec 2017 (above). Right now we are editing the video for our second single “The Immortals” . We are going to debut our live set at a headline gig on May 18 (Voodoo Rooms, Edinburgh). This will be followed by a series of gigs in Scotland and London while we establish out set and prepare our debut album. Aiming for festivals next year.

BAND can next be seen at the Voodoo Rooms on the 18th of May and check out their Facebook page .