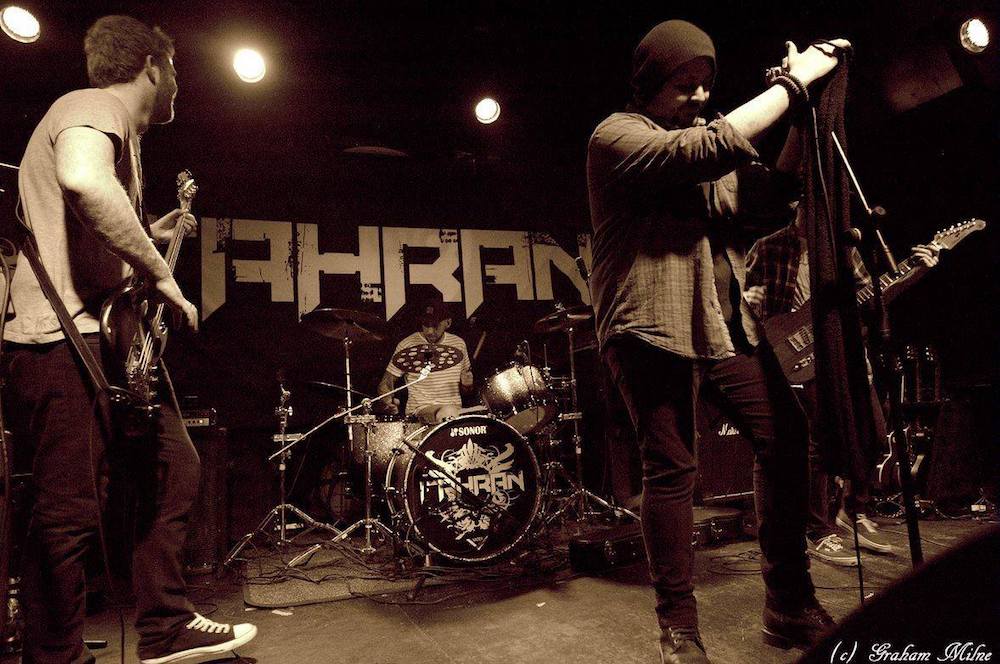 Ahead of their gig at the Ironworks Venue in February, Callum Moran of Black King Cobra chats to IGigs.

In the run up to Cobalt’s Bourbon Nightmares EP launch on 10th February at the Ironworks in Inverness we caught up with Callum Moran, vocalist with support act Black King Cobra. We fired a few questions at Callum and he more than responded!

Igigs: You are a relatively young band, how did the project come about?

Callum: I suppose we are, when compared to our counterparts in Glasgow. We started practicing together in September of 2016. Steve Todd (Percussion) and Johnny Keel (Bass) old friends started the band after several failed projects had disheartened them. Black King Cobra was very much a “Last Chance Saloon” kind of deal. They found Ross Clark and Myself online and auditioned us. The process for my audition was a little odd but brilliant. There’s a venue in Glasgow called “The Classic Grand” who host an open mic night and the three of the fellas were going to play it for some fun as they’d already been jamming and gelling before my appearance on their radar. I suppose my audition was a little daunting in that respect, getting up on stage with three people I’d only spoken to online and performing original material in front of a room full of people.

Surprisingly, we did rather well, they liked me and we even had people asking how long we’d been together; telling us how great it was. When faced with my response of “This is the first time I’ve met these guys, this is my audition” they were stunned. That still makes me laugh really. After that, we had some faith in the material, had some great jamming and rehearsal sessions and released our EP in March. Our debut appearance was April 1st, 2017 at Audio Glasgow which was an opening slot of the Wildfire band showcase a festival which we were subsequently added to thanks to that performance. It’s been snowballing since there really.

Igigs: You are a little silent on your influences on your Facebook profile, leaving us hanging on ‘Everything from the obvious to the deeply shameful, guilty pleasures’. Go on, tell us a little more!

Callum: I think I speak for all of us when I say we have such a varied taste in music. Our drummer writes EDM in his spare time, I listen to everything from Rock, Blues, Jazz to Korean Pop Music and the rest of the guys are similarly varied. You’d be surprised what you’re able to draw inspiration from for our music. There are melodies, movements and ideas in everything that we listen to that we reference to find our way. It’s a hard thing to pin down really. I’ve said it before but; we write these songs for ourselves and the fact the other people enjoy them is a welcome surprise but for that reason we’re fairly quiet on the influence front. People tend to make their own correlations between other bands and us. We know what we’re taking heed of but it’s quite fun to see what other people think.

Igigs: The Moshville Times have picked up on your maturity for a young band saying “to have so few gigs under their belt, you’d be forgiven for thinking they’d been on the scene for a number of years” and “despite their performance count still sitting in single figures, they deliver a tight set belying their youth”. What do you attribute this to?

Callum: Time and past experiences, mostly. We’re still fairly “wet behind the ears” in terms of our life span as a band but we have all been a part of different projects in the past. The experiences gained there both positive and negative has helped formulate a checklist if you will of what pitfalls to avoid and where our focus should be. Don’t get me wrong, there are still plenty of mistakes and we often feel like we’re fumbling around in the dark but we do our best to adapt as we go. The learning curve is steep but we’re quick learners.

IGigs: In a previous interview on ‘Down The Front Podcast’ you said “we like being excited little boys” on stage and in recordings. Do you still feel that way now as time passes?

Calum: For me, yes. I’m a fairly chipper soul and easily amused. This was very much a hobby for me, don’t get me wrong; I want to be good at it. I invest my time, money and effort in it like I would any other hobby but I’d play to an empty room and be happy.

Our time is our most valuable, non-renewable resource in life and we have precious little of it, so I am truly pleased that people have given some of theirs to appreciate, not appreciate or just listen/watch our content and sets. That gets me buzzed like a kiddo on Christmas Day.

I can only go by what I see when it comes to the rest of the fellas but they most certainly get buzzed to play and meet people. I don’t think that feeling will ever really dissipate. Then again that may be some of that naivety coming back to bite me. Ask me that question again in a few years’ time!

IGigs: You’ve been encouraging people to listen to your new single ‘Mr Dependable’ which was released on 10 January. What has the feedback been like?

Callum: Mr. Dependable has been well received so far. Which is such a relief really. We were in this awful dichotomy of release more content or hang fire till we’re satisfied with it. It’s often quite difficult for us to be completely satisfied with it as we tend to be quite meticulous so we’re trying to adopt the attitude of less is more, if you love it; let it go.

We record it like we would play it, overdub some backing vocals and extra guitar layers then try not to worry too much about the finer details or we’d only ever release content once every two years! Not that there’s anything wrong with that but in this industry when we’re at such an early juncture, consistency is key and we don’t have the luxury of listeners waiting around for us in such a saturated market.

IGigs: It’s a long journey north to Inverness at this time of year. What attracted you to taking this slot at Cobalt’s EP launch night?

Callum: Is it? Last time I visited Inverness I was in single figures, so I don’t recall the journey length! Nevertheless, I’ve been dying to get out of Glasgow and play to some new people in new environments. Our bass player Johnny Keel knew some of the fine folks from Cobalt due to being from Inverness himself so he had a bit of a rapport, they liked our music and asked if we’d like to play the show. We’re over the moon to be involved and it has all worked out rather well I’d say.

Callum: Oh! What a lovely opportunity, don’t mind if I do! We have quite a lot of gigs coming up in the Spring. February will see us play Winterstorm Festival’s Launch Event on Sunday 4th at Troon Concert Hall alongside our Glaswegian brothers Anchor Lane (another truly fantastic bunch of musicians worth investigating). We’re over at The Mash House in Edinburgh on the Monday 12th in support of Rock Trio RavenEye as they finish off their UK tour with the incredible SKAM and lastly, we’re playing a Headline show in Glasgow at “Audio” on Friday 23rd as part of Wildfire Festival’s 2018 Showcase. It’ll be our first ever headline show so we’re rather excited about that. So yes, if you catch us at the Ironworks or like what you hear online beforehand/afterwards.

Check out another band on the bill, Airrade;