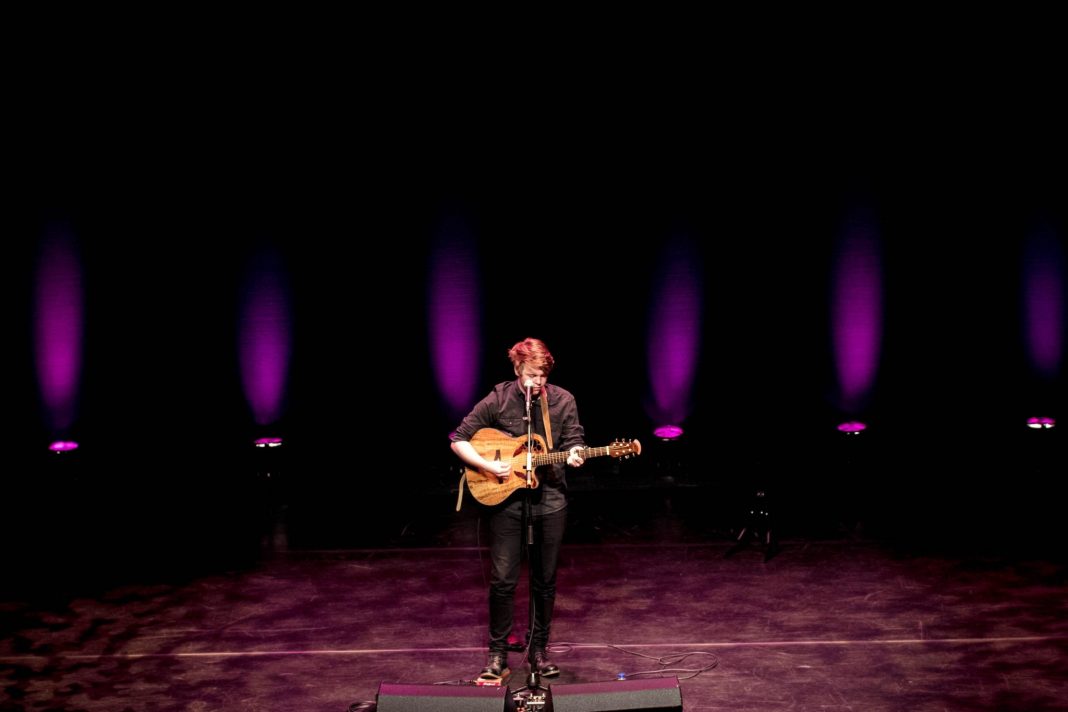 We introduce Calum Mackenzie Jones and ask him a few question ahead of a busy year of gigging.

Vic Galloway probably summed it up best last year as Indie-Folk-Rock with mature and powerful vocals.

Really just want to get my music heard by more people and play as many festivals and events as possible. Been putting together my second mixed genre album which is due for release in the summer.

Excited to introduce the new band this year – Shannon Marley on Bass Guitar & Angus Montgomery on Drums – taking the live performance to the next level.

My next gigs are;

I also have numerous festivals still to be announced…

2017 was an amazing year with numerous festival appearances including Belladrum, Eden, Jocktoberfest, Northern Roots, Speyfest and events at SWG3 Glasgow, Perth Concert Hall & Edinburgh Castle. My debut single “Your Man” was showcased by Jo Whiley on BBC Radio 2
My charity single and fundraising gigs raised over £2700 for 5 great charities and my debut album “Wasted Days” was well received and is available on all digital platforms

2018 has got off to a great start – I received a highly recommended for my performance on the Danny Kyle stage at Celtic Connections.Pre sales of my new Scottish Folk EP “Back To Where It All Began” are going well and it will be available on all digital platforms from 15th Feb

Really looking forward to supporting Skerryvore and Elephant sessions and I’ve slots at some great festivals to be announced soon.