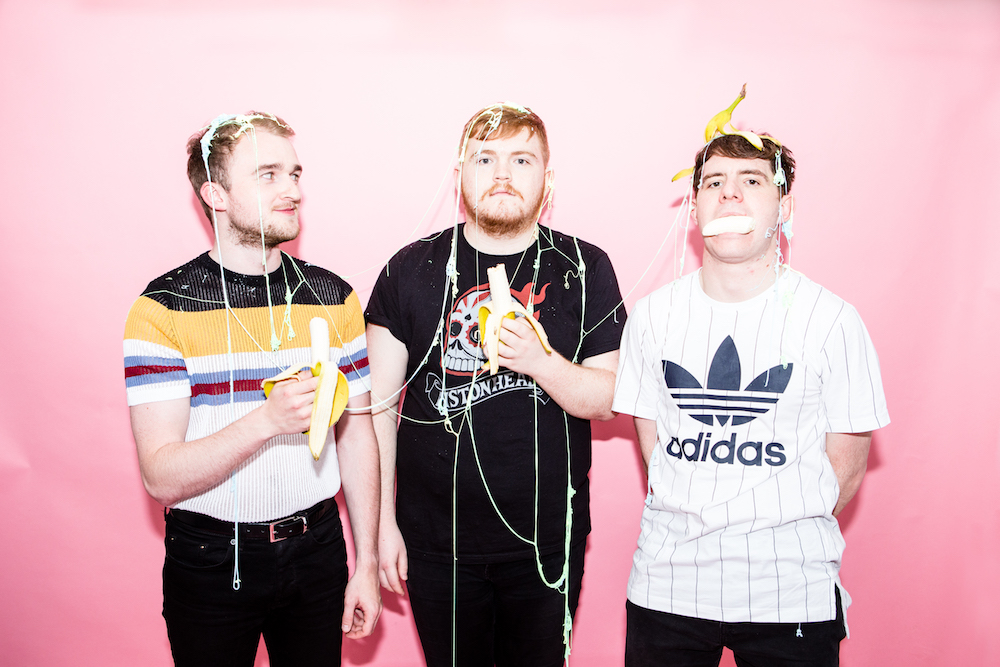 Ahead of their gig at Tooth & Claw in February, Calum Wilson of Shredd chats to IGigs.

Shredd are on a roll, the garage rock band from Glasgow have stormed into the scene and gained the attention of many. Slots at the likes of Tenement Trail, BBC 6 Music Festival, King Tuts Summer Nights and Freakender have certainly aided the cause. Now the ‘Best Newcomer’ winners at the Scottish Alternative Music Awards 2017 are heading north, so we had to catch up with them.

2017 was quite some year for you, releasing your debut EP, ‘Every Time We Meet I Want To Die’ in January and picking up the SAMA for Best Newcomer by October. How do you top that in 2018?

We did have a really good year in 2017, it was totally unexpected. The EP was released after only around 5 months of us being a band so we hadn’t thought too much about it, we just wanted to get something out there. I guess the difference now is that a lot more planning is going in to what we’re doing, the success we’ve achieved so far has put into perspective what we can achieve by just playing a lot of gigs and having fun – putting more thought and planning into it and working with other people who are more clued in than us will hopefully keep that success going.

The Clash’s description of you as “a garage rock belch in the face of prevailing trends” does stand out, how do you feel about that description?

It’s really cool to hear things like that, anyone being nice about our music is class! We don’t try and fit in to any sort of genre bracket, we just make music that we enjoy making but it definitely goes toward garage rock. We’re loud and fast and powerful and we love doing what we do, for publications like The Clash to be so complimentary is amazing!

You’ve worked with Bruce Rintoul (Twin Atlantic, Fatherson, Vukovi) on recordings. How has he helped you achieve the sound and energy that you bring to your releases?

Bruce is amazing, he’s worked on so many good records it was an easy choice to make when he expressed an interest in working with us. We tracked everything live with Bruce and I think that comes across, he saw us live before we recorded and recognized that we are best in the live environment. Our live energy and power is definitely captured in those recordings.

There has been a lot of love for ‘Every Time We Meet I Want To Die’, has that influenced your plans to return to the studio?

It’s always nice to hear people being nice about our music, we have plans for a new EP in the next few months and we’re hopeful people will love it as much as they love the first one!

You have played a few smaller venues. Do you feed off a crowd better in these more intimate environments?

Definitely! We love playing gigs regardless of where they are but smaller venues are definitely a lot more fun, it’s easier to get in amongst the crowd and if people are going crazy then the smaller venue suits us perfectly!

For anyone who hasn’t heard of Shredd what can you say to convince them to come along on 23rd February to the Tooth and Claw?

If you like live music then you’ll love us – we have a lot of fun and put everything we have into every show we play, we don’t leave anything behind. Although, definitely bring ear plugs…

We’ve got a new EP in the works, it will be out before the summer – other than that we’ve just got a load of cool shows coming up all around the UK, give us a follow on social media and keep up to date with where we are!

Shredd plays Tooth & Claw, Inverness on the 23rd of February