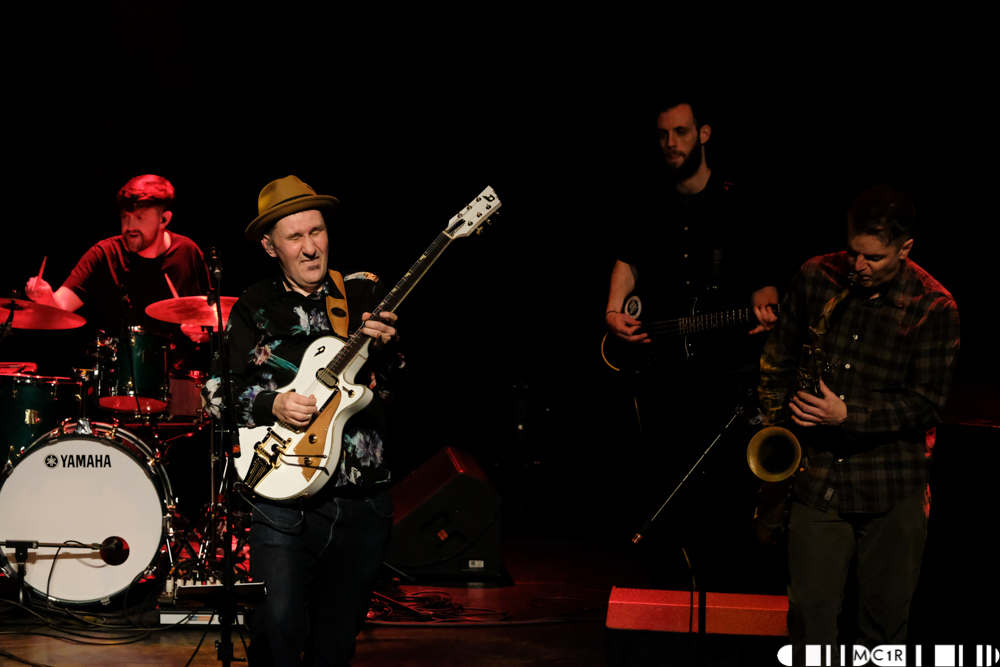 Andy Gunn , with support from ACT, at Eden Court, Inverness.

Friday 23rd brought a really fine night of blues to the One Touch Theatre in Inverness. Liz Jones & Suzy Cargill opened the evening with a set for voice, guitar, djembe and mandolin. Liz usually plays with a six piece outfit but tonight the songs  – most of which feature on her album ‘Broken Windows’ – are given a stripped back rendering and it works a treat.

Liz joined Andy Gunn on stage for a set that contained many highlights. The rhythm section were absolutely solid allowing Andy Gunn to shine particularly bright this evening. There were stunning contributions on sax, piano and harp during a set that was varied (there was an on-going rotation of performers on stage), sophisticated and well paced. Three hours fizzed past and it was pretty clear on the evidence of tonight’s showing that the rave reviews for Andy’s recent release ‘Too Many Guitars To Give Up Now’ are well deserved. Brilliant evening, happy crowd, catch them live while you can.