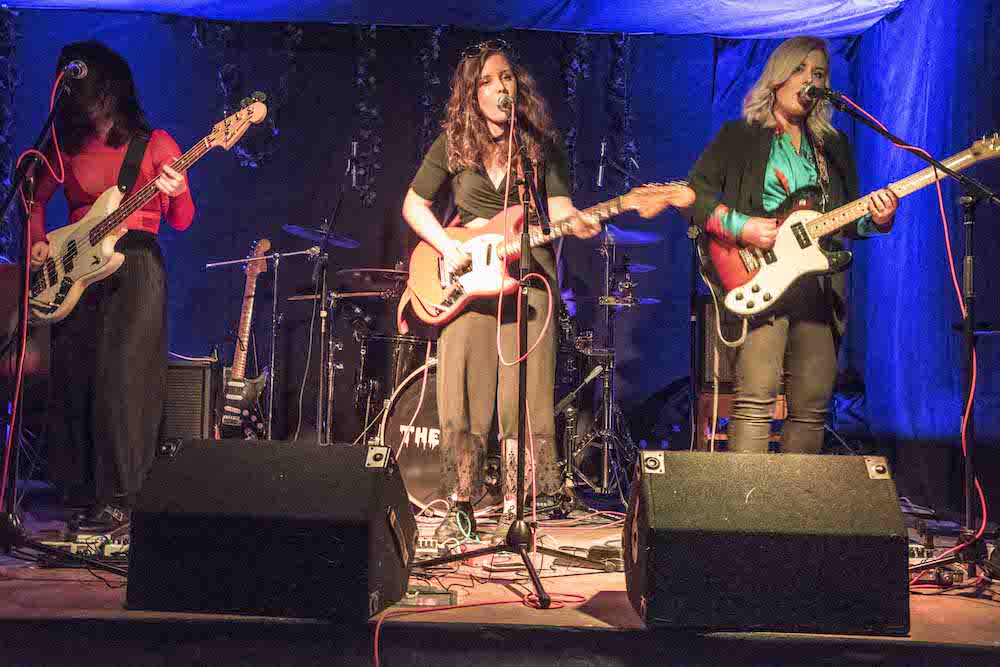 The Van T’s , with support from Josephine Sillars and the Manic Pixie Dreams, at Tooth & Claw, Inverness.

A small but committed bunch of people assembled for last night’s early show at the Tooth And Claw which opened with Inverness’ own Josephine Sillars and the Manic Pixie Dreams. Igigs have seen and followed Ms Sillars over the years; indeed this very writer played with her on the Free Range stage at Belladrum a few years ago along to one of Jospehine’s clever and melodic numbers.

Highlight of the set was new song “Down” which finds Jo abandoning her often overly-busy piano playing to settle on a crunchy almost bluesy guitar and kick drum backing from Sam Barnfather. And it has a definitely catchy chorus. If this is a sign of Jo diversifying her output from intense bedroom ideals into mature pop professionalism, then we applaud it. Just mind those vocal cords, Jo.

The Van T’s took to the stage with two distorted guitars and the wailing harmonies of sisters Chloe and Hannah Van Thompson. Let me be clear: the Van T’s look like rock stars. Their studio recordings are as full and ripe as a Breeders track from 1993. Their videos are polished, stylish, sexy and cool (check out Fresh Meat). They “mean it” and appear to want to go for gold. It’s all there, in theory.

But theory can falter in the field. Apart from a rousing Bitter Sweet and a couple of higher-energy numbers at the end of their show, the rest of their output was all from the same paint pot. Maybe the sound didn’t do them justice but, similar to Josephine Sillars, there’s a lack of catchy choruses and truly memorable, brain-hugging hooks. This is something which the 1990s influences of The Van T’s understood clearly: the kids wanna rock out and make their parents puke blood – but they need something to sing along to as well.

And finishing every song the same way with a guitar howl and a meandering fade-out doesn’t grab your audience. It dissipates all the build-up energy into nothing, making each song stand alone instead of making a cumulative whole. You gotta punch a finish sometimes. Punch, fuck, kill and destroy. That’s the rock code. Listen and dig, Van T’s, cos you’re so close to something amazing and original in rock that I can taste it.

Perhaps the final, bitter pill for this early show was that three times as many people turned up for the late show at the venue: a Metallica tribute act. This sad dynamic might summarise all that is screwed up with rock music in 2018. But if they sharpen up their arrangements and take heed from their forebears, then The Van T’s might be the saving grace of Scottish rock.

Read our interview with the band prior to the gig;