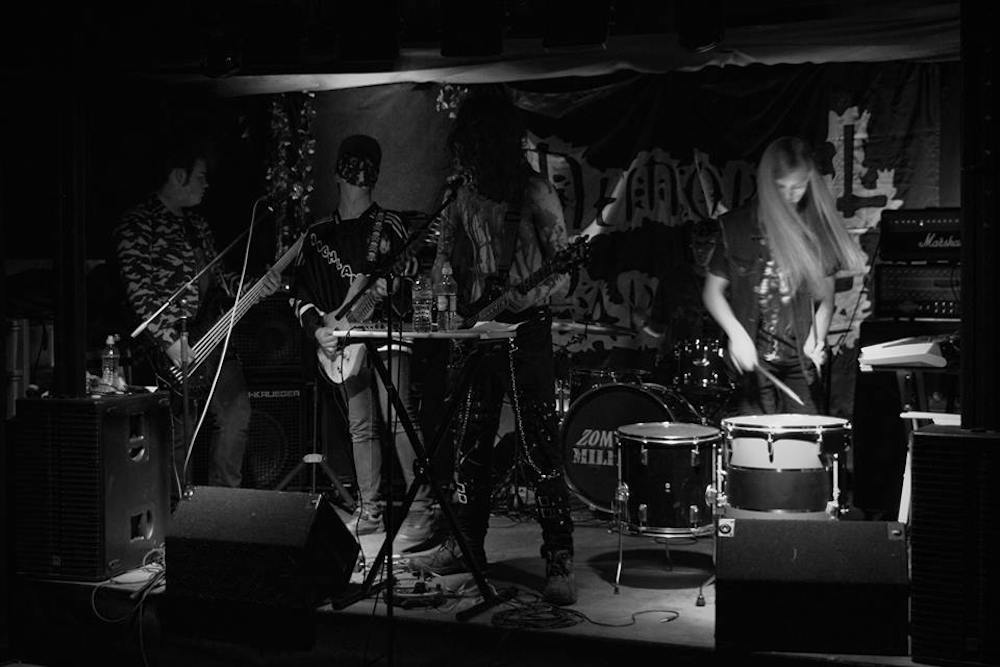 We introduce you to Memorial Parasite and ask them a few question ahead of their forthcoming gigs.

We describe our genre as experimental extreme metal, we love playing about with all sorts of sounds and influences in drop G tuning. The bulk of our sound is made up of death metal and djent, with elements of grindcore, death-doom, brutal death, gothic metal and deathcore.

A lot of our riffs are heavily influenced by Meshuggah and Napalm Death, with influences from all sorts of artists including Gojira, Cannibal Corpse, After the Burial, System of a Down, Gortuary, Sikfuk and Agoraphobic nosebleed.

Our first goal is to release our 5-track EP we recorded at The Music Shed in Inverness in November (you can get it here and all the other normal streaming sites) , and we have plans to record a second EP in April. We love playing shows more than anything and look forward to gigging as much as we can over the next year.

We are  playing The Buff Club in Glasgow on April 13th and ForresFest III at The Royal British Legion in Forres on April 28th alongside Airrade, Speared by a Unicorn, Cobalt, The Haar and Burning the Dream. Can find us on Facebook and Twitter, and our first single, Thrown into the Cemetery is available for free download on Bandcamp and to stream on YouTube and Soundcloud.

We’ve just received the artwork for our debut EP, by the awesome Jurgen Attard (Insta: @metalhead_artist_81), so are extremely psyched to say it will be released very soon. We wanna thank everyone for all their support, coming to our shows and streaming our single, being able to play the music we love playing to such amazing people makes all the time, effort and money we’ve put into this project worth it ten fold. We’re looking at recording our second EP in April and we can’t wait to see what other things this year will bring.