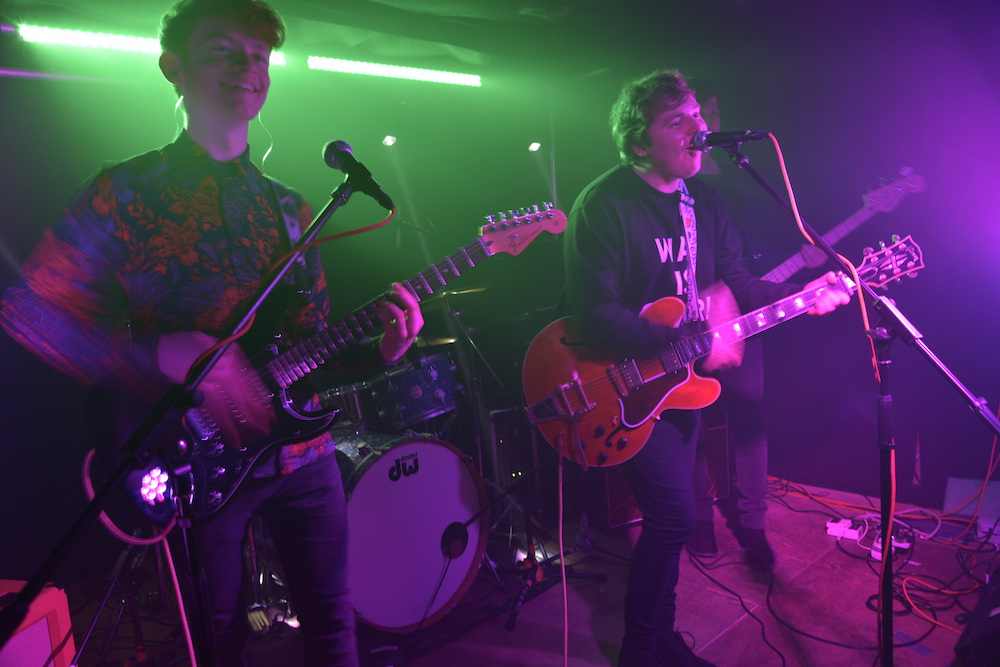 I came along to the Tooth and Claw with high hopes for a good night of music, having heard quite a bit from two of the acts. Something that became apparent very quickly was how good a night it was going to be after it was announced that the show run by 37live promotions was completely sold out. The first act of the night was local lads Park Circus, playing their first ever gig. The kicked of with Rain On Me, a very down and dirty, punchy track that brought a lot of comparisons to mind of early Oasis tracks the fame and flashbak.

They then moved on to Nineteen, a raw and straight to the point punky number that has the whole crowd jumping around. Next up was the track the band said had no name, this was full of fast scratchy guitars and heavy basslines. They announced then that these 3 tracks were all they had a present but kept the crowd very happy by giving a stand out performance of the Buzzcocks Ever fallen in love before seguing brilliantly in to The Smiths there is a light that never goes out. This was an absolute belter of a debut and one act I will be keeping a very close eye on an advise you all to do the same.

A question I have been asked a few times lately is where in Scotland is the best music scene, is it in the big cities Glasgow, Edinburgh or Dundee, but to me it seems like Dunfirmline in Fife seems to be ticking all the boxes right now. With two of these acts still to come, you could feel the pleasure throughout the crowd.

Next up were Moonlight Zoo, a band I have been in to for a couple of years now, but this was my first chance to catch them live. They bring a fast energetic pace to the stage and tracks like Melting keep the crowd bouncing around. Their track Wild has a upbeat calypso feel to it and this would be a great summer song. Where are you now has a big anthem sound that would fit in on any large festival stage. They finished of their set in emphatic style with Breaking or Broken, a complete indie pop song that is still in my head a day later, which is never a bad thing.

The headliners of the evening are Dancing on Tables, a band that have been getting glowing comparisons to the likes of Coldplay and Snow Patrol, come out and verify these likenesses. They kick off with Colour Me Good, a track with a great alt pop mid naughties sound. The energy from the band is as high as can be and crowd reaction matches it, so much so that midway through their new single Body, provided something I had never seen in the Tooth and Claw before a mosh pit.

The title track from the bands 2017 EP Don’t Stop was next with a far more indie sound more in tune with classic Beatles tracks. A real high point was their last single Missing, but nowhere near their finale, a track I would have never imagined myself dancing around to never mind the rest of the crowd going absolutely mental to with a mosh pit, a cover of Grace Kelly by Mika, yes you read that correctly.

This was a fitting end to a great night of music from three brilliant young bands. If you get the chance to see any of these bands I would highly recommend each of them.