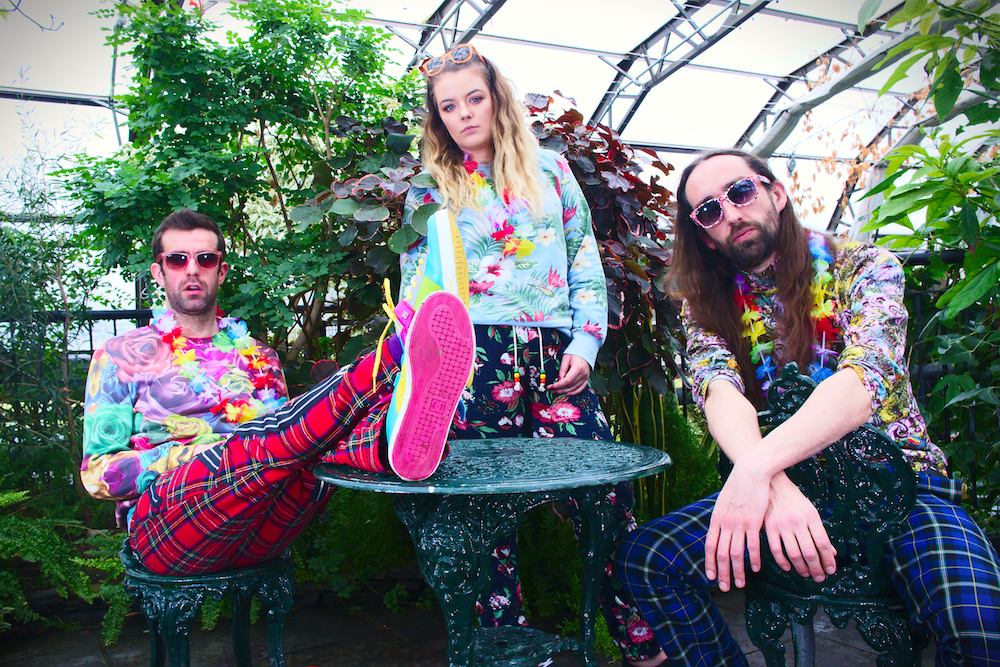 Those doyens of the Easter Ross tractor owning community, Spring Break, are releasing their debut album Tropicaledonia on the 13th of April. They want us all to join them on a journey of ambitious diversity, exploring a broad palette of influences marinating in a melting pot of multiple genres. Jazz, folk, funk, soul and rock are woven into a rich tapestry of kaleidoscopic highland hip hop, awash with a summery haze of vintage sounds bound together by psychedelic silkworms and technological trickery.

Tropicaledonia is an augmented reality of up to the minute nostalgia, platonic warmth and bittersweet love, soothing the citric tang of loss with a comforting candour and home-baked humour. Enriched with natural fruit flavours and barbed optimism, the tone is off kilter but quintessentially Scottish.

Their genesis was at Belladrum 2014 where the band were organically assembled to play on the Burke and Hair stage. A winter in Thelonious Rumpus’ studio birthed the spring time release of 2015’s Departure Lounge ep. A tour with Stanley Odd and a hectic summer of festival appearances, with national press coverage, radio and tv appearances and an advert for Bowers and wilkins speakers. A busy year was jubilantly capped off with a SAMA award for Best Hip Hop act.

Besides the original core members, the live roster has expanded and contracted to accordingly accommodate main stages and more intimate venues with friends and contemporaries from the local music scene contributing live elements of bass, brass, percussion and woodwind.

For the last year the band have been working on their debut album Tropicaledonia; a fusion of many styles, drawing influence from a rich palette of folk, funk, blues and jazz whilst all the while steeped in the cut and paste traditions of hip hop. We hope the musical diversity of the record will appeal to a wide range of tastes as it draws from the varied backgrounds of all the band members and collaborators. Lyrically it’s a highland reportage on the human condition; detailing daily stresses, mental health, drinking culture and addiction, small town mentality, lampooning back stabbers and the foibles of the industry and pointing a clown gloved finger at toxic masculinity.

They are already ammassing live dates for 2018, with more to come, including; 14th April – Album Launch party in Inverness, 1st June in Glasgow playing with the Twistettes in Machullis, 16th June at Wildwoodz festival, July 21st at Audiosoup festival, 3rd August at Belladrum festival and August 31st at Lindisfarne Festival.

You can order Tropicaledonia here

Check out our “legendary” Tractor-Tractor review;