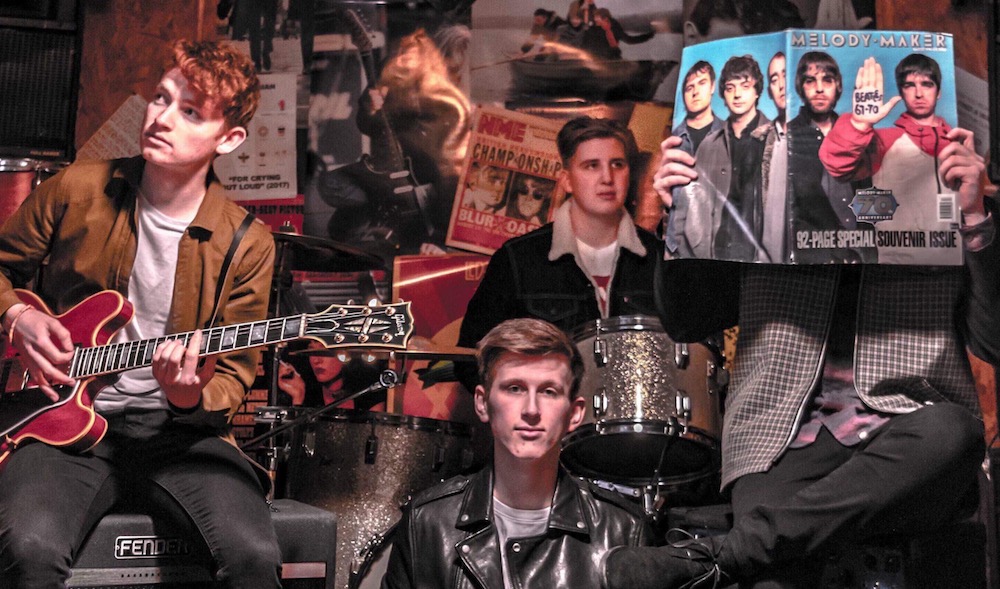 We introduce you to Park Circus and ask them a few question ahead of their gig at the Ironworks Venue in May.

The band’s singer/songwriter and rhythm guitarist is Colin Bunce. He loves anything Noel Gallagher does really. And the Hoops. And ABBA.

Craig McDermott is the band’s lead guitarist and looker. He specialises in pentatonic scales and blowing up amps.

Adam Miller is the band’s bass player. He loves his tumblr, his expensive clothes and The Smiths.

And last but not least, Mr Cameron Fuller, the band’s drummer. Loves his shed and breaking hearts.

Together we are Park Circus, formed on a cold night in an even colder shed in Farr.

We are split on genre but I’m pretty sure we do indie rock. So we’ll just say Indie Rock.

Influenced by bands such as The Beatles, The Kinks, Davie Bowie, Joy Division, The Cure, Stone Roses, Oasis, The Strokes, The Libertines, The Fratellis, Kasabian, Arctic Monkeys, Catfish and The Bottlemen and The View. This list caused a band argument.

In a years time we hope to have an established fan base, have more than a handful of great gigs across Scotland, play the local festivals and smash our gig in the Ironworks on May 18th, where we hope to see you there.

You can catch us at the Ironworks for our first ever headline show (details below). Keep an eye on our Facebook page for future gig announcements.

Thank you. Give us a listen.

Park Circus play the Ironworks, Inverness with support The Hunt, Garrison Court and The Chosen Lonely on the 18th of May.