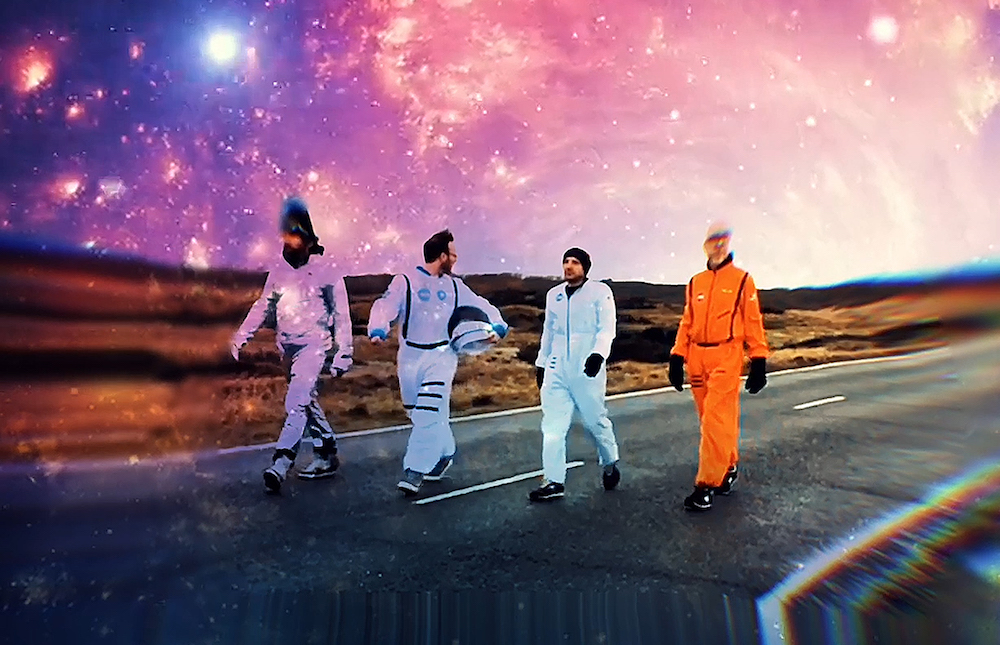 Turin Brakes to play The Ironworks in October

Turin Brakes, in association with Beyond Events, return to Scotland on tour this autumn taking in Inverness, Galashiels, Edinburgh and Perth in support of the recently released album ‘Invisible Storm’. Released on Cooking Vinyl in January 2018, this marks the eighth album so far for a band who’ve chalked up an impressive 19 years together.

The band – founder members Olly Knights and Gale Paridjanian, along with long-time bandmates Rob Allum and Eddie Myer – returned to their favourite bolthole Rockfield Studios in the Monmouth Valley and together with producer Ali Staton, worked on the new album. Soaking up the atmosphere left by past artists such as Rush, Oasis and Iggy Pop and even sitting down at the piano where Freddy Mercury wrote ‘Bohemian Rhapsody,  it’s not hard to see how the band were inspired during the writing of the album.

Described as, ‘big-picture music played on a small screen, refracted through lyrics that embrace the personal and the universal’. The album has been receiving positive reviews across the board and the latest run of live dates have been particularly well-received. They’re reasonably regular visitors to the Highlands having played Belladrum, Loopallu and the Ironworks in recent years. The mix of anthemic and atmospheric tunes a seemingly good fit for Highland audiences, they always head back South having gained a few more fans.

Formed in Balham South London, Turin Brakes released their Mercury Music Prize nominated debut album The Optimist back in 2001 followed by Ether Song in 2003 which featured the top 5 hit single Pain Killer (Summer Rain). Reckoned to be one of the finest indie bands of the last decade with 7 top 40 hits to their name Turin Brakes are a band that’s weathered many Invisible Storms…

Tickets go on sale from 10am Friday 27th April and are available from the following outlets: