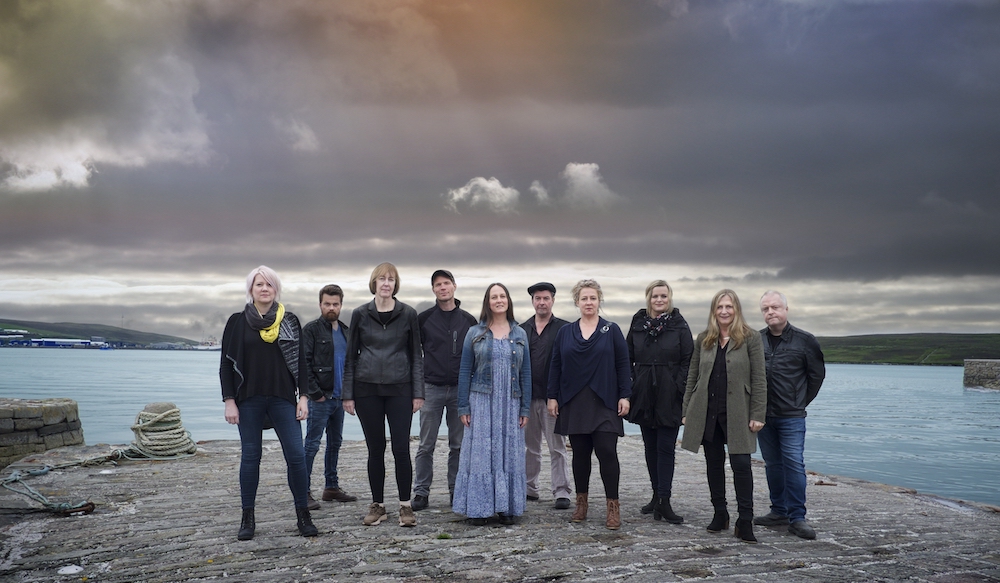 String Sisters to play Eden Court in May.

Collecting members from across the globe, String Sisters combine Nordic and Celtic influences to create a sound which Folkwords described as “A recipe for boundless invention and expression”.

String Sisters was formed at Celtic Connections in 2001 by Shetland fiddler Catriona Macdonald and has seen a collection of some of the very best fiddlers being complimented by fellow musicians. It is perhaps unsurprising that many have reached for the term “Super Group” in their description of the band.

String Sister’s most recent album ‘Between Wind And Water’ was recorded in Castlesound, Edinburgh and launched at Celtic Connections earlier this year. The follow up to 2007’s ‘Live’ was enthusiastically described by Folk Radio as “exuberant, powerful and energetic and above all, flawless, music”.

Whilst Scandinavian and North American tours beckon in 2019, this year will see them playing Orkney Folk Festival, Edinburgh, London and of course Inverness.

String Sisters announced for Eden Court, Inverness on the 29th of May, 2018.