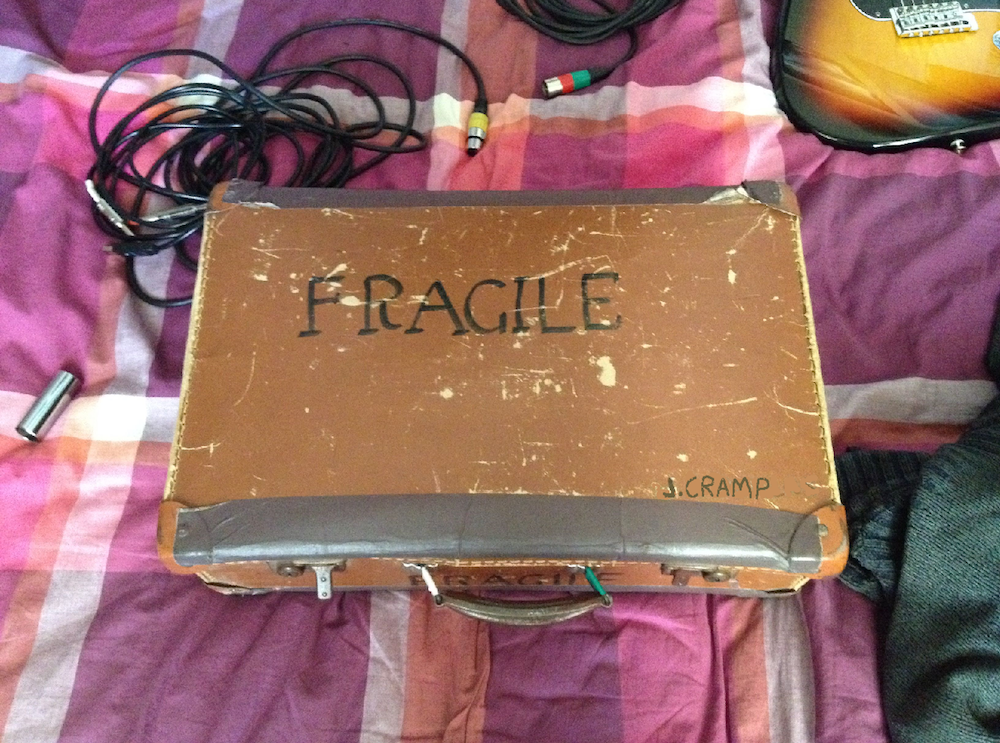 We introduce you to Joseph’s Cramp and ask them a few question ahead of their gig at Mad Hatters in May.

Joseph’s Cramp (formerly Sasquatch) from Inverness. The band is now made up of four Earth Men: Euan Sinclair on vocals and occasional Thunder Tube, Kevin Douglas on guitar and backing vocals, Ewan James McCreath on bass and Conner Jack on drums.

Historians believe that at some point during 2010, Kevin and Euan began visiting each other’s caves. It was here, amongst the strewn remains of small animals, that the crude beginnings of music began to take form. After a time, primitive noise became organised sounds and when the two finally emerged into the cold light of day, haggard and blinking, they had a handful of songs with which to start their crusade.

Records of their movements after this point are somewhat hazy, but after some years of plying their trade up and down the coast with random appearances at open mic nights and pub gigs, the duo materialized in a barn at Jocktoberfest 2017, playing to an unsuspecting crowd perched on hay bales. Shortly after this, an advert was circulated requesting all able-bodied men between the ages of 18 and 45 to sign up and join their musical mission. A gruelling entrance scheme whittled down a group of 5000 raw recruits to just two exceptional candidates, Ewan James McCreath and Conner Jack.

With their rhythm section newly installed, the group made their first appearance as a quartet on Hogmanay at the Tooth and Claw’s ‘Rockamany’ along side Cobalt and Never Knowing. The crusade continues…

“Sounds like a Unicorn having a nervous breakdown” – Danny Baker

To continue to spread the Gospel of Joseph’s Cramp with as many live appearances as possible, an EP might even happen.

You can catch Joseph’s Cramp at Mad Hatter’s on the 19th of May and at Woodzstock Festival on the 16th of June.

At some point, Joseph’s Cramp will perform a gig entirely upside down.