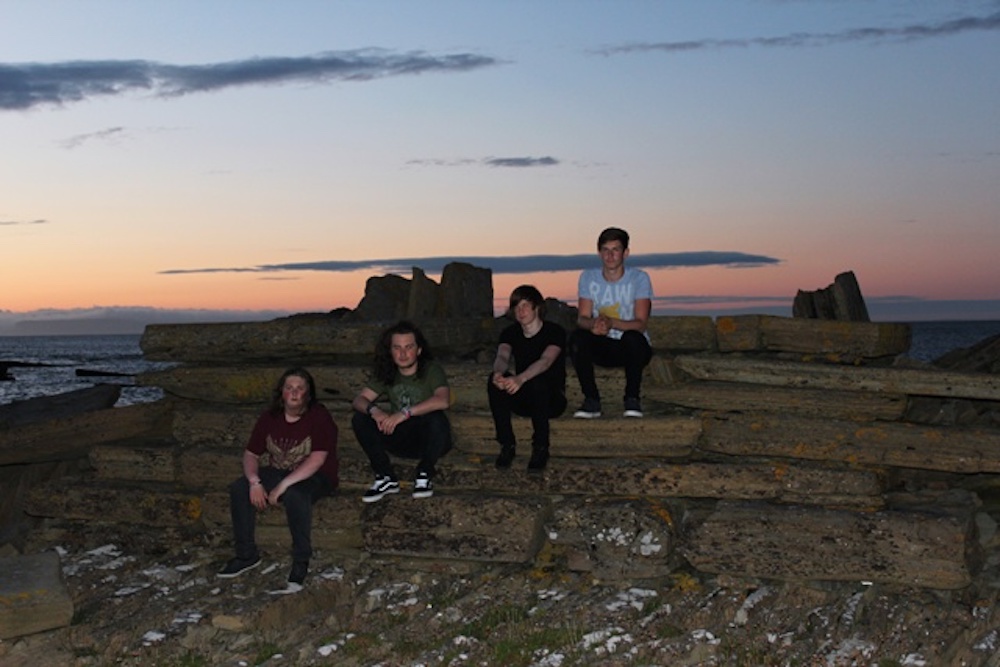 We introduce you to Forgetting The Future and ask them a few question ahead of their gig at the Ironwork in June.

Robbie McNicol on Vocals and guitar, Jamie MacKay on Guitar, Connor Wilson on Drums and Max Paul on Bass. We met at youth club, they had started a band night to give young musicians the chance to get together and practice.

We were described by Louder Than War as having a really individual indie rock feel and a Nirvanna edge to our music. We started off doing covers, but have been writing over the last couple of years and now do our own originals. We still sometimes do the odd cover of Rage Against The Machine and NWA if we really want to bring the roof down!!

Again we were described as having a Nirvanna edge, so I guess Nirvanna would be one, Catfish has been an influence as are Blink 182 who feature a lot when we are jamming and warming up.

We would love to get onto the festival scene, we have just finished a mini tour of the highlands and feel ready to spread our musical wings and travel further afield and get involved in the festivals – a real ambition would be to play at Belladrum!!!

We are playing the Ironworks on 15th June supporting Never Knowing, we are really excited to play this venue. We will be hitting Mr C’s in Thurso over the summer, they are a fantastic little music venue who have been very supportive of our band from the beginning and we play there regularly.

We have had the privilege of recording at Edwyn Collins studio in Helmsdale and have just recently recorded our new EP with Andy Williamson in Thurso, looking forward to the next year of getting out and about and hopefully onwards and upwards with some more new sounds and venues.