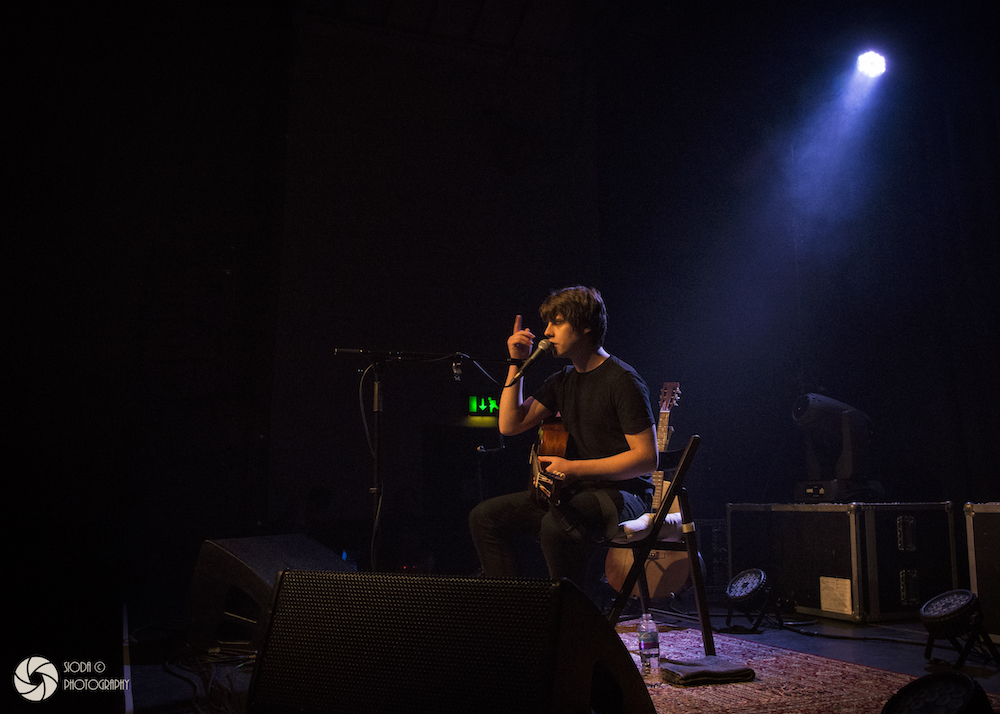 He’s back! Barely six months after entertaining an audience at Strathpeffer pavillion (those that listened at least) it’s been announced that Jake Bugg will return to the Highlands with a gig at the Ironworks.

Continuing to tour in support of ‘Hearts of Strain’ released last year, an album that has, it’s fair to say, received mixed reviews at best by critics. ‘Lost his way’ is a common refrain with even our reviewer recognizing that the album is a little more understated than his early efforts. Whether that change in pace is indeed the sign of an artist losing his way or simply someone exploring new avenues is up for debate but comments such as ‘more mature’ strike me as being a little patronising… in this writer’s opinion at least. There’s no denying his folk roots, even if it has come by the way of Lonnie Donegan and Oasis so it seemed a logical step for him to take by heading to Nashville to record this last album.

Bugg would write songs at home then fly out to Nashville to record with the likes of the American Sound Studios house band The Memphis Boys along with The Black Keys’ Dan Auerbach and even Billy Ray Cyrus. He was obviously impressed with the music scene over there,  “Nashville is mad. Everybody plays out there. You go around somebody’s house for a few beers and just jam with them.”

There’s no word yet whether this is to be another acoustic gig or whether we’ll see the full band in tow. Obviously keep eye on Inverness Gigs for further updates!

Beyond Presents bring Jake Bugg to the Ironworks, Inverness on the 22nd of November 2018.