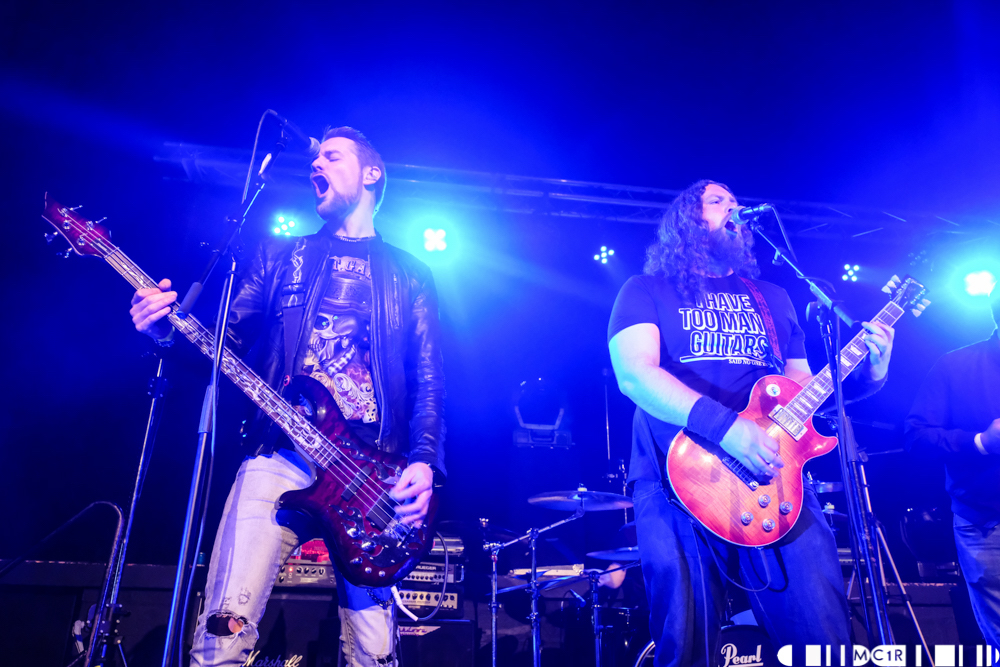 Ahead of their album launch at Ironworks in June, Devil’s Queen chats to Chris Lemon of IGigs.

Devil’s Queen entered into the Inverness music scene in 2013 with a refreshing spark that has persisted with a spectacular tenacity despite personnel changes. Self proclaimed ‘resident rockers of the Highlands’ the band currently consists of;

2018 sees the launch of the band’s first album and to celebrate they will be launching the LP with a gig at the Ironworks in June. We caught up with one of the founding members, Will Crawford, to chat about Rock and the new album;

IGigs – There has been talk about a resurgence in the Rock scene. How do you feel about the state of the genre at the moment?

DQ – Locally yes I’d say so. When we started off there was less than a handful of Rock bands playing in the area. Now five years on the number of local rock bands appears growing year in year out and on top of that Inverness has a new Rock Festival starting this year this which surely can only be a good thing going forward.

IGigs – After 5 years as a band, you have chosen now to record and release your debut album. What makes the time right now?

DQ – It is something we had planned for a couple of years now, however as you know we have had several lineup changes over the five years and a few breaks which obviously delayed the process. Now though we feel this is currently the best version of Devil’s Queen and it was time to get a record out that we felt would do justice to the band’s past.

IGigs – Details for the album have been fairly limited, what can you tell us about the album?

DQ – It is a 10 song album and is under the working title “Fractured Ashes”. The album is being produced by Iain Mclaughlin from IMOUT records. Expect the first single “Can’t Fight Forever” to be out before the launch and the music video for that is being produced by Stephen Bull.

IGigs – You have chosen Broken Ravens as the support for your album launch, what is it about the band that made you pick them?

DQ – I am personally a big fan of The Broken Ravens both their music and their general attitude as to how they present themselves as a band, for me having The Broken Ravens on board as support was a no brainer and I am delighted they accepted our offer to join us for the launch. The Ravens singer Toby Michaels has had a long history with Devil’s Queen having been in various bands with various members of Devils Queen and also filled in late 2017 on vocals for a handful of DQ shows.

Devils Queen play the the Ironworks Venue on the 29th of June, 2018. Tickets available at www.ironworksvenue.com . You can check the band out on Facebook @DevilsQueen