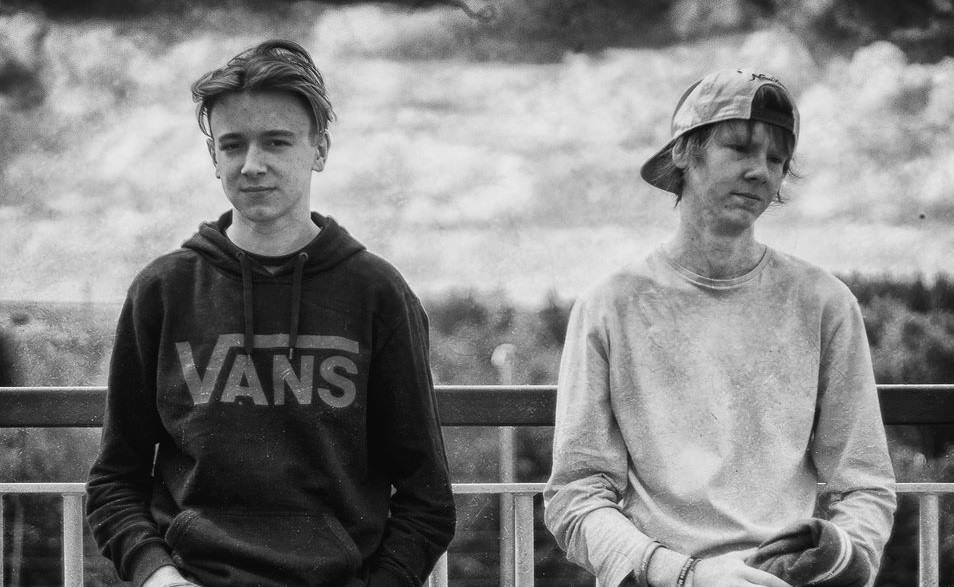 We ask Pyro a few question ahead of their gig at XpoNorth in June.

We refer to ourselves as “two brothers from different mothers”, in truth we are two best mates (Cameron McLean and Connor McCarthy) who fell into a 2 piece band by accident and then discovered we could really make it work and that’s how it started. It is fair to say we were both very influenced by Royal Blood hence the 2 piece thing but we’re not a carbon copy.

Cameron plays a 6 string guitar compared to Royal Blood who use a 4 string bass and Connor is the leads singer form behind the drums which is also a bit different. We are only 18 but have been writing and gigging together for 2 years now so we’ve had quite a bit of exposure for our age.

We managed to get our first track in front of Jim Gellatly and I guess he liked it as he has been a great supporter of us since that first track “Money”. Following that we released an EP and have just recently released our newest song “too far gone” which has been well received.

Our sound has developed since we started, we’ve become less heavy, moved a bit more towards Indie but still with a edgy platform of hard hitting lyrics. We are band who are very focused on lyrics. Although we don’t particularly sound like them we are both fans of Arctic Monkeys, we love the way they write.

The 2 piece part is a bit different and having a drummer who sings and guitarist who plays bass, rhythm and lead at the one time with one guitar makes us a bit different from your typical 4 or 5 piece band. People are always surprised when they hear us live, we have quite a big sound for just 2 of us.

Our live sound is very similar to our recorded sound and we don’t currently use a sample pad or any backing tracks, what you see is what you hear. We are pretty close out with the band and we believe this reflects when we are on stage, we’re joined at the hip, we’re not just a band, we are two best mates, more like two brothers without the DNA.

Which other acts are you hoping to catch at Xpo ?

Such a difficult question as there are so many awesome bands lined up to play. We’ve played with “100 Fables”, love the show they put on, definitely on our list to catch. We also hope to see “The Dunts”, we’ve caught them before and can relate to their high energy. Also, “Folda” are definitely on our target list to see, they have a cracking electronic vibe and we’ve not seen them live yet.

We always get a buzz from playing to a large crowd, and ideally a crowd that are right up for it. The biggest sense of achievement for us is seeing people having a great time at our gigs. We’ve had some great reviews since we started which gives us a real buzz. Family and friends are always biased but when someone from the Music Industry gives us a compliment it makes all the hard work worthwhile. We were recently reviewed by Tenement TV, they wrote some pretty complimentary stuff on us.

We are in the studio the week before XpoNorth to put down our next release. We’ve had this planned for a few weeks now but we recently wrote a new song that we believe trumps the song we had in mind. After XpoNorth our next biggest performance is playing at Linlithgow’s Party at the Palace on Saturday 10th August, to share a stage with the likes of “James” is pretty awesome, our aim is to win some new fans at this. We feel like we’ve come a long way in just two years and we have age on our side.

We are playing a 30 minute set at 9:45pm at the Market Bar in Inverness on Wednesday 27th. We’re playing a hometown gig at Midnight Breakfast Club in Bathgate the week before we head up to XpoNorth.

Keep a track on our gigs through our socials @pyromusicband on Facebook/Twitter/Instagram our check out our website at www.officialpyro.com. We’ve released 3 videos for songs from our EP, you can check these out on our Youtube channel .

We’ve got a formula we stick to for writing, Connor does most of the lyrics whilst Cameron writes most of the music but we do share both roles, we rarely disagree on style/view, we’re naturally on the same page most of the time. The best of part of the music industry for us is definitely gigging, we’re quite high energy, we like a party too, #noPYROnoPARTY 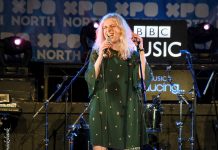 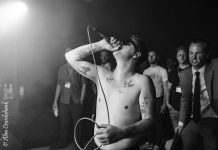 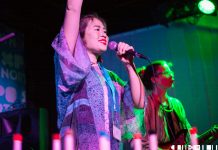 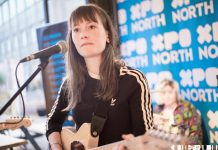 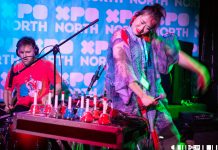 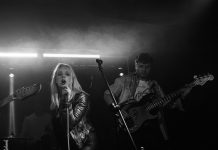