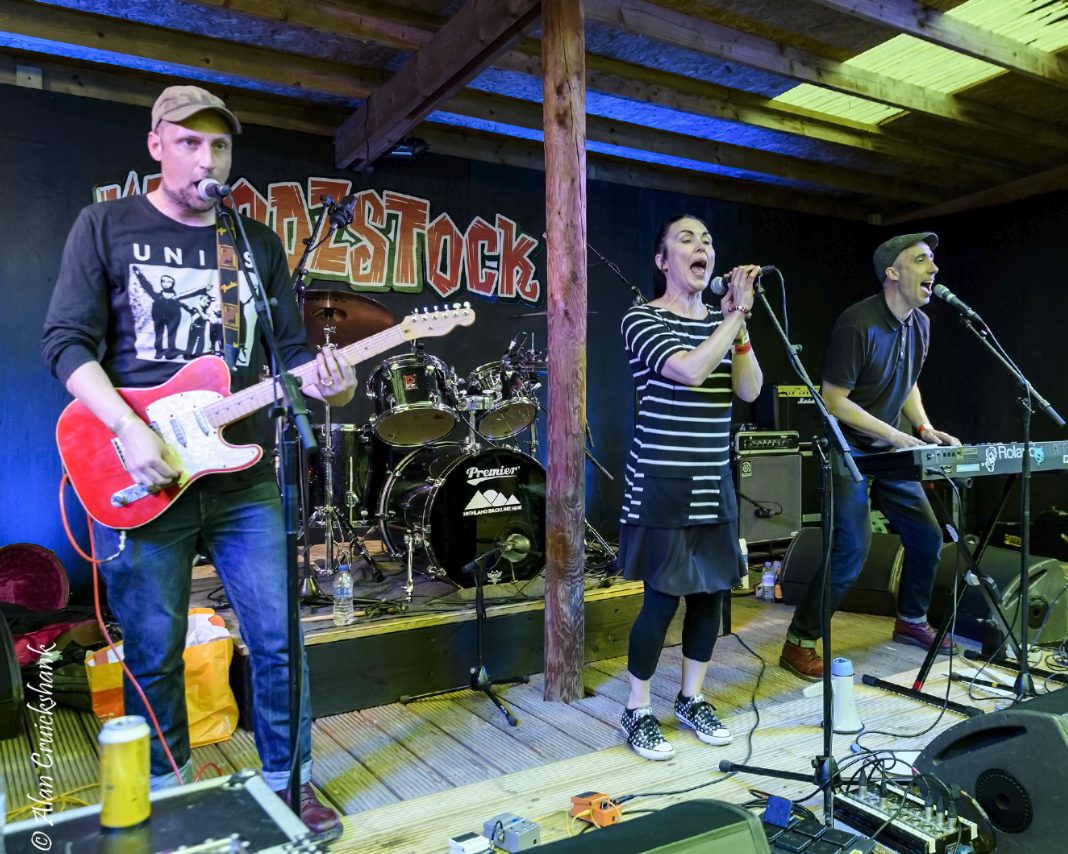 Without a doubt the constant rain put a dampener on a cracking wee much needed eclectic festival, however at 6pm on the dot, the weather gods took pity on the revellers that decided to tough it out and rewarded them with beautiful sunshine.

The festival organisers rewarded them with Big Bob’s Blues Band, they were the exact tonic the festival needed, the band have only just reformed but you would never think that going by the crowds reactions to some classic wonderfully effortlessly executed blues music.

Big Bob himself was mesmerizing to watch but more importantly listen too, he made a remark that some people call him the White BB King, there were no arguments from the now very upbeat festival revellers.

I have never seen or heard Lilura?  (need to check out our interview – Ed). Before but to be fair the crowd accepted her music wonderfully, particularly the younger people there, loads of kids wanted to take selfies with her after her set.

Last year Orkney Heavy Metal band Electric Mother played the very first Woodzstock festival and were second last to play, I spoke to Calum Elder the superb front man of the band backstage before they went on, he was genuinely surprised to be asked back, he said “when he came here last year and saw who else were playing and the kind of music they played he thought he and the band would not go down well” how wrong they were.

The crowd loved them and this year they loved Electric Mother even more, Calum properly endeared himself to the crowd by inviting some of the kids that were dancing around head banging to join him on the stage, “Gareth” was one of these kids and he joined in like a legend. Electric Mother made more new friends at Woodzstock two and hopefully we’ll see them in the area again.

The biggest surprise for me and a real coup for the festival was getting BIS to play at the festival, the Synth-pop-punk trio have real history behind them and to see and hear such quality at such a wee festival was a real tonic, to my surprise a lot of the festival goers knew exactly who they were and what to expect, the trio did not disappoint, they gave it their all and the revellers loved every second of it.

An impressive line-up did certainly help lift spirits of an (at times) soggy audience.

WHAT HAVE YOU MISSED?  All our other Woodzstock content can be found here.