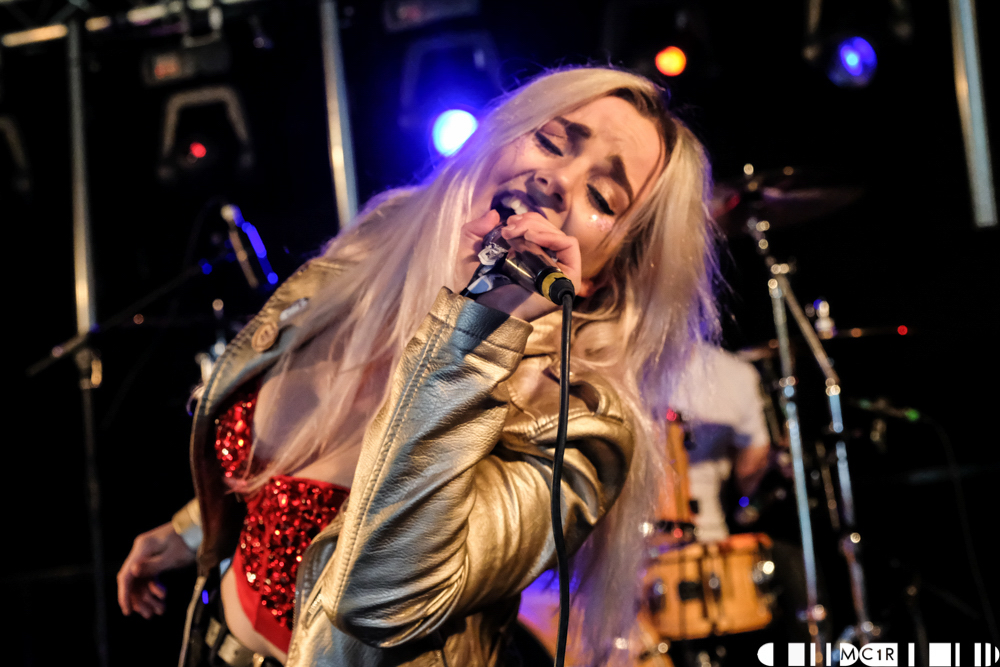 We ask 100 Fables a few question ahead of their gig at XpoNorth in June.

We are 100 Fables, Lyndsey Liora, Erin Reidy, Harris Hiscoe and Chris Stewart, a new wave pop band from Glasgow. We’ve made big waves in our first 18 months, with show-stealing appearances at festivals like Belladrum, Isle Of Wight and Carnival 56 as well as storming supporting slots with acts as diverse as Glasvegas, The View, GUN, Girli and Deacon Blue.

100 Fables stand out, not just at Xpo North, but everywhere. There’s nobody really doing what we do at the moment, no scene we’re a part of, no movement we’re following. There’s 80s synthpop and new wave in there, there’s bubblegum pop and there’s punk rock, there’s big crunchy riffs and hooks so catchy you’ll be singing along by the second chorus. We are 100 Fables and we do our own thing- we stand out.

Which other acts are you hoping to catch at Xpo ?

We’ve got a bunch of mates playing Xpo and I’m a massive fan of the music they all make so we’ll be trying our best to catch Bad Mannequins, NOAH NOAH, PYRO, Folda and North Atlas. For our first time listens we’re gonna definitely see Franky’s Evil Party (they sound absolutely mental in the most perfect way) as well as Beta Waves.

Within two years we’ve ticked off some bucket list venues from The Barrowlands to The Armadillo and festivals like Isle Of Wight and Kendal Calling. Our music is currently in every Hard Rock Café in Europe after winning Hard Rock Rising and we’ve had world-wide radio play from Passport Approved.

We’ve half way through our “#FablesFridays” which involves releasing a brand new track every Friday for the month of June. Each track becomes available on Spotify for you to listen to every Friday. We’re focusing on our busy summer festival season and looking forward to our huge headline show at King Tuts this August. We always put on a show, something different each time, and for our headline gigs we can really push ourselves to do something outside the box.

You’ll catch us on June 28th at 9pm @ The Tooth and Claw for XpoNorth.
You can also catch us during the rest of the summer here:

(More to be announced, keep up to date here: www.100fables.com )

See you at The Tooth and Claw