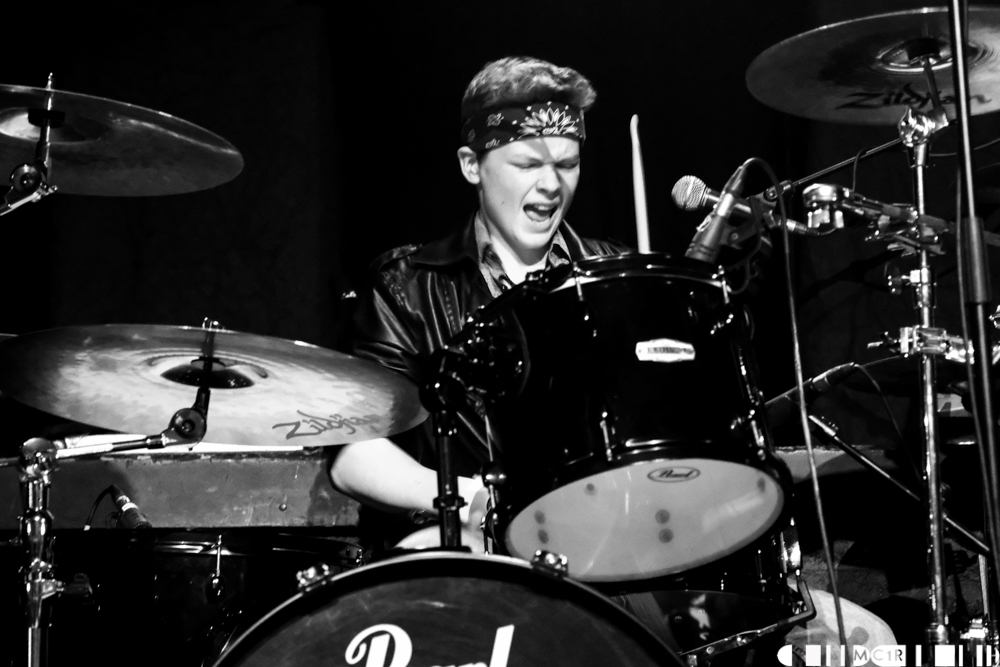 Ahead of their gig at IGigs presents @ The Highland Games in July, Bad Actress chats to IGigs.

How did you guys come to play together?

Three of us are brothers and played together as Civil Punk. The others, Thomas and Fearghas played together in a band called Far From Devils. Struan filled in on drums for FFD’s final gig and after that he and Thomas decided to start a new band.

Whilst genres can be fairly nondescript, what is the type of music that you aspire to create?

We want to recreate a brand of high energy hard rock and blues rock, with a touch of glam.

Which of you songs do you think best represents you?

‘Acting Like an Animal’ probably sums us up in more ways than one. It’s got the full blend of styles, great riffs and solos, and is a lot of fun to play live. Basically it started with a riff and just grew from there. We usually save this one for last, so it stays in people’s heads after the gig.

What would be the soundtrack for your act?

Motley Crue, Kick Start my Heart; Twisted Sister’s I wanna rock; ACDC Long way to the top; Johnny B Goode by Chuck Berry. These are all songs that motivate and inspire us to get off our buts and play. They all have classic riffs, solos and lyrics, and elements of that immortal rock and roll spirit that we love.

What are the ambitions for your band?

We just want to keep getting better, and play for longer to bigger and bigger crowds.

IGigs Presents is championing new and exciting music on the local scene, which Highland based new acts do you recommend checking out?

Devil’s Queen, Livestrong, King Kobalt, Edgar Road and Bloodlines are all definitely worth checking out. Other newer ones in the scene are Kryora and The Hunt.

How would you encourage folk to come and hear you for the first time?

We often quote Inverness Gigs and say we grab rock and roll by the bollocks and give it a proper shake. We promise great songs played with passion in a way they’ll remember.

IGigs Presents @ The Inverness Highland Games is on the 21st of July, 2018 6pm -10pm. Other gigs can be found on their Facebook page.

Details on the Highland Games can be found at here

Check out photos of Bad Actress when they played the Ironworks;