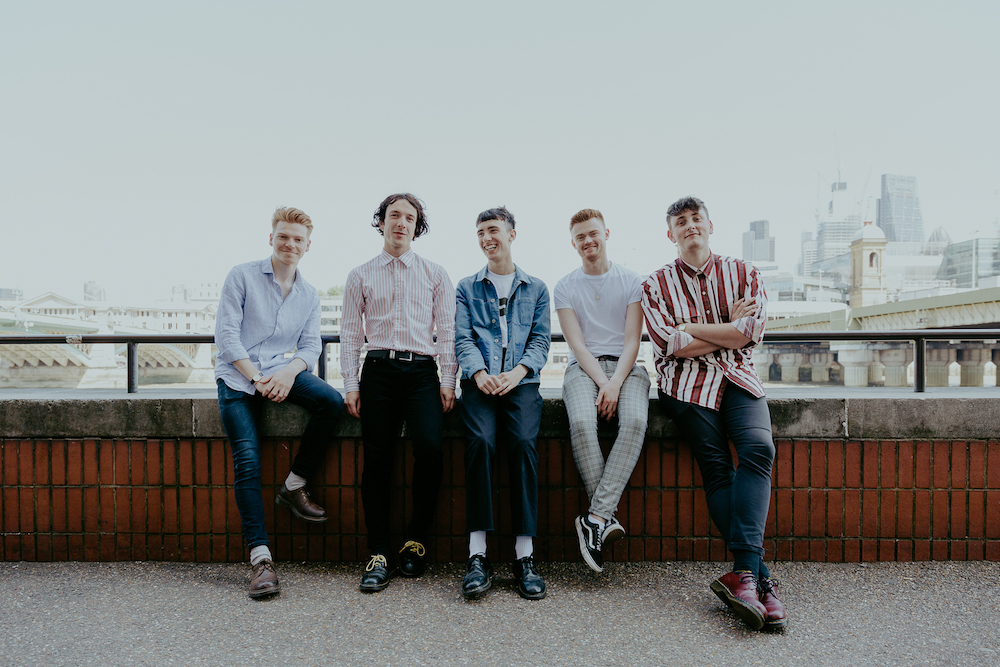 Ahead of their gig at Belladrum in August, Dancing On Tables chats to IGigs.

Dancing On Tables’ track ‘OH’ has been selected by Scottish Water to be the backing track of their new ad – first shown last week during hit STV soap, Emmerdale. We spoke to Robbie McSkimming, who formed the group with his friends in their final year of Dunfermline’s Queen Anne High School, about their sudden success.

Tell us about the TV ad?

It’s been a bit of a crazy year, but the call from our manager, Neall, about the advert topped everything. We were playing in pubs to nobody but the bar staff. We always had our hopes and kept plugging away but you need a wee bit of luck to fall your way as well.

The ad is very Scottish, is there an influence there?

We have a lot of Scottish influences, which definitely comes through in the music. The Skids came from Dunfermline and so did Big Country, so maybe there’s something in the water! The advert’s for Scottish Water, I should ask them what’s so special about the place.

You’ve been racking up some critical acclaim lately, how does it feel to be called “the new Coldplay” by The Sun?

I’m not really that much of a Coldplay fan, my favourite group’s always been Franz Ferdinand, so I found it a funny comparison.

The track on the ad, ‘OH’ was recorded in the States, I believe. Tell us about that …

‘OH’ was completed and recorded in Nashville last summer. It was a song Callum [Thomas] had a lot of the parts vaguely written for before we went but nothing really meshed before Nashville. We just weren’t able to find the right structure or vibe to make the song we wanted. When we got to Nashville we went to the RCA studios and just let the place seep into us.

Did you get along with Nashville?

Nashville’s an incredible place, everywhere you go there’s music and gigs – every pub and every street corner have brilliant session musicians performing. You can just about taste the history. We’re all huge Big Country fans, and it was a real experience to just walk about Nashville thinking Stuart Adamson [Big Country vocalist] walked these streets when he was here.

In the USA, you began writing with Femke Weidema from your record company LV Music. How did that work out?

We stripped OH right down and looked at other songs in our sets to see how it could fit. We realised that there was no big honest and emotional song there, so that’s how we set about writing ‘OH’.

Were you happy with the result?

‘OH’ is the song we’re most proud of – when we recorded it we all knew we’d captured lightning in a bottle. ‘OH’ was recorded in Nashville at around 2am, just before our flight home to Scotland. It’s an interesting blend of all our influences and we’re over the moon it’s going to be used in such a big advertising campaign.

The ad is part of a new initiative by Scottish Water to prompt people to ‘top up from the tap’. It’s obviously something you support, then?

I don’t think we’d let our music be used for just any company but we’re very comfortable with Scottish Water and what they’re out to achieve with this campaign.

Dancing On Tables plays Belladrum 2018 time and day to be confirmed.