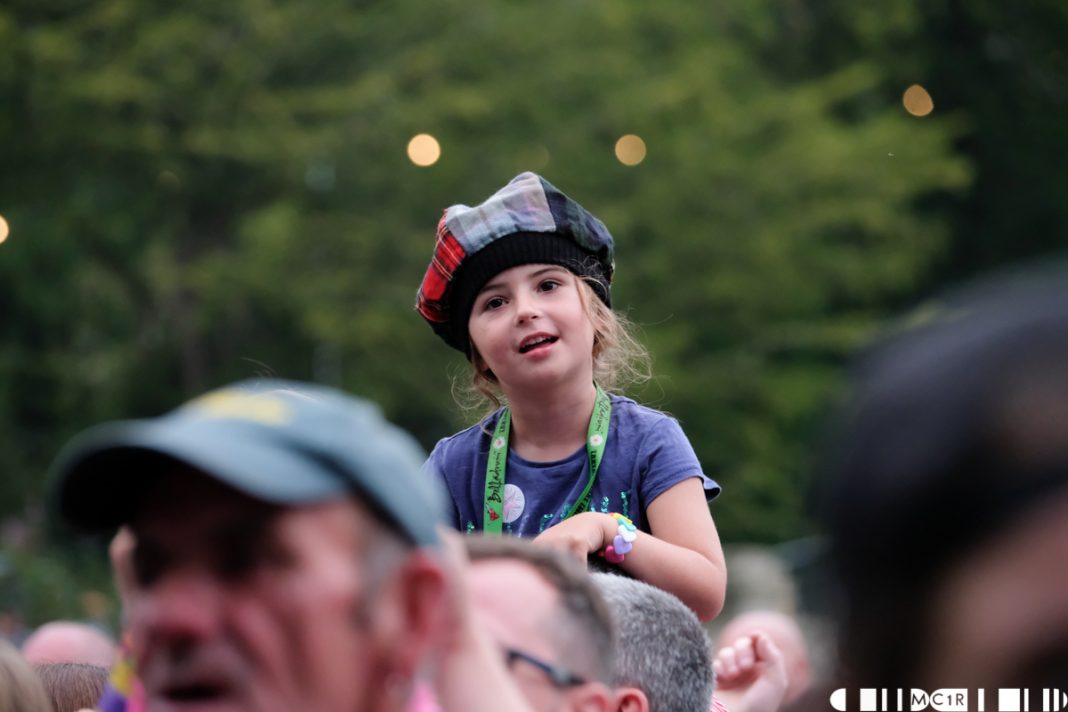 Frank Finlayson has a look around the festival site and looks at the improvements made at Belladrum 2018.

Setting off for Belladrum at 4pm can be a precarious time to head to the site and official advice advised against such travel. This year travel was smooth all the way to the car park with the added bonus of a parking space close to the exit which is unlikely to happen on Friday or Saturday but that’s the hazards of being a day tripper. The queue to get in took about 20 minutes through the bag searches and staff were both polite and helpful.

Walking through the general camping area, tents and gazebos were set up and in good shape in advance of festivities, although this I suspect this will deteriorate quite rapidly as the weekend progresses.

A further search was made on entering the arena and we were in. There was a short delay here as there were two male to one female staff doing the personal searches which held back a significant number as groups regrouped on the arena side. This was my observation and may well have been a short glitch in the system.

Once in Belladrum it seems oh so familiar. They don’t make many changes and tend to take the view if it ain’t broke don’t fix it. But they’ve only gone and moved the Seedlings Tent! It’s now next to the Hothouse Stage which, although never broke where it was, did seem to get bypassed by a lot of festival goers with it being a little of the main pitch and not a stage that you would naturally walk past the entrance off. It’s all location, location, location! It’s new home will certainly be more prominent and the young acts there should now draw larger audiences. My only concern would be the overlap of sound between the neighbouring Hothouse especially when an acoustic act is competing with a heavier, fully amped band.

With beer tokens sold next to the Bella Bar, that’s always handy, and a very short queue at this time, which there wasn’t later it was time to head for the Black Isle Bar. Just a passing comment on the use of beer tokens. This method seems to be getting phased out with many festivals now pushing contactless payments which I found at All Points East in London earlier this summer. There may be a clue in one festival being in London and the other being in a rural location, but I do long for the day when beer tokens become a thing of the past.

So onto the Black Isle Bar and they’ve ONLY GONE AND MOVED THE GRASSROOTS STAGE!!! Where it once proudly stood is now the Venus Flytrap. After a minor meltdown, and that is more than a slight exaggeration, and a sip of Black Isle Blonde the Grassroots stage could be seen beyond the Venus Flytrap Stage in an almost straight swap. I do see the logic in this as I have felt that the Venus Flytrap Stage has been caught in a no man’s land and is not part of the main hub but equally too big to be a smaller secondary stage; a stage which encapsulates a lot of the diversity which is associated with Belladrum.

Recent additions such as the Ice House Jazz stage and the Trailer Trash Saloon were already drawing dancing crowds who were making the most of Thursday night’s entertainment. Equally at the well established Potting Shed, and it’s secondary stage, their faithful had gathered like old friends for their annual shindig. There was, however, around the stalls and food area a general milling about as if they were waiting for a moment to set the festival off, that lighting of the blue touch paper moment to signal the festival has seriously kicked off.

Cometh the hour, cometh Huey Morgan with the Fun Lovin’ Criminals. Ensuring that the crowd had the times of their life the festival was well and truly underway. Headline act Amy Macdonald followed and didn’t disappoint despite the rain now starting to come down, something we are not used to (I can’t actually believe that I would ever write that) and the first evening, the prelude to the festival had left the audiences wet but in fine spirits for the two days ahead.

Want top know about the music of Thursday Night? Check out our review here.