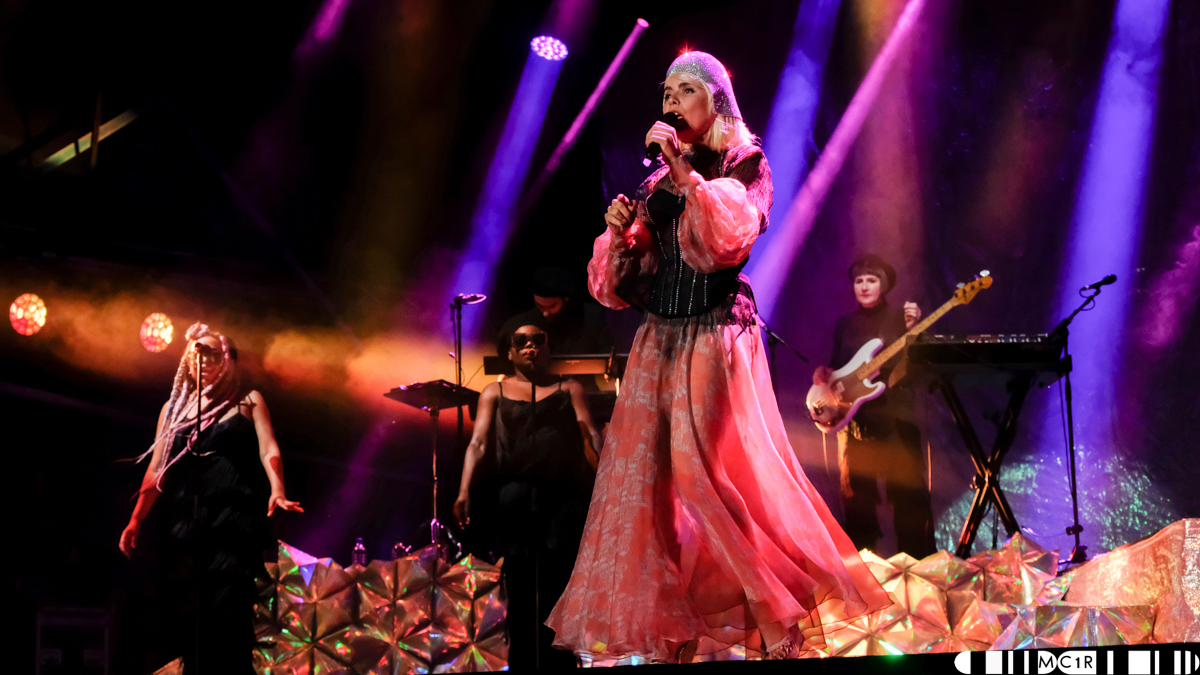 After the rain of Thursday night the Friday at Bella started dry and stayed that way despite a forecast for potential showers throughout the afternoon. First stop was the Hothouse Stage, where times appeared to have had slipped a little as Little Kicks I believe were just ending when I expected Miracle Glass Company to be starting. Once Miracle Glass Company started, and I did miss the first couple of songs which you would think difficult but this just happens at festivals, it was full on rock n roll where a simple combination of guitar, bass and drums add up to a whole lot more when you add in all three vocals.

I try not to see bands too often but in the case of MGC I make an exception as you really can’t get enough of a good thing. Playing their favourite festival, and they don’t say that everywhere, this is driving rock ‘n’ roll and every song sounds like an old favourite, even if it’s the first time that you’ve heard it. They are on an upward trajectory and know how to own a stage like the Hothouse. Third year here and I’m sure destined for a slot on the main Garden Stage.

The Seedlings Stage takes young noted acts and gives them the opportunity to impress, and more so this year with a home next to the Hothouse Stage. Grabbing that opportunity were The Dazed Digital Age who lead Gogo McKerrow informed us was only their fourth gig. Their first gig at The Strives EP launch was a breath of fresh air and they continue to impress as they hone their skills and drive a retro synth set with an 80s indie leaning. A Neil Young cover, Old Man, gave the impression that they were still probing different directions and proved they could be more than just a dance stage act. Another step in the right direction.

The Snuts are Buckfast swilling, gallus young lads from Glasgow. That’s a bit of a stereotype but the Buckie was swigged from the bottle and there was no shortage in confidence as they set about owning the stage. But their was good reason for their confidence, as they can knock out a good tune or eight in a set that had their faithful chanting their name between songs. It’s an indie sound with a bit of heart, and a sound that can go a long way. There is still that touch of raucousness which you’d associate with The View but equally that sense of belonging that songs like ‘Sing For Your Supper’ evoke. It’s all good so I’d better join in ‘Ooh aah up The Snuts!’

Isaac Gracie’s name caught my eye on the Grassroots Stage, a name I’d seen as a support act for Kings of Leon as part of the Summer Sessions at Bellahouston Park in Glasgow alongside The Wombats, The Hunna and Everything Everything. So an act must be held in high regard to earn a slot like that. Isaac’s set at Belladrum though was somewhat stripped back and just him and his electric guitar but he did say that he is more used to playing with his band.

That, however, did not stop him connecting with his audience, and they were his audience as they knew the words and were even asked if their were songs that they’d like to hear, like ‘Running on Empty’ which drew the set to a close. The songs stood on their own merits and with a full band they should be something else. A fine introduction in what turned out to be a fairly intimate gig in the tent.

Next on the Garden Stage was The LaFontaines. With Kerr Okan bridled with a wired mic there was to be no repeat of his previous antics when he ran all the way up to the terrace and joined in with audience. The LaFontaines though lead the party from the stage. To be honest they could have got away with singing a set of karaoke today and no one would have cared. They brought smiles to faces and gave the crowd a workout.

They even tried to get a pair of bouncing kangaroos on stage but had to make do with them bouncing along at the front. Security even asked them if they could get everyone to go on someone’s shoulders (ahem, that’ll be right…). Even drummer Jamie got the opportunity to sing today. It was just one of those sets that only the LaFonts could pull off.

Hunter and the Bear are turning out to be quite an accomplished act, one that has risen through the ranks from two turnouts at the Seedlings stage, once as headliner, to a prominent slot in the Hothouse. And it’s for very good reason. This is a big rock sound, an accomplished and polished sound which fills the tent and although with driving bass and drums doesn’t distract from the vocal and guitars. They’ve come a long way quickly and have their sights set on the main stage. And who’s to say that they won’t achieve that some time soon.

There was much anticipation at the Garden Stage as the crowd had filled up to await the entrance of Paloma Faith. Samuel L Jackson, his voice not the man, introduced Paloma’s arrival as he opens on her latest album ‘The Architect’. With the band assembling on stage first, Paloma’s entrance was greeted with rapturous applause as she went into her opening number. But then it all went a little downhill, and very rapidly. The volume of her vocal was less than perfect, especially to those close to the front and in the middle and there was a restlessness in the arena especially when Paloma talked firstly about suffering from a lurgy she’s picked up and then talking more deeply about the theme of kindness. There seemed to be mixed signals about whether she could be heard at all and if the live tv feed was picking her up. She worked through this confusion, with a degree of frustration, until she teamed up with B B Bones, as John Legend couldn’t get a childminder, I’ve heard poorer excuses, to sing ‘I’ll Be Gentle’ and it was clear that his mic was working far better than hers. This made the song more intimate as they shared the mic while a replacement was sourced.

I would like to apologise for the many issues with tonight’s show at Belladrum.the audience couldn’t hear me,the broadcast I don’t know what that was like and I had a sore throat #DogDays feeling crap so sorry

So for anyone who’d had enough and left before this point it was a classic, in football parlance, game of two halves. So rolling out those cliches, anyone that left early doors would have been as sick as a parrot whereas those that stayed were over the moon as the show turned on this moment. Now that everyone was fully engaged, the night went from reverse to top gear as the hits began to roll out with ‘Can’t Rely On You’, ‘Lullaby’ and ‘Only Love Can Hurt Like This’ turned what could have been a disaster into somewhat of a triumph. If only that first half hour hadn’t happened. It’s with great respect that Paloma wanted to play the early songs again, even after the broadcast had finished, as she said the audience were the ones who paid for paid for their tickets, but due to curfew it was limited to a replaying of her new single ‘Warrior’. 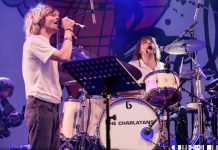 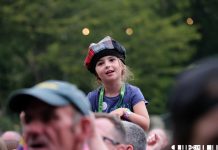 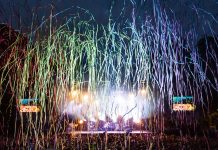