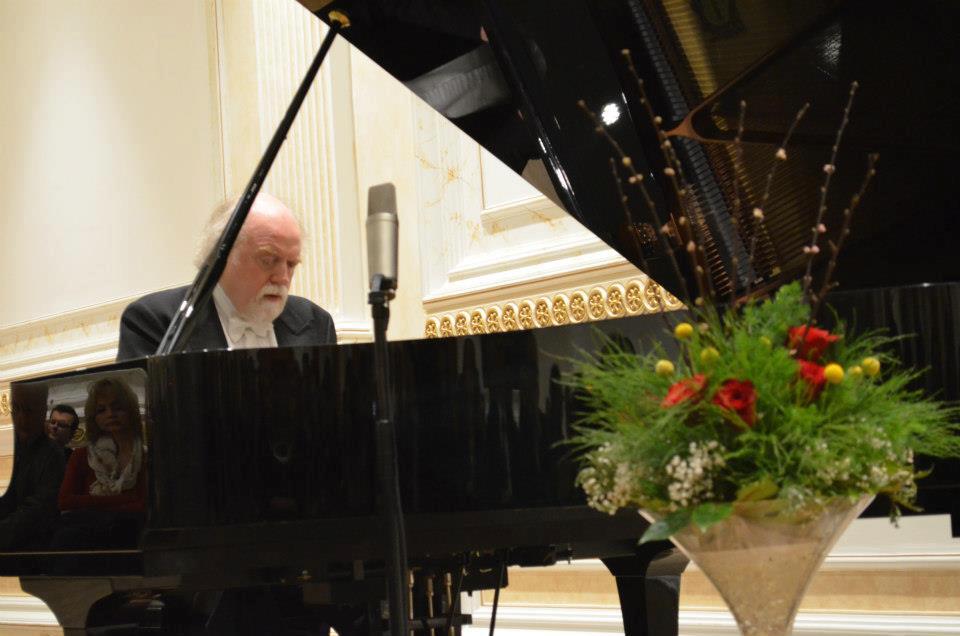 There seems to be a Russian theme lately evolving with this reviewer – the last concert reviewed was the epic Musick Fyne with the Vespers by Rachmaninov at St Johns Church.

The performance took place in the Main Hall of the building where the piano occupied the central raised stage area.  The collection of old paintings, busts and elegant chandeliers in the Hall contributed to the atmosphere – suggesting an old style drawing room.  Despite the 21st century traffic noise from outside the wooden dome of the room provided a rich resonance.  A large and appreciative audience of all ages attended.

Mr Donohoe is an accomplished pianist and graduate of Leeds University and the Royal Northern College of Music; he is also a silver medal winner of the International Tchaikovsky Competition.  For the performance this evening the works performed were Rachmaninov (6 preludes: Op.3 No 2 and Op.23 Nos1-5), Tchaikovsky (Grand sonata in G major Op.37), and Mussorgsky (Pictures at and exhibition).

Each piece was informatively introduced by Mr Donohoe.  The links between the three composers were explored with the city of St Petersburg having a central place.   The trinity have very distinct styles, but some common threads emerged. Rachmaninov and Mussorgsky shared more of the Eastern Orthodox tradition with Tchaikovsky leaning more to the west.

The Rachmaninov and Tchaikovsky formed part one of the performance, whilst after a short break Mussorgsky took up the final section.

As an illustration of how steeped he is in the music Mr Donohoe played from memory throughout without scores.  The playing was superb – shimmering chords sat atop thunderous runs of sound and quiet passages sat alongside more discordant ones.

At the end of the official performance the audience was not letting Mr Donohoe go without an encore.  Here an enchanted evening took on a new dimension. In the two short closing pieces Mr Donohoe started to carve sonic jewel after sonic jewel from the piano – rivalling the crystal chandeliers hanging from the ceiling.

This was a truly magnificent performance from a very modest maestro and Inverness Piano Recitals and Chamber Music Tours Scotland are to be congratulated on this series of concerts.

Look out for the forthcoming recital by the Scottish pianist Steven Osborne which will take place on the 4th February 2019.