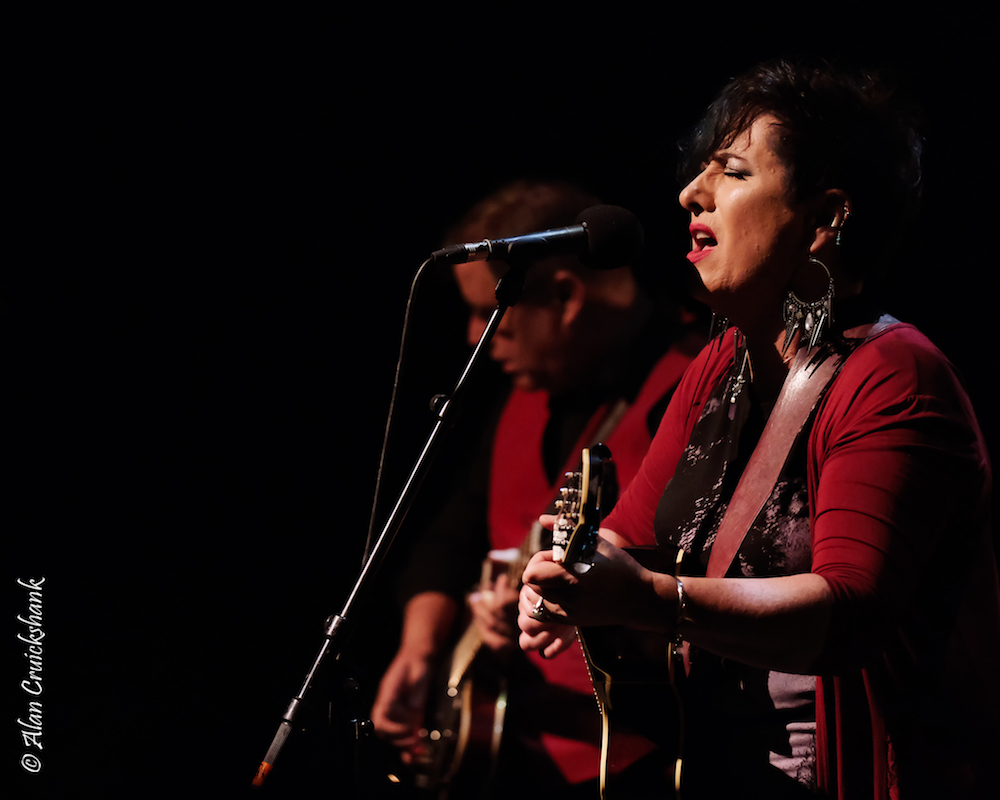 Singer-songwriter Dylan Tierney opened the night at 21 he has been gigging for several years and this experience shone through. His vocal style mostly betrays his local roots with a strong emphasis on a modern americana styling think Caleb Followill but crossed with David Gray.

At its heart the authentic and reflective soul of his songs are complemented by an instinctive songwriting talent. Drawing the audience into his world that verges on melancholia but journeying to the cathritic especially with set-ender “Keep Believing”.

It’s Susanna Wolfe and her band’s show tonight and their set is split into two; an acoustic “story so far” leading to the highlight of the of the night a fully electric play through of new album “Devil Inside”.

What apprehensions there may have been of the evening were quickly settled by an audience member shouting “How you doing Susanna?” as she prepared for her first set. She later refers to her anxiety about the night and her battle with a cold throughout the week, none of which is particularly evident throughout the evening.

The acoustic set is infused with nostalgia the songs charting “where it all began”, but for the uninitiated it gave the first glimpses of the band. My partner for the evening whispered “incredible” into my ear during the first song as the glory of Susanna’s voice is unleashed. Second last song “If Wishes Were Horses” allows the whole band to shine and the audience can be considered warmed up.

“Devil Inside” was released in the summer and tonight is the first time to hear the band play the album in its entirety. The evening traverses the emotions and, like their support, do so with a sincerity that is so often amiss in contemporary music. Susanna’s vocals are complemented by Garry Reynold’s guitar playing with his occasional riffs so very pleasing on the ear.

When Susanna declared that she needed her “big girl knickers on for this one” for “Battered and Broken”, it did make us a little anxious, but it was a pure and beautiful rock tune that was loud and proud, exactly what we like. Other highlights of the evening for us included “Dances With Shadows” and set-ender “Wild Dogs”.

Ironically it’s the first song’s lyrics that come to mind at the end of the special evening “I’m walking away with my head held high”, the band certainly deserve to be proud of the album and of the evening.

You can check out the album via the band’s Facebook page.