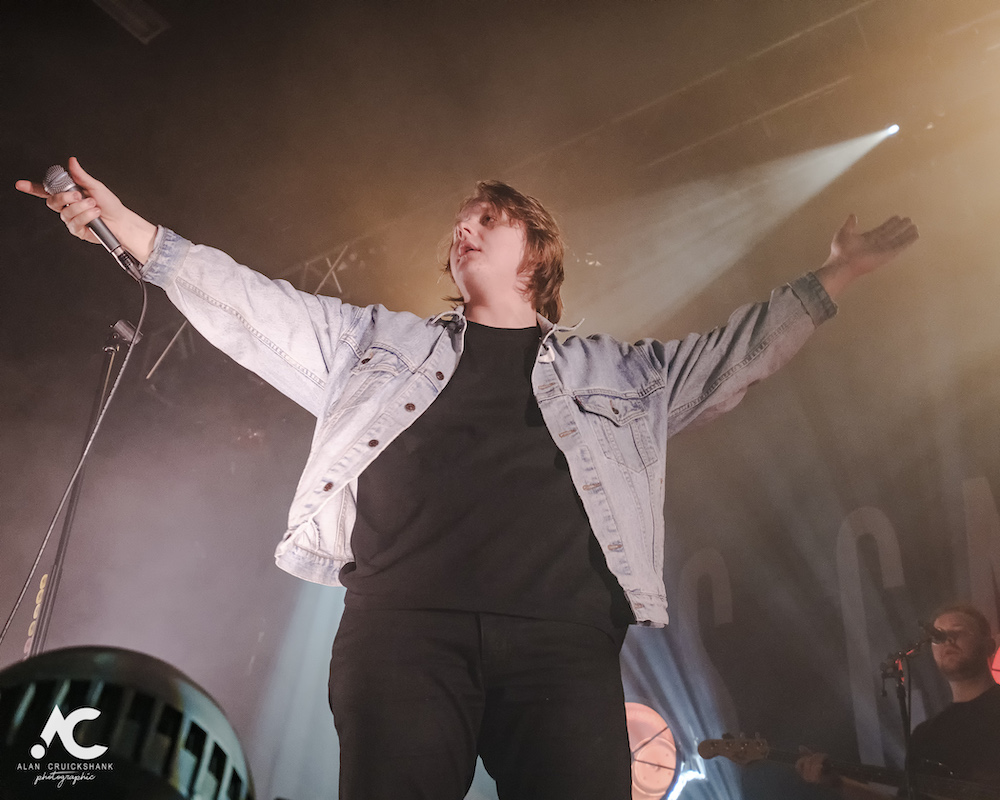 Lewis Capaldi , with support from Nina Nesbitt, at Ironworks, Inverness.

Last year, singer-songwriter Lewis Capaldi played a set for the Little Bird Coffee House. Last Saturday, that same Lewis Capaldi finished his six-week tour to a not-so-little (sold out) Ironworks. It was a gig not to be missed. But if you did happen to miss it, let me boast about what a good time the audience and I had.

original songs such as ‘Colder’ sent shivers down my spine

He was joined by fellow Scot Nina Nesbitt for the duration of the tour. I related to the lyrics of her songs, but unfortunately not to her incredible musical talent. Her original songs such as ‘Colder’ sent shivers down my spine despite the room being as boiling as you’d expect a sold out gig to be.

Nina definitely showed off her vocal range when covering Toxic by Britney Spears and the lady next to me was clearly inspired to do the same. It was as though Nina wanted the audience to be involved in her set, as she only had her guitar and piano with her on stage. The audience happily took the role of being her backing singers (and on the not so-rare occasion – dancers).

After a very dramatic introduction, a bit of ABBA was played. If the crowd had not been singing along already, they definitely were now. As soon as Lewis Capaldi and his band entered the stage they began captivating us with his music. He sings with such perfection that you almost believe it’s not real, until the true emotion in his voice reminds you that it is.

His hilarious interaction with the audience certainly made the show. One minute I was cracking up with laughter and the next I was swaying my arms to his heart-wrenching ballads.

My sister (a pianist) turned to me and said ‘I want to be in a band with him’. Sure enough, the band looked as though they genuinely loved playing the music. You could presume that towards the end of a tour a band would grow sick of playing the same songs over and over again. It was difficult for this particular band to feel like that when the songs were that good.

So if you do regret not catching Lewis Capaldi at the Ironworks; don’t fret. Last year it was Little Bird Coffee House, this year it was the Ironworks and next year it’s the main stage at Belladrum. I’d try to catch his set before much bigger stages beckons.