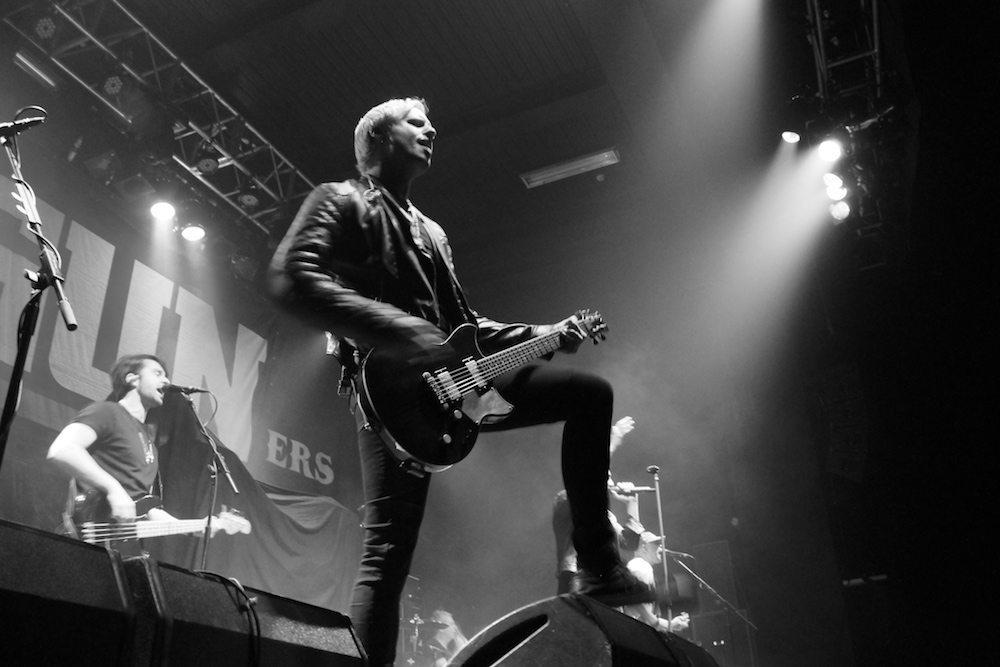 After the success of the inaugural Monstersfest and a slight adjustment to rename it ‘Monsterfest’, promoter Mark Allison has confirmed  the return of the indoor festival to the Ironworks along with the first announced headliner, Glasgow rockers GUN.

In the aftermath of this year’s well received event (see our photos of the gig here) featuring The Dead Daisies, Dan Reed Network, Tygers of Pan Tang, The Amorettes and Bloodlines, the festival asked for feedback from the audience and it was a resounding yes for a return.

The format has slightly changed and this time around it kicks off on the evening of Friday 15th November 2019 and carries on through all day Saturday. Other events in the town in the week leading up to the festival are currently in planning and will be announced in 2019.

Gun’s latest album ‘Favourite Pleasures’ was released in 2017 to critical acclaim and their most successful since the days of ‘Swagger’ and ‘Gallus back in the mid-nineties. Their most recent visits to Inverness include the Ironworks in support of Black Star Riders where they blew the headliners off the stage in 2017 and before that we found them in various tents across Loopallu and Belladrum.

Joining GUN will be Häxan a three piece rock band from Wales. Sisters Sam and Charlotte Bolderson, (Vox/guitar and drums) are joined by Harriet Wadeson on bass guitar and have influences ranging from Suzi Quatro, AC/DC and Led Zeppelin. We’ve had a listen online at we’re impressed with what they’ve put out so far, it’s certainly monstrous enough to give GUN a run for their money! Harriet from the band told us, ‘We’re so excited to be heading up into the highlands! Last time we played in Scotland, the crowd were pretty wild, and we can’t wait to soak up that atmosphere again. Here’s hoping it’s one to remember!’

Edinburgh rockers The King Lot are the third act to be announced and are very much in the same vein as the other two acts. Their second album ‘A World Without Evil’ was released this year and has featured on Spotify’s new music Hard Rock playlist. They’ve toured with like minded rock acts Tyketto, The Answer, Inglorious, Big Country and Dan Reed so they should be nicely warmed up for the Inverness audience come next November.  The second headliner will be announced in the new year along with more special guests.

Monsterfest 2019 will be held over Friday the 15th November 2019 and Saturday the 16th of November.