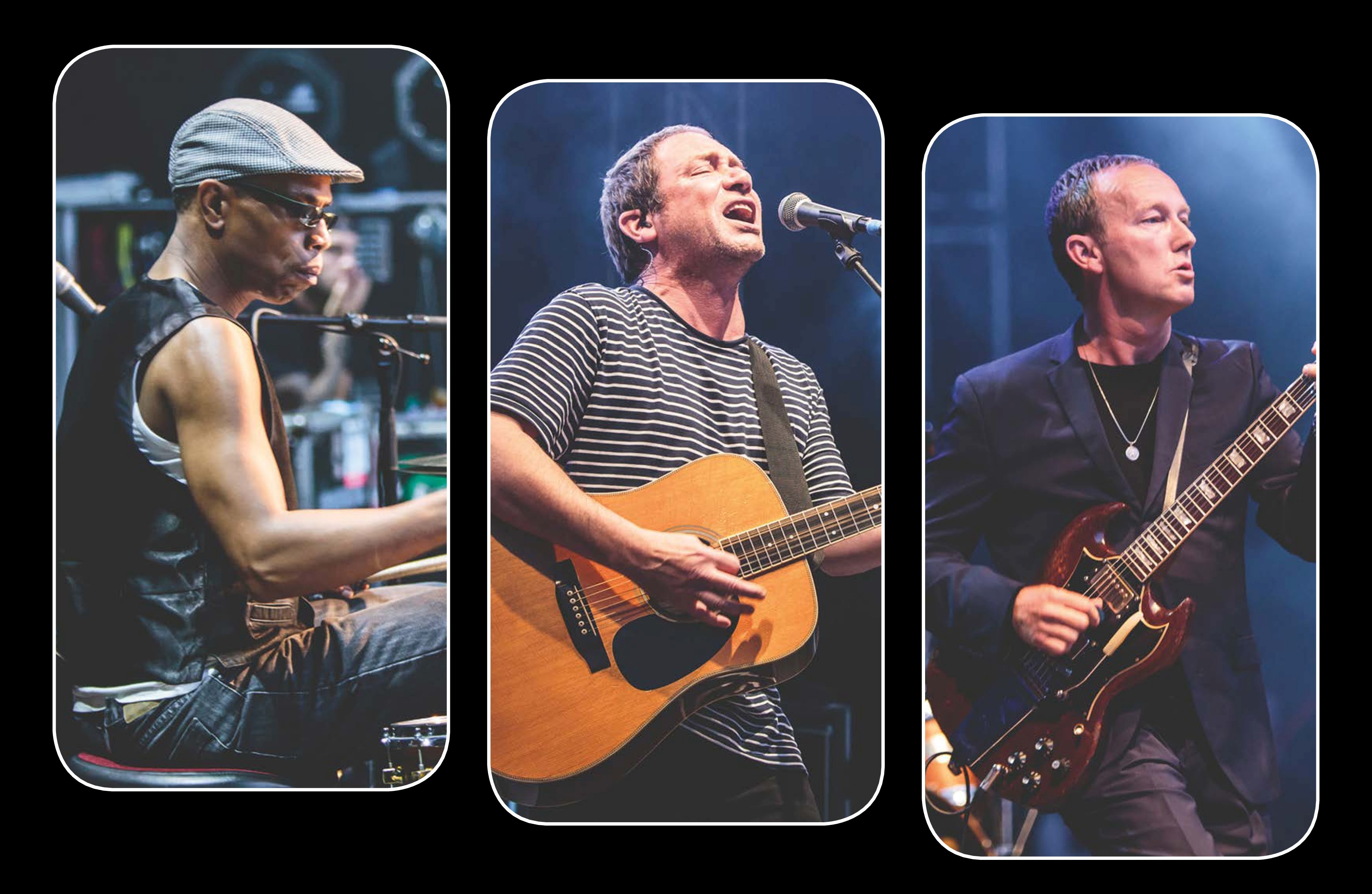 Ocean Colour Scene have notched up nine albums, three of which went Top 5 – 1996’s Moseley Shoals, 1997’s Marchin’ Already and 1999’s One From The Modern – and a run of nine successive Top 20 hit singles commencing with 1996’s The Riverboat Song. They supported Oasis at their massive Knebworth shows that same year, and two years later helmed the biggest arena tour of any UK band to date. Their achievements have been nothing short of phenomenal.

From their days as Breton-shirt wearing disciples of The Stone Roses (debut single ‘Sway’) to million selling Britpop superstars (‘Marchin’ Already’ bumped Oasis’ ‘What the Story’ from the top spot in 1997) to long-term touring allies with Paul Weller, they have always stood shoulder to shoulder with the greats of modern British rock.

2016 was a triumphant year for the band that included sold out shows at The SSE Hydro in Glasgow, 2 nights at the Millennium Square in Leeds to 12,000 people, a night at Times Square in Newcastle, 2 nights at Moseley Park in Birmingham and a night at the Manchester Apollo. Unforgettable nights for everyone who was there.

Due to huge demand the boys are back in Scotland Summer 2019!

Caroline Campbell, Venue Director, says, “We’re always thrilled when artists return to the Ironworks.  We’re delighted that Ocean Colour Scene will once again make Inverness part of their Scottish tour and know their fans will be too.”

Interestingly Ocean Colour Scene are taking a stand against the touts and anyone buying tickets will have to be present at the gig with a maximum amount of six tickets per customer, they also need to enter the venue at the same time as their guests. Bands like Iron Maiden have been using similar schemes to this over the last couple of years and it does seem to help against the issue with touts selling on tickets.

Tickets will be on sale at the Box Office during Opening Hours or www.ironworksvenue.com from 9am on Friday 8 February 2019.

To assist in the prevention of resale, the name of the lead booker who places the order will be printed on each ticket for this concert. In order to gain entry to the venue, ticket holders will be asked to present PHOTO ID matching the name printed on their order. This means that each ticket purchaser must enter the concert at the same time as his or her guests. Maximum 6 tickets per customer.  Anyone found to be exceeding their ticket limit will have their tickets cancelled.