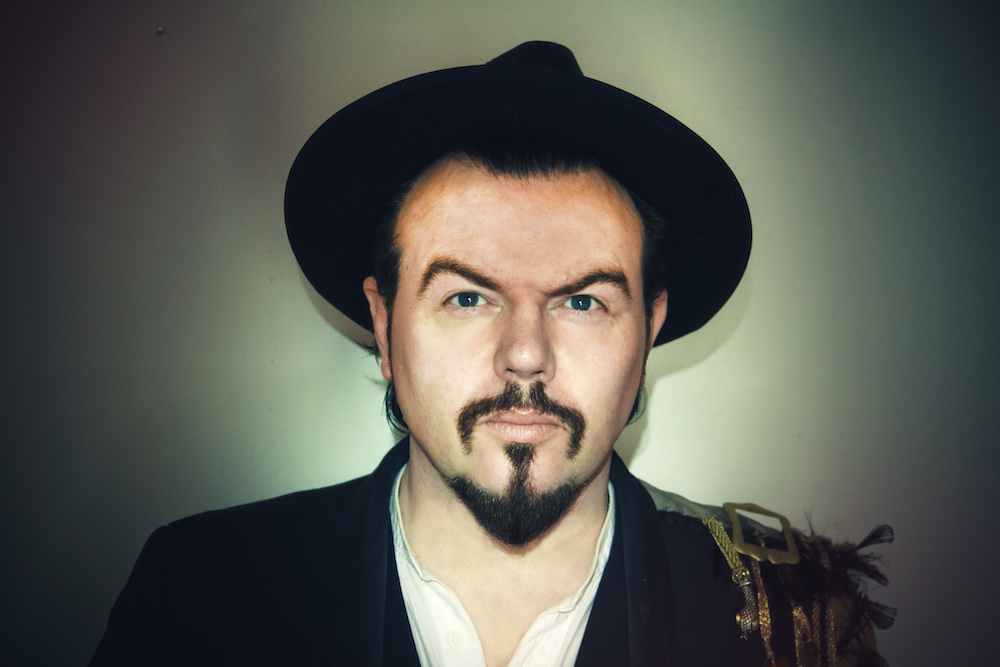 Ahead of his gig at Tooth & Claw in March, Jack Lukeman chats to IGigs.

To our shame our first experience of Jack Lukeman was as he supported The Proclaimers in November. The fact that he is a multi-award-winning, platinum selling act, with 12 albums under his belt, can only add to our embarrassment.

Jack’s passion for gigging and a clear appetite to keep pushing towards new audiences sees him start a 23-date tour at the Tooth & Claw. We couldn’t pass on the opportunity to ask him a few questions about his music, his next album and starting with life on the road with The Proclaimers.

You last ventured to Inverness when you were supporting the Reid brothers, how was life on the road with The Proclaimers and who did it compare with other tour supports you have done?

It was great fun and fantastic to see lots of Scotland and all its beauty. The proclaimers and all the band crew and management were fantastic, they couldn’t have been nicer.

In general support acts/ special guests are really well looked after nowadays. It was also wonderful to hear the audience sing along to all those great songs.

A career that has seen so much popular success, do you ever ponder about what draws the audience to you?

I just try to do to an audience what music has done for me since I was a kid. Which was to lift me up provoke ,joy, thought, mystery or just a good old song along

Next to that I like to think I sing interesting songs. I can hold a tune and know how to get to the centre of a song. Live gigs are a creative space for me and when the audience gets onside it can be a beautiful thing.

What is your relationship to listening to music now as a fan, and how has that developed over the years?

I listen to music all types of music all the time. It’s always been a passion and obsession. I’m just a music lover.. It’s still a great pleasure and a stimulant. Though when you are a music maker you probably have more of a technical ear but that only increases the magic really

You have announced 35 gigs for the first 4 months of 2019, what is it that particularly draws you to life on the road as a musician, and how does it impact on your creativity?

Life on the road is pretty simple. There’s a zen like quality to only being able to have a certain amount of material things with you. Also your only focus is the gig and the music .Every day is a great adventure and you’re the conductor so it’s a pretty exciting way to live. Songs get written on long journeys and can be rehearsed in sound checks so it can be pretty creative all round. Unless your just too wrecked

How did you select your support, Lucas & King, for the Inverness gig?

You get a lot of different music sent to you by acts looking for an opener and some stuff stands out from the others.

They obviously stood out because they make fab music. It’s also nice to see a duo which is rare these days.

Your most recent album was described by Americana UK as “An album of earworms”, how does that represent your intention when you constructed the album?

Yes I’m very fond of a hooky chorus or melody line so I’m glad to hear them described that way. I wanted all the songs to have an individuality and distinct theme and I think I achieved that with songs like ‘The Sunset is Blue On Mars ‘Sky News Blues ‘King of Soho’ etc

‘Magic Days’ has been out for a while, what will it take to see you venture back to the studio for your thirteenth album?

I’m in the process of getting a new album together this year. I’m still enjoying playing the songs off Magic Days as there still fresh to new audiences. I road test new songs and see what connects.

I think the old album cycle of album/Tour has changed when you’re in a world of “free music in a capitalist society”. My shows are a creative space where new songs are coming and going until a new album is born and the wheel turns again. Or maybe the record spins .

Jack Lukeman plays the Tooth & Claw on March the 6th.

META
We ask Person of ACT a few questions ahead of their gig at Venue, Area on the date.