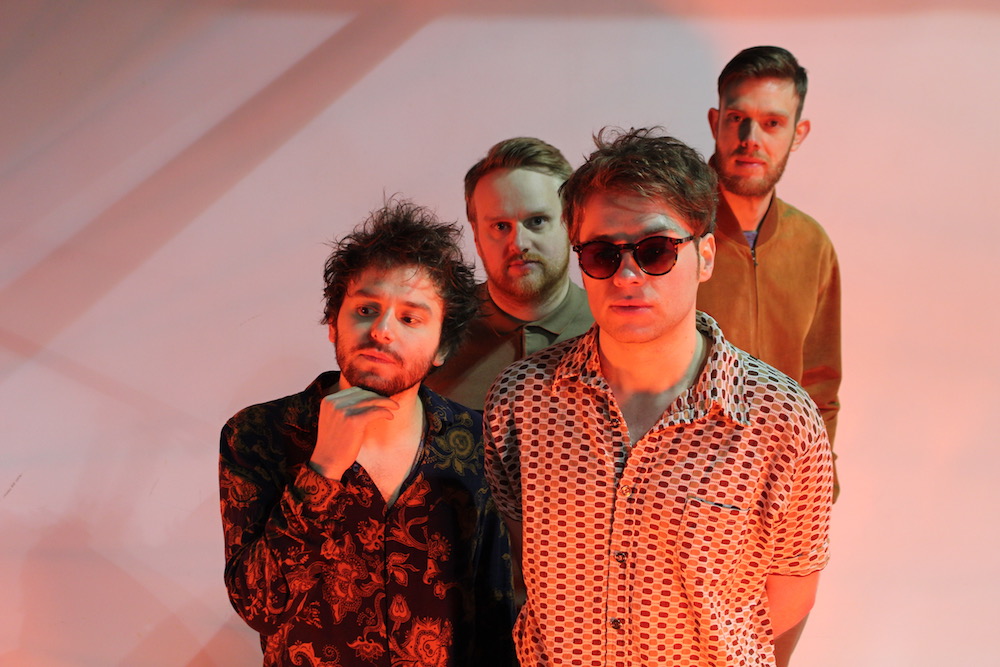 The Ironworks have announced that IMOUT Records will be presenting Lional, Iain McLaughlin & The Outsiders, Pure Grief and Misty Badger on Friday 3 May 2019.

Formed in early 2014, LIONAL have well and truly established themselves on the Inverness and wider Scottish music scene  The band signed to independent record label IMOUT Records and released their debut single “Season of Salt” in the winter of 2015.  As a result this coincided with no less than 3 of their songs featuring in the Top 20 of The Herald Scotland’s Top 100 Scottish Songs of 2015 with single “Season of Salt” being their highest entry at number 11.

2016 saw the band nominated as best newcomer at the annual Scottish Alternative Music Awards and gain continued support from BBC Radio Scotland and Amazing Radio.  They were also included in Vic Galloway’s 25 Bands to Watch and Jim Gellatly’s 10 Picks for 2016 in The Scottish Sun.  2016 also saw the band venture out internationally after being selected to perform at renowned music industry showcase MUSEXPO in California.  The band followed this up with the release of their second single & Double A-side “Lonely So Long” / “Black Magik” to critical acclaim in October that year.

Lional spent the first half of 2017 writing and rehearsing new material, culminating in studio sessions with acclaimed producer Colin Elliot (Richard Hawley, Paul Weller, Duane Eddie, Kylie Minogue) at the renowned Yellow Arch studios in Sheffield. In 2018 the band released two singles from these sessions, the anthemic “Moonlight” in March and it’s follow up – the critically acclaimed “Dark Sunglasses”, showcasing a marked progression in their sound.

They follow this up with the release of not one, but 2 new tracks in May 2019 and celebrate with this special home town performance.

Iain McLaughlin and the Outsiders

Iain McLaughlin has lived in Inverness most of his life and in recent years has established himself as an integral and dynamic part of the city’s music scene as a performer, producer and founder of independent label IMOUT Records, but is perhaps best known for his role fronting The Outsiders.

Having spent the last few years in the producer’s chair at the helm of projects with Dr. Wook, Lional, The Little Mill Of Happiness, The Strives and Robin Abbot, the release of single “Salvador” in September 2018 – the first new material from the Inverness post-grunge noisemakers since 2014’s “Falling Through The Dark” EP – marked a re-immersion of the band into the live environment and the first of four tracks to be released in the coming year.

It’s in the live setting where the band’s reputation has been earned.  They create a mesmerising simultaneous aesthetic blend of exuberance and fragility, light and dark and an unashamed and honest exposure of the highs and lows of the human condition that infuses into a wall of sound that crashes over audiences in great sonic waves. It’s sound that draws on the big skies and wide horizons of the North of Scotland, music that could only come from where it was made.

Also on the bill a welcome return to Inverness for Pure Grief and a debut for Misty Badger.

Tickets on sale from Friday 15 February at the Box Office or www.ironworksvenue.com.