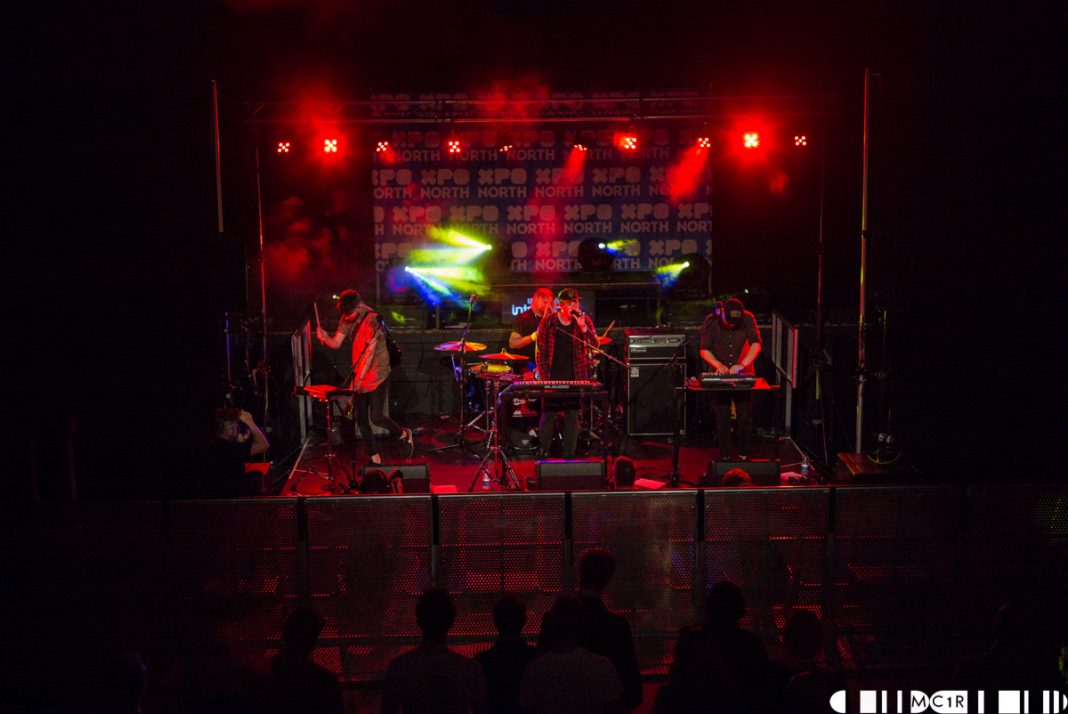 Placed as one of Vic Galloways bands to watch in 2019, Folda are coming to The Tooth and Claw as part of their 3 date Scottish tour.

Launched in January 2018, Folda have quickly gained a name for themselves in the Scottish music scene including playing festivals XpoNorth and Belladrum.

The four members of the Dark Pop Edinburgh based band  – David Ritchie, Mark Morrow, Ewan Simpson and Steve Morrison – have all been working in the music scene in bands and production before Folda.  We talked to them about their up and coming tour which sees them play in Aberdeen, Edinburgh and Inverness.

When asked what they were looking forward to most in the show they replied, “We’ve been working away on our live set and production. Trying to bring as big a show as possible to the venues we are playing.”  We quizzed them further about their live performances and their favourite show;

“We like to bring as big a show as possible wherever we go. Not just on the music side of things, but a lot goes into the visuals for the live show. Favourite gig so far would probably still be our first headline show in April last year.”

The group have played up north a couple of times last year at Bella and XPO and we wondered whether they noticed a difference between the crowds further south and up her in the north.  “Yeah, we’ve been quite lucky to play those festivals within our first year – they were great! Everywhere has been really receptive really!”

Finally we asked them what advice they would give to new bands starting out on the same journey;

“Be prepared! Although we have only officially been a band for a year, a lot of work and writing was done prior to this. We’ve all been in bands before so knew what roads to go down from the start. I guess my advice would be is to just work really hard in the right areas – make good contacts and just remember why you are doing what you are doing!”

With all the support Folda are getting this may be the last chance to see them at such an intimate setting!

See them at the Tooth and Claw on Friday, 12th April.