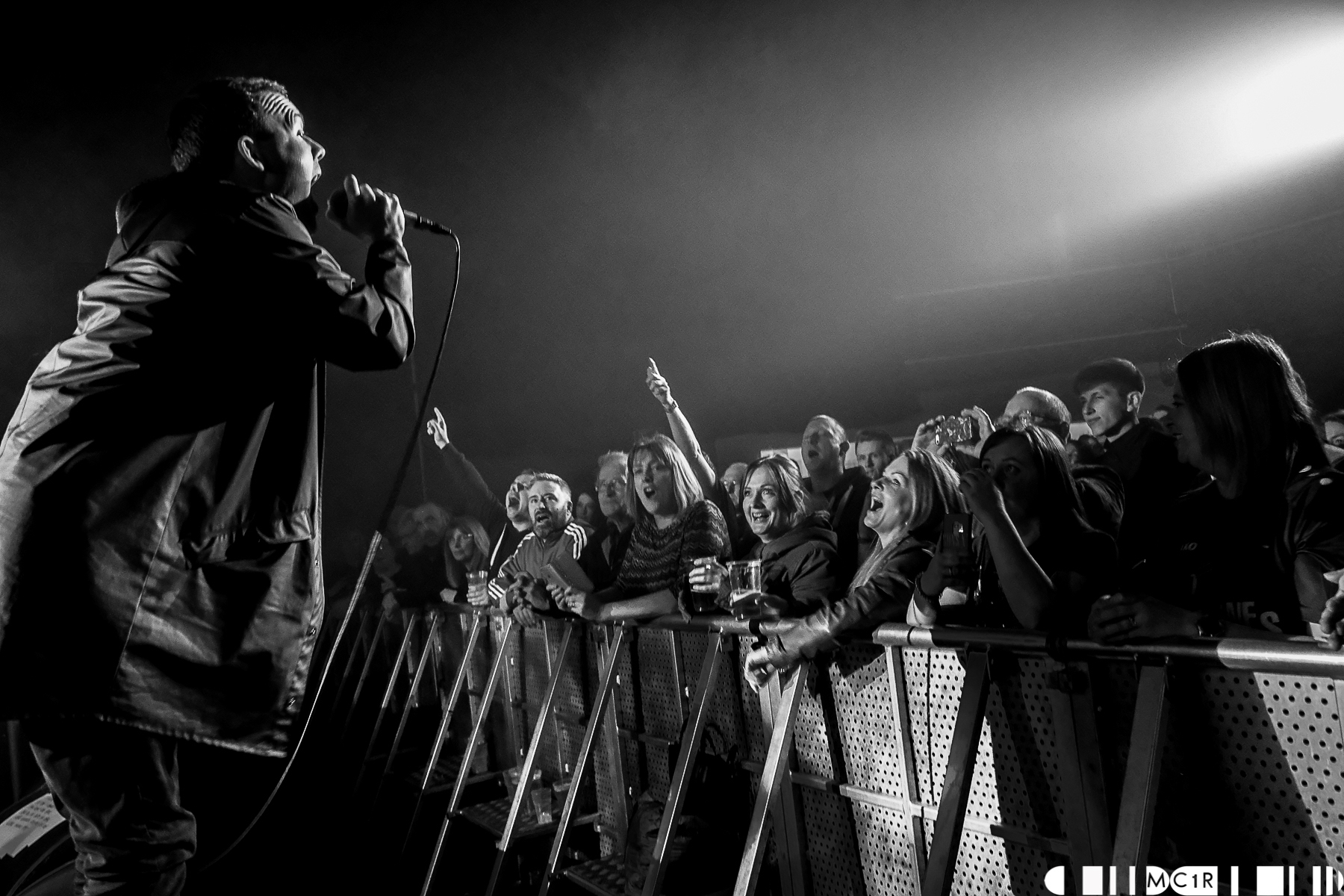 Slow Reader’s Club, with support from The Tea Street Band, at the Ironworks, Inverness.

Tonight’s support is provided by The Tea Street Band and they’ve made the long trek up from Liverpool in a Ford Fiesta minus two band members. They’ve not had their tea and despite pleas for recommendations for a decent Chinese takeaway, they are met with nonplussed silence. I’m afraid that they’re going to be disappointed.

The tunes are heavy on the reverb with the guitar reliant on a fair bit of echo which for a few songs is ok, but it does get a little samey a few songs in. Each song seems to be played at a similar bpm which ultimately has a soporific affect and it’s difficult to discern much difference between songs. This could well be due to them missing half the band so I’m not sure whether this is a fair reflection. Judging by the expressions on their face at the end of the set it’s possibly they know it too. It’s difficult to give a fair review based on this and fair play to the band for making the effort to meet their commitments.

Opening with ‘Fool for your Philosophy’, Slow Readers Club are out to entertain, lead singer Aaron Starkie is an intense figure rarely breaking eye contact with members of the audience as he moves across the stage. There’s been plenty of lazy Joy Division comparisons flung about but, vocally at least, Gary Numan would be a closer match in this reviewers’ ears.

The music is a good fit for the Ironworks but equally you can envisage it gracing larger festival stages or stadiums, on social media there have already been calls for them to return North to grace the stages at Belladrum.

Their third and most recent album ‘Build a Tower’ charted at Number 20 and enabled them to go full time as a band. A telling indictment on today’s music scene where the days of lucrative record deals are now a distant memory and bands are often working along with making music. It does make you wonder how many bands are being burnt out before they have a chance of reaching anywhere near their full potential. Musically they are reminiscent of bands like the Editors, Interpol and yes, Joy Division too, but they’re a strong act in their own right

In that time they’ve built up a loyal fervent following with people travelling up from Glasgow and Manchester specifically to see the band this evening. Calls of ‘Readers’ are hollered out during intervals between songs and a small band of rabid fans down the front are clearly having the time of their life getting up close and personal with the band.

Fan favourite ‘Lunatic’ ups the ante that little bit more and proves why the band are becoming such a hot ticket. They batter through a sixteen song setlist in just over an hour, keeping any between-song banter to the minimum. There’s no encore but the band are at pains to say that they’ll hang around after the gig to sign merchandise and have photos taken with the fans.

It’s a rare thing these days to see band and audience have such a close connection with their fans and it’s refreshing to note that the back of the crowd chatter that so often blights gigs in Inverness is near enough nonexistent this evening.