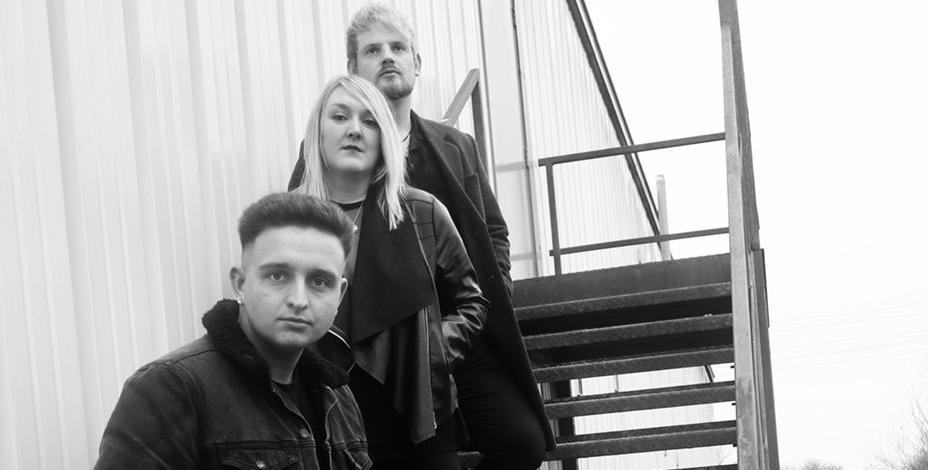 Ahead of their gig at The Tooth & Claw in March, Sarah of Primes answers a few questions.

Bursting onto the scene with the release of “Breathe” in early 2018 the trio hailing from Falkirk have been building up quite a momentum that saw them selling out their first King Tut’s gig. Now hitting the road Primes are bringing their show to Inverness, so of course we wanted to ask the band a few questions.

Latest track “Don’t Forget Your Memories” has a feel of a great swirling anthem that would not be out of place in big venues, what are your ambitions for the track and the band itself?

The ambitions are the same whenever we release a track. We try to reach as many new fans as possible. The more people that get to hear our music, the better. Our band ambition is to just enjoy the journey and try to reach our full potential in everything we do. We believe that we will only get out of the band what we put into the band so we try our best to give it everything.

Jim Gellatly described Primes as having an “exciting brand of pop-tinged alt rock”, do you think that’s a fair interpretation of what you are trying to achieve?

Jim’s hit the nail on the head really. We’ve created a sound which Incorporates our diverse musical tastes into something a little bit different. We never sat down and said “let’s make a pop alt rock band” but it’s certainly a good description of our sound. When we write together that’s what comes out and Jim’s description really sums us and our music up.

You have spoken of some of your influencers as being Biffy Clyro, Placebo and Kings of Leon if you could have written one song from each of those bands which would it be and why?

For me (Sarah) – Placebo are my biggest influence, my guitar playing and style of playing is pretty much by learning every Placebo song I could have growing up. I wish I had written “Without you I’m nothing” so I could share with the world a song I had written with David Bowie.

(Reece) – Biffy ‘The Captain’. The song has such an exciting and powerful opening, and every time it’s played live it captivates and lifts the crowd instantly.

(Ollie) – KOL ‘Four Kicks’. It’s simple, it’s just bare bones rock and roll but completely brilliant. I’ve listened to the song for years and still don’t know all the lyrics! There’s something intriguing about it and it was a song I loved the first time I heard it, and still do to this day years later.

You have managed to burst on to the Scottish scene despite some of the challenges of coming from a smaller town, what do you think the trick(s) of your success has been?

Work as hard as you can every single day. Be nice to people and make friends in the music scene. Don’t compare yourself to other bands but spend the time learning what other bands are out there. Support your local music scene. If there isn’t one, try to create one.

We are playing at festivals such is Vibration Festival, Forthside Festival and Party At The Palace. We are going to make our Debut in England in July with a couple of dates in Manchester, Sheffield and Newcastle coincided with another Single release.

After the summer, we are going back into the studio to record our 5 Track Debut EP. That will be released at the end of 2019/ beginning of 2020.

Primes , with support from Forgetting The Future and Dylan Tierney, play Tooth & Claw, Inverness on the 22nd of March.