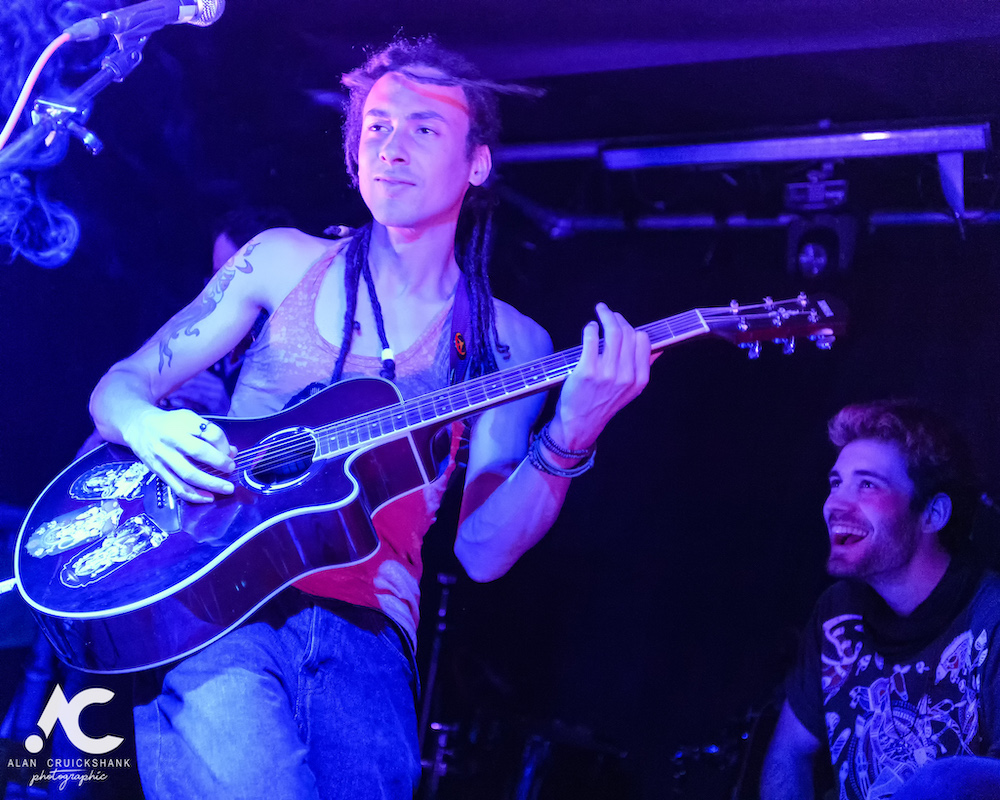 Ahead of the Battle of the Bands final at Tooth and Claw in March, Noah of Ramanan Ritual answers a few questions from IGigs.

Evolving from the imagination of Noah Ramanan, Ramanan Ritual are a four piece band of Highland hippies whose music is described as “brewing up psychadelic folky blues with a world of musical influences”. It is perhaps unsurprising that the band have done so well at the Battle of the Bands, so it was great to get to ask them a few questions;

It’s amazing to be in the finals! The band had just fully formed and the competition came up as a gig opportunity and we went for it. I think it’s really inspired us to really push ourselves.

I think our music is just really different to the other bands in the competition and that turns heads! We draw on alot of different influences so that makes it appealing to a wide audience.

To be honest we haven’t really thought about the money! Everything from gigs so far has just gone into a pot. It will probably go into getting an album out in the near future.

Oooh, I always struggle with this question. Let’s go with ” if Nick Drake grew up in India listening to Black Sabbath in a jazz bar”

It was pretty straight forward picking the songs, we all have our faves and kind of know which ones resonate with the crowd most. We want the show to be super high energy, have good vibes, get people engaged and smiling! We also wrote a new song for the final which has been alot of fun.

I was totally mesmerized by Wilson Noble in the first round, he’s doing some really cool loop pedal stuff that just blows my mind. It feels really fresh and musically diverse.

2019 looks to be an awesome year, we have a load of cool gigs lined up so keep your eyes peeled! And we definitely want to spend some time in the studio to get some tasty recordings done an album has been a long time coming.

Ramanan Ritual joins Monsters in the Ballroom and The Dihydro in the final of the Battle of the Bands at The Tooth and Claw, 23rd of March, 2019.

See what fellow Battle of the Bands finalists, The Dihydro, said for themselves below;