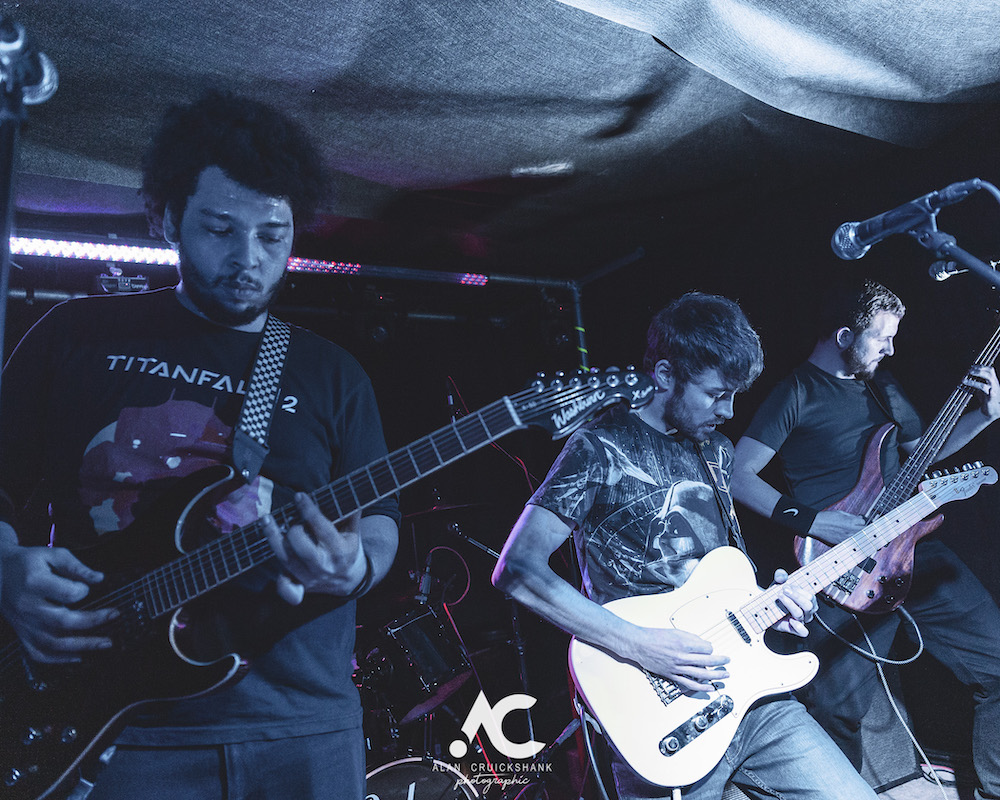 Ahead of the Battle of the Bands final at Tooth and Claw in March, Monsters in the Ballroom answers a few questions from IGigs.

Whilst the band members first met in college several years ago, it is surprising to note that Monsters in the Ballroom have played live only a handful of gigs. They deservedly made it through to the finals of the Battle of the Bands with a wildcard;

Insane and surreal, since this is only like our 4th gig.

We think its the simple catchy-ness in our songs. As we often say ‘Not groove, no point.’

We’re going to focus the potential prize back into the band to get our debut Ep recorded and released, and get some merch out there for our fellow fiends.

We provide a solid groove in differnt flavours, and we’re heavy in all the right places.

Let’s Stop Hanging Out by Reuben

Thats What You Get by Paramore

Keep Your Eyes Peeled by Queens of the Stone Age

Statues of Shame by Black Peaks

‘Kink’ for sure just because we love that tune, short, dirty and sweet, and people love it. And Nobodie’s Blameless, Its a great track to end on and has a few nice ups and downs.

That kind of a hard question to answer, as its been a pleasure to play along side  all off these great artists. King Kobalt, Midnight Pacific, Colin Cannon and The Dihydro, all great acts with so much veriety between them theres something there for everyone.

Our plans for 2019? well we just aim to get out there as much as possible as getting as music there as possible or as much as working full time permits anyway. admitadly things moved far  quicker than we had belived they would so finding out what we do this year is gonna be fun

Monsters in the Ballroom joins Ramanan and The Dihydro in the final of the Battle of the Bands at The Tooth and Claw, 23rd of March, 2019.

Check out their fellow finalists;