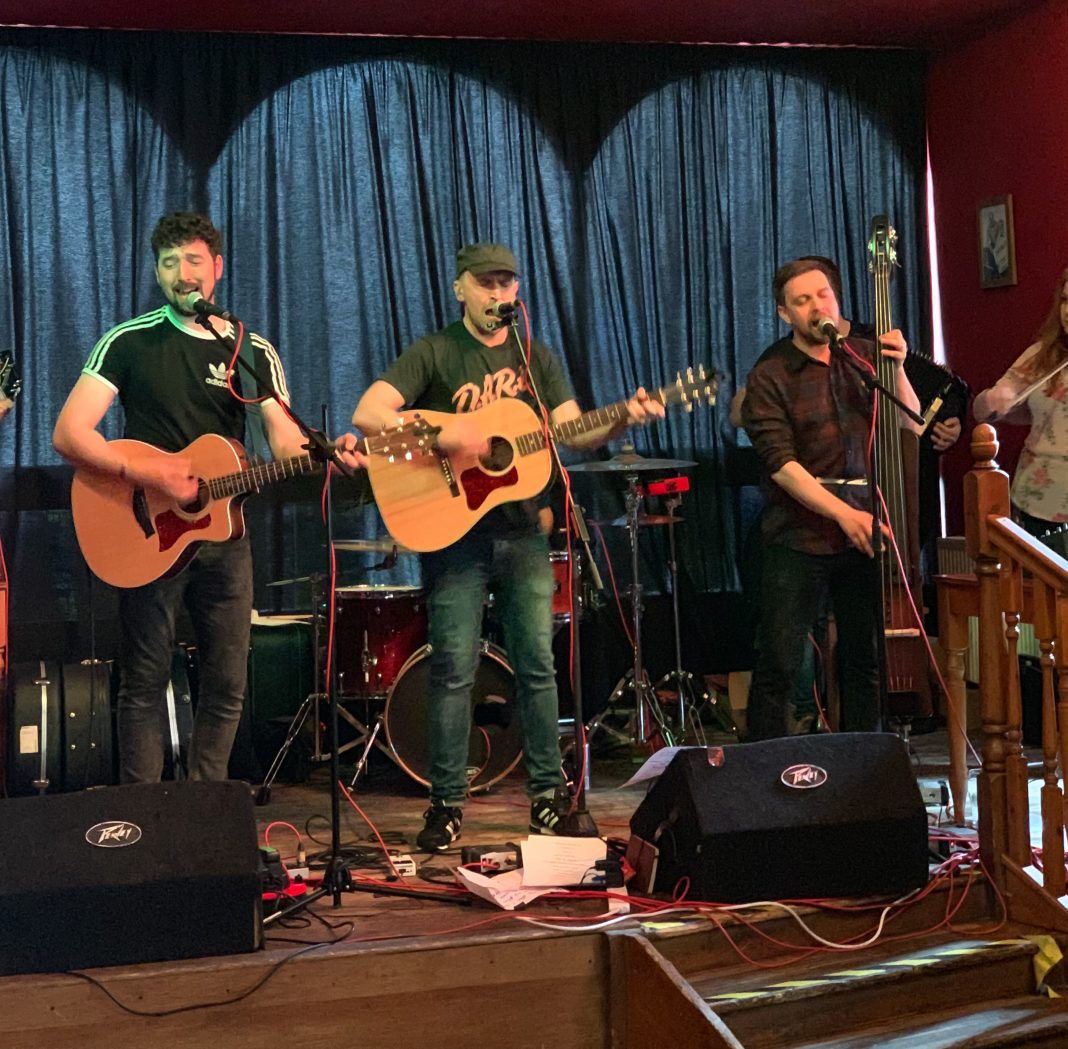 The downside of living out of town and relying on your own transport means that going to gigs and having a beer or two is nigh on impossible. Usually that’s not a huge issue, however a Sunday afternoon session with the Tumbling Souls seems like a sorry affair without being able to enjoy it with a few beers. Fortunately I’m in the minority and a well attended Hoots is full of the joys of life and more than a touch of beer. The band themselves seem raring to go and the stage is set for a great afternoon of music.

Promoter Rossie Ross has been at pains to let us know how good this band is and his effusive praise has me a little worried that the band won’t live up to his hype. He promises that we’re ‘in for a belter’ and to be fair having Willie Campbell from Astrid at the helm is a reasonable indicator that this will be a decent gig.

The set, thankfully, is as billed and we are indeed served up a belter of a set. I was expecting something slightly more folky but this sounds more like it has come from Stornoway via Kentucky (bourbon) and back to the Highlands again. They deftly string together music that celebrates its transatlantic roots without sounded contrived or forced, but mostly the band on stage are having a whale of time. Willie is as relaxed as I’ve ever seen him on stage, a huge grin plastered across his face throughout, and the energy between band members is palpable. New tunes are tried out and go down well and the older songs are equally well received. The band haven’t been on the go all that long but they’re already building up a reputation as a fine live act and you can see them snapping at the heels of the likes of RhythmNreel in the party band stakes.

The band aren’t shy of partying themselves and guitarist ‘Spanish’ (a Leodhasach nickname if there ever was one!) is apparently a little under the weather. He’s supposed to provide some of the harmonies and an accusation is levelled at him that he sounds like a broken tractor. He’s happy to prove us wrong and leads the audience on a singsong, going as far as claiming that the audience sounds bloody awful… and they do if I’m being honest! Fortunately they warm up too and any lingering hangovers are quickly set aside for the music.

The Lewis-based band sound unlike most things you get from the Islands and this set is heavy on the Americana. There was a trend for this style of music a few years back but it quickly got tired. This sounds fresh though and there’s enough wit and songwriting ability on display to reassure us that the band are going to be a popular live draw in the years to come.