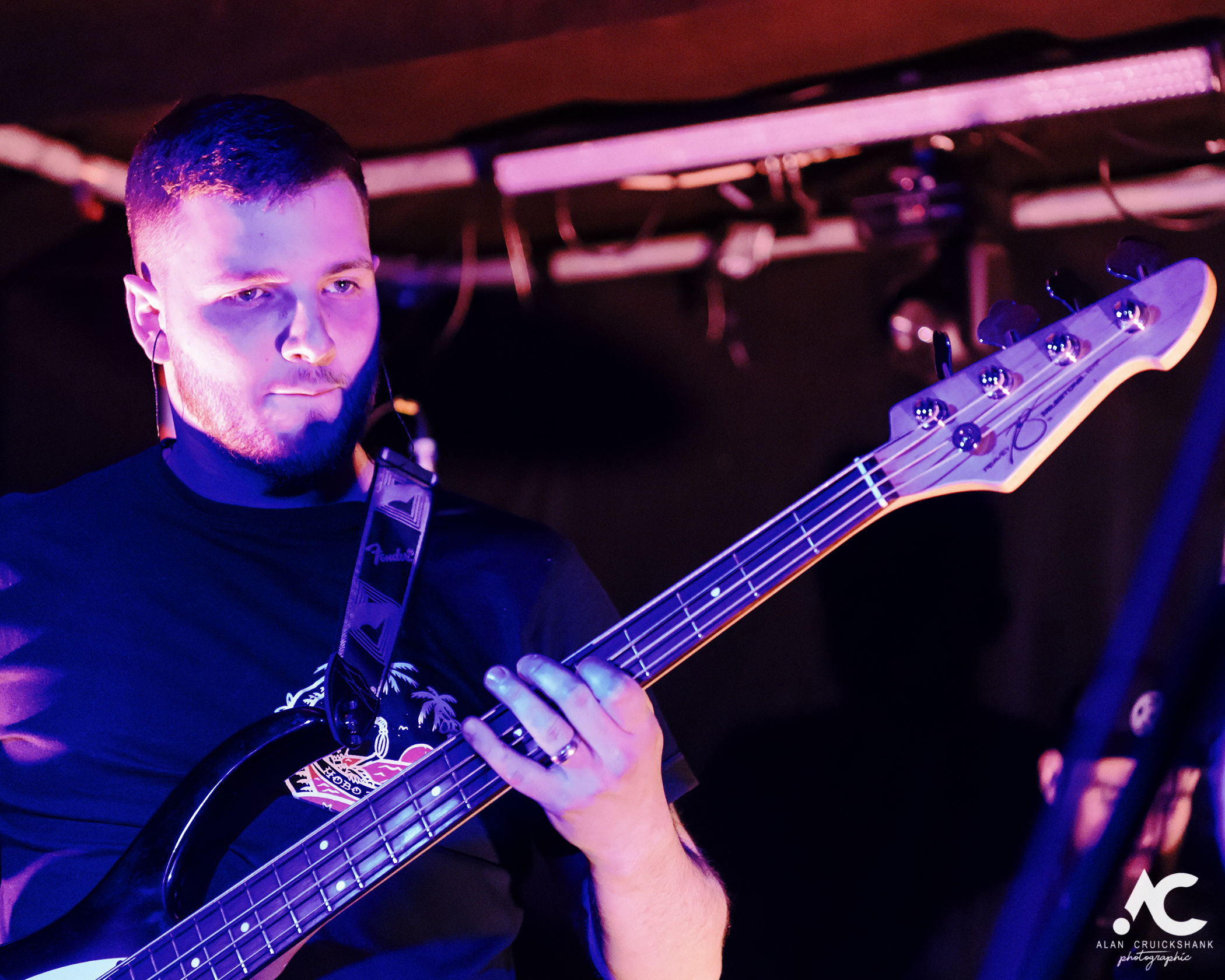 Our photographer was inspired by new band, Distance Between Us to write a few words.

I arrived early at T&C and was thankful I did, I managed to catch Distance Between Us just starting their sound check and to say I had an “eyebrow raising surprise” is an understatement. That sound check set my expectation level to 11 for an exciting and successful debut for the four piece hailing from Alness, Forres and Elgin.

First song played was “Emergency Line” if there were any nerves jangling in the band for their debut they did not show it; this was a confident polished performance of this cracking song by the entire band, the crowd showed just how good a debut song and performance it was with loud appreciative reactions, this in turn spurred the band to give equally polished performances for “Life to the full” and “Home” ending their superb set with “No sugar thanks, I’m sweet enough”

Biffy Clyro and Foo Fighters are cited as influencers among the band and snippets of those influences could be heard throughout their set, I really am looking forward to hearing these guys again, the sooner the better. I should really give a description of their songs but feel I would be giving you spoilers and take away from you the experience I had last night hearing them for the first time, so I will resist and urge you instead to go see them play live, you will not regret it.

Was this a successful debut? Easily “Yes” the remarks and mentions from “Cherry Park” and “Spoke too soon” to the band during their sets was extra testament to their performance.

So, who are these guys?

Here is an excerpt from a short Bio on their FaceBook page, they are genuinely a breath of fresh air, and you need to check them out.

In 2018 Dave McBain (Guitar/Vocals) and Steve Stuart (Drums) got together and had a few jam sessions after years of talking about starting a band. They were joined shortly after by Fraser Wilson (Bass) and very shortly after that Adam Wilson (Guitar/Vocals) joined the band. After many successful jam sessions Distance Between Us were formed. All have been in various bands over the years with Dave having been in Ross-Shire band Illicit Still around 2005 and Adam in Glasgow based band Northern Nightlights.

(Ed – Unfortunately we were not able to review the whole gig, we are always on the hunt for new writers, get in touch if you are keen) 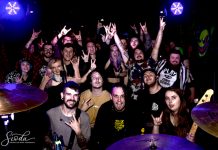