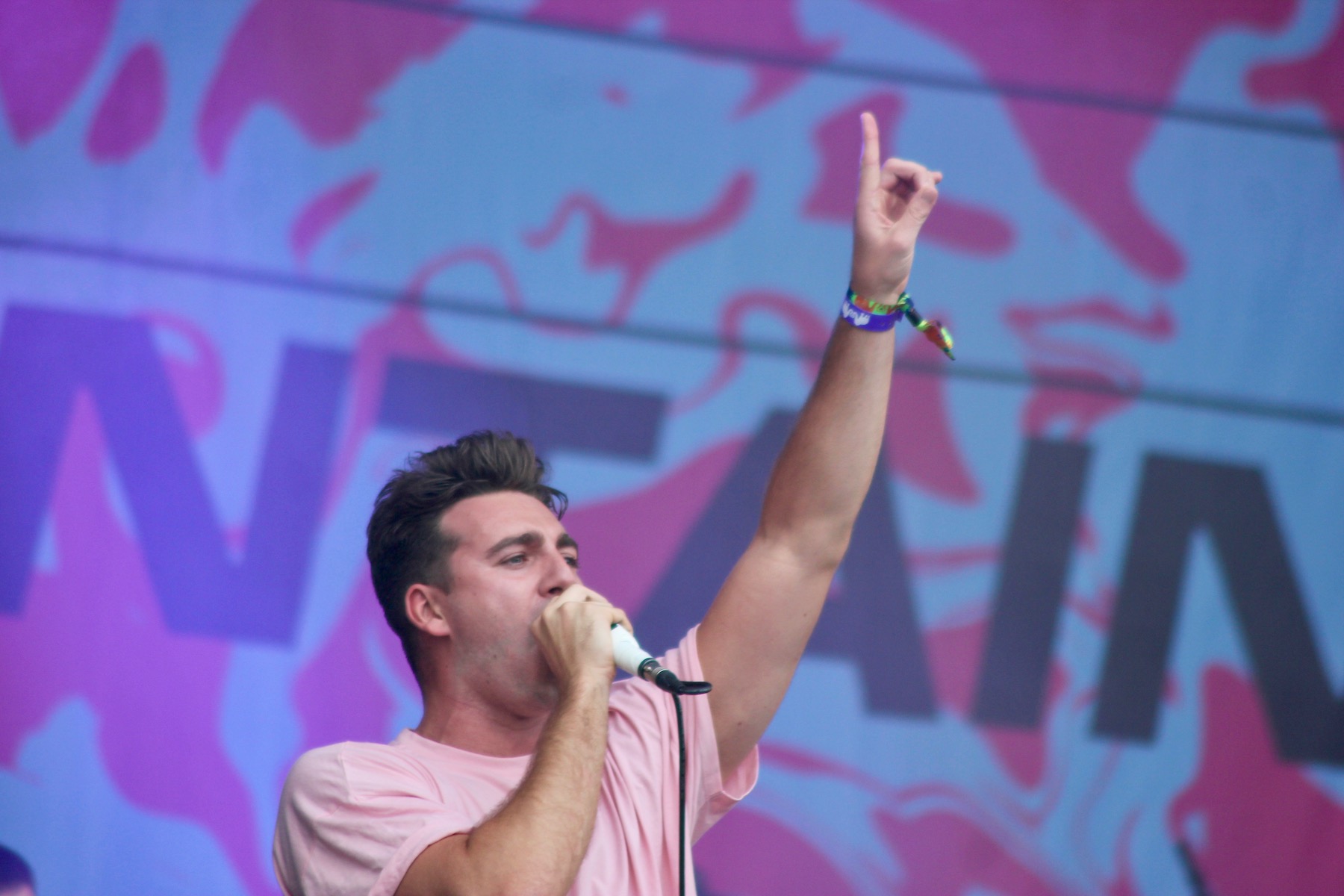 The LaFontaines and Miracle Glass Company to support Kaiser Chiefs in August.

With the riot starters of The Kaiser Chiefs announced to play Inverness earlier in the year, two of the hottest Scottish acts have been announced as support for the gig. Neither of the acts are strangers to the Highlands with both having played Belladrum 2018 but both have certainly have been impressive in their growth in that time.

The LaFontaines current line up of Kerr Okan (front man extraordinaire), Jamie Keenan  and Darren McCaughey create a banging combination somewhere between Kasabian, The Streets and Twenty One Pilots.

Whilst the smoke machine was used, perhaps to create a little more atmosphere, none was needed. The audience bounced, sang and chanted throughout. This was how festival performances should be done, more than capably led by Kerr Okan.

The LaFontaines are currently promoting the imminent release of third album “Junior” with a seven date tour including a sell out gig in London and a freshly announced return to King Tuts. The band are renowned for their high octane live sets that have the audience eating out of the front man Kerr Okan’s palm.

Miracle Glass Company are easily one of the most exciting rock’n’roll bands at the moment. Whilst it is “T.R.O.U.B.L.E” that most people wil have heard their debut album was full of funky singalongs. Unsurprisingly their new album is highly anticipated.

Whether it’s a down and dirty Stones’ style number or a bit of stomping glam rock Miracle Glass Company deliver every time. This is party music, a party you know that you’re guaranteed to enjoy.

“The LaFontaines are an absolutely amazing addition to the line-up, along with Miracle Glass Company. Each band is renowned for their entertaining live shows and we expect them to be popular special guests for Kaiser Chiefs.

Tickets are still available for the shows at Montrose’s East Links on Friday 16th August, and at Inverness’ Northern Meeting Park on Saturday 17th August. Don’t miss out on these great evenings of live music – get your tickets now!”

The Kaiser Chiefs gig adds to the bill of ‘Live in the City’ organised by local concert promoter, LCC Live, in Inverness this summer which included Skipinnish (5th July 2019), The Proclaimers (6th July 2019), Madness (23rd August 2019) and most recently announced, Noel Gallagher’s High Flying Birds (8th June 2019) have all been confirmed to perform in the city.