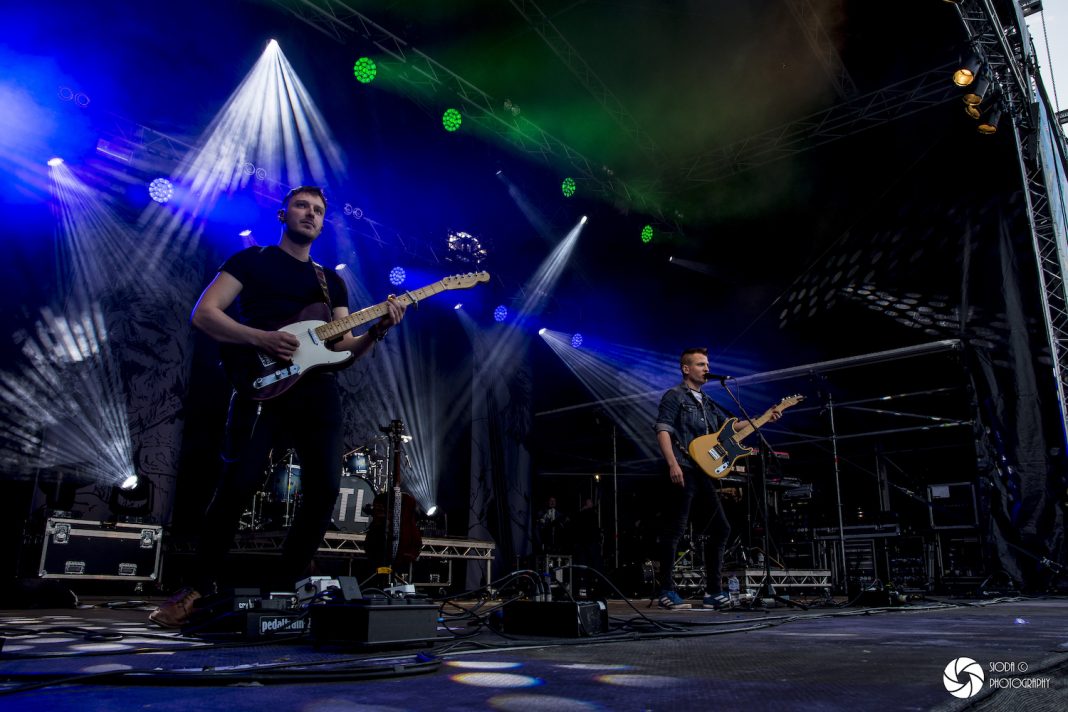 We look at Tide Lines, The Vatersay Boys and more at Northern Meeting Park, Inverness.

Travelling into town, and having had little experience of Scottish-Trad events, I was filled with anticipation about what the first year of The Gathering may hold. As I took my first steps into the arena, there was a reassuring sense of familiarity as The Gathering had the feeling of a smaller Belladrum; with it’s art installations, locally focused stalls, kids entertainment and general chilled out vibe.

Following the City of Inverness Youth Pipe Band officially starting proceedings, it was the tenacious and vibrant Trad Project that kicked off the main stage performances. There is very definitely a Scottish heart to the alternative-folk five piece and they warm up the crowd. Fans of the band , albeit with a more contemporary slant, can be seen headlining the Ironworks on the 14th of June.

Next on the stage was Siobhan Miller, who had been dominating my pre-festival listening. Her soft enchanting voice was evident as she opens with ‘If I Had Known’ and is certainly complemented by the intriguing narratives.

A less subtle approach was used by Torridon, with high-energy tunes such as ‘Here We Go Again’ and ‘Highland Girl’ setting the tone for their slot. Accomplished musicians led by Kenny Smith, know exactly what’s expected of them, and as they have done hundreds of times before, entertained the baying crowd. Special note has to go to recent release ‘Lighthouse’ which draws attention to men’s mental health and the message “Hold your head up high” resonates with many.

The second stage stood in a tent opposite the main stage. It proved problematic on a number of counts including issues with feedback, the ongoing noise from the queue to the bar and latterly overcrowding due to the overwhelming popularity of the phenomenon that is Peat and Diesel.

The stage played host to a number of music acts during the day in between hosted talks about local beers, gins and the like. Feis Rois were a predictable addition to the line-up and they did not disappoint, with a fine mix of traditional musicians including Amy Henderson, Dagger Gordon and Colin Delmonte.

Hò-rò are a Highland toe-tapping energetic band and not a “Japanese tank destroyer” as wikipedia would have you believe. It is perhaps unsurprising that along with a number of covers chosen by the performers that ‘Caledonia’ gets one of the warmest responses of the day. In small part due to Hò-rò’s latest addition, Hannah Macrae. Having just announced a second night at the Ironworks for November there is no denying the popularity of the band at the moment.

Fèis Inbhir Narainn, the community based charity promoting traditional Scottish music and song, brought a group of five enthusiastic youngsters to the smaller stage. The pipes of Hamish Drennan, Beth Cain and Ross Clark on fiddle, Lena McKechnie on Piano and singer Alix Aburn showcase their talent to a welcoming crowd.

Whilst I had heard the name Elephant Sessions before, I wasn’t sure what to expect. It turns out that they are an upbeat funk trad band and that I was one of only a few to not have experienced their imaginative whilst loyally traditional tunes. With a bass that  bounces through your bones and some lovely riffs of the mandolin complimented by some mean fast flowing fiddle.

With the wee stage running late The Vatersay Boys were now in full swing the band bring a sense of nostalgia they have a big following and absolutely love them and the ground was jumping. Indeed they were the only band on the billing that would get away with segueing from ‘Three Little Birds’ to ‘Loch Lomond’. Whilst there was plenty time to dance, there was a particularly touching and powerful tribute to Eilidh MacLeod, who had died nearly two years to the day in the Manchester Arena bombing, and the work of The Eilidh MacLeod Memorial Trust.

Despite the draw of The Vatersay Boys Peat and Diesel had pulled quite a crowd indeed and whilst buzzing there was concern that it might get a bit too chaotic.The lead singer had a bit of a Dubliners/Pogues sound to his vocal and there was certainly more than a hint of punk in the mix punk. ‘Stornoway’ was always going to be a crowd pleaser, but the set really was just an appetizer for their later slot at the Ironworks.

Whilst there was some discussion throughout the day about whether Tide Lines were the right choice for headliner, the set clearly showed their credentials as one of the best Scottish Trad acts around. They were happy to venture into pop with a cover of Walk The Moon’s ‘Shut Up And Dance’, but then their own tracks including ‘Heroes’ and ‘Far Side Of The World’, with more than a little nod to Runrig, also has a very contemporary feel.

To sell-out on it’s first outing is an impressive feat indeed and says something about the audience for the music in the area. There were few people that would put money against the festival not selling out again when it returns next year.

Year One was a perfect showcase for the event and the music of the are, here’s to what’s planned for 2020…

WHAT HAVE YOU MISSED?  All our other The Gathering 2019 content can be found here.

Of course the most important people of any festival are the audience, did we catch you at the festival? 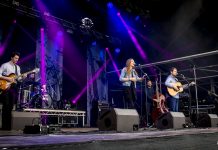 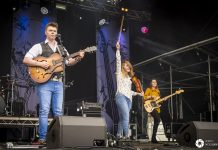 The Trad Project at The Gathering 2019 – Images 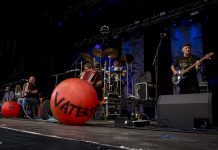 The Vatersay Boys at The Gathering 2019 – Images 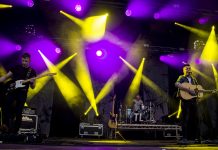 Tide Lines at The Gathering 2019 – Images 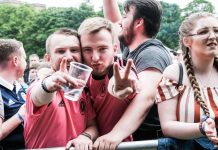 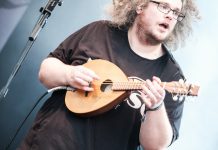 The Elephant Sessions at The Gathering 2019 – Images