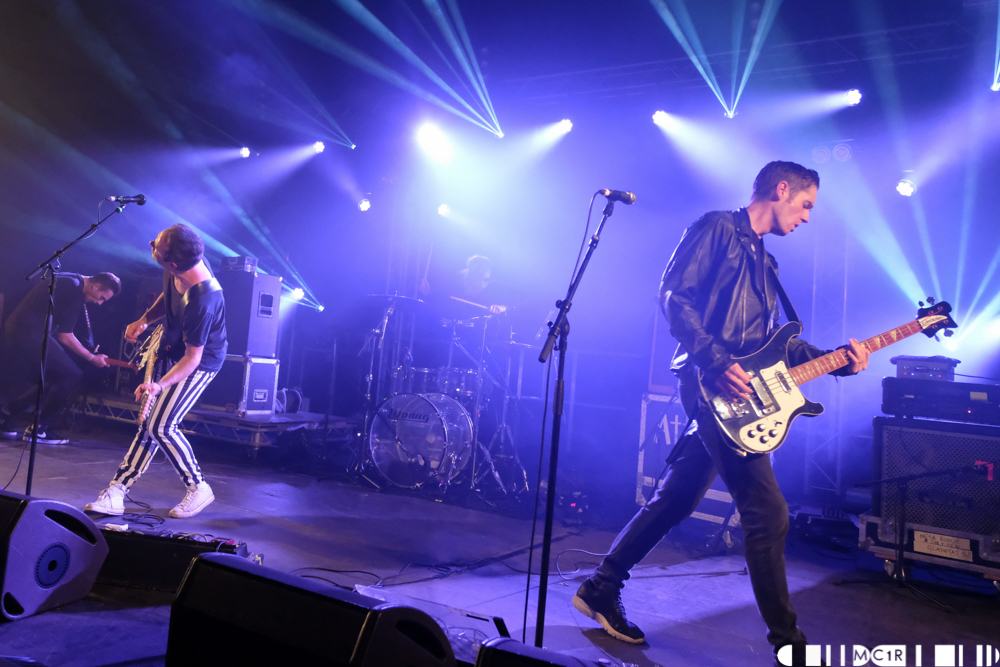 Ahead of their slot at Belladrum 2019, Rab Allan of Glasvegas chats to IGigs.

Led by the charismatic enigma that is James Allan, Glasvegas burst onto the scene with the self titled debut that has lost none of its relevance in its ten years of existence. Since then two further albums have followed with a promise of a follow up to ‘Later…When the TV Turns to Static’ ongoing.

“They are an important, amazing, real band that won’t let you down…” states the NME, adding… “Not because they play real instruments and sing real songs about real people… they’re real because they put their entire hearts and souls and brains into it. And that is rock’n’roll.”, it’s hard to disagree.

Having played locally on several occasions including Rockness and Loopallu it is perhaps surprising that Glasvegas is playing their debut performance at the festival this year. An opportunity to ask Rab Allan a few questions about the band and their music, ahead of this gig, was too good to miss;

You celebrated the tenth anniversary of the release of your debut album with a series of shows last year. At which point in the process of writing, recording and releasing it did you realise that you were producing something very special?

The first time I remember thinking we had something special was a night in early 2007. We got in Pauls car to go to our studio and James said he had written a new song. He gave us a CD and we stuck it on. It was Its my own cheating heart that makes me cry. When it finished he asked us if we liked it. Me and Paul looked at each other and laughed because we thought it was great.

Your Barrowlands gig on 14th December (best birthday ever!) was the culmination of the tour. It was an emotional night for the audience and the band. How important was it that the tour ended there?

It was a really emotional night for everyone. Playing those songs and James singing them brought back all the same emotions from when we first toured it in 2008/09. Ending the tour in Glasgow wasn’t really a conscious decision…. it was a bit more to do with the fact we wanted to acknowledge the Christmas songs too.

You are playing a number of acoustic sets at the moment. Do you have songs which you feel transfer to an acoustic setting better than envisaged when recorded by the full band?

I think with the acoustic shows its been great getting to the root of what the songs are. Sometimes the sentiment gets lost when everything is turned up loud. The world is yours has been incredible and a few of the older ones like whitey and saltcoats beach have been surprisingly good. It has given us a chance to play some new songs too. They have been the most enjoyable.

The fourth album we understand from your interview with Demo Tapes is in the pipeline. What can you tell us about it in terms of themes and the feel and sound that you are looking to create?

Its been in the works for ages but like most things life gets in the way sometimes and we put it down for a while. We have the first single mixed although I don’t know anything about release dates and that kind of stuff. It had a Streets of Philadelphia feel… if a listen to a song and I get an emotion from it then I feel like we have achieved what we set out to do. There seems to be a theme running through the songs in terms of ideology but ill let James talk about that another time. It sounds like a Glasvegas record.

This will be your first time at Belladrum but you have played other festivals in the north, Rockness and Loopallu. What makes a good festival set compared to that which you would play on tour?

Don’t play new songs, don’t play stuff people aren’t familiar with and try and enjoy yourself. With our own tours we can take it down in terms of tempo and pace but with a festival set most of the crowd generally haven’t saw you before so you are trying to win them over…. I sound cynical and calculated but its trying to make it an enjoyable experience for everyone.

This year the theme at Belladrum is ‘sci fi’. Going with this theme, if there was a rocket which was going on a one way journey to Mars, who would you put on it?

Elton John (I love him btw)