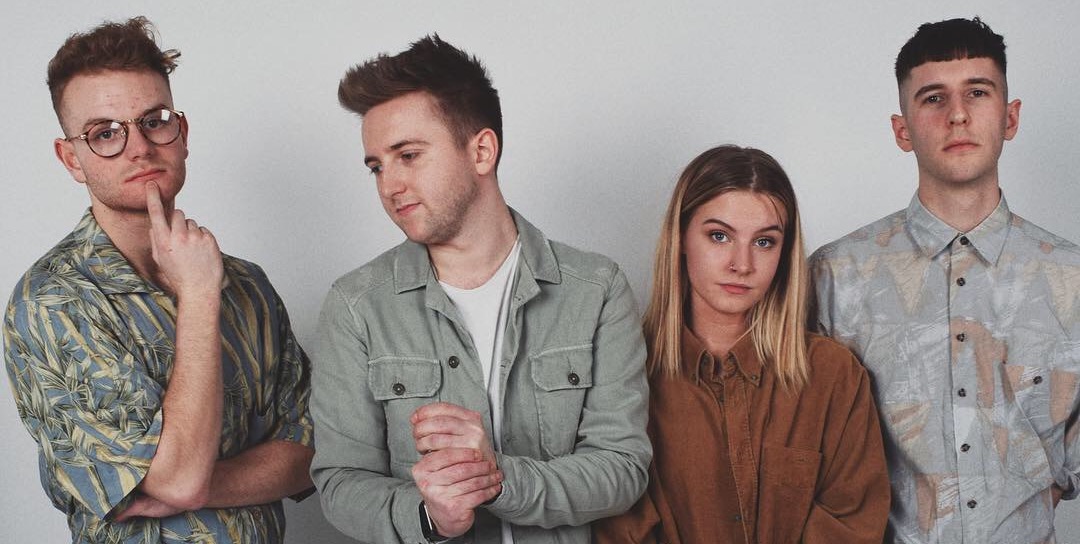 Ahead of their gig on The Seedling Stage at Belladrum, swim school chats to IGigs.

It’s hard to accept that swim school, with the long list of gigs and critical acclaim, have been on the scene for a matter of months. Led by Alice Johnson, the band even earned the description of “pop perfection” by Jim Gellatly. Prior to their TRNSMT gig we managed to ask them a few questions;

We announced ourselves publicly as a band in February this year along with our debut single ‘sway’ and so far, the response has been amazing exceeding all of our initial expectations. Within just a couple months we’d already racked up numerous streams, radio plays, reviews and support slots with The XCERTS, Indigo Velvet and Dancing on Tables.

The rest of the year is going to be particularly busy and having just come off the back of XpoNorth we have Belladrum, TRNSMT, Outwith Festival and Loopallu to look forward too.

We think it’s hugely important to us! Belladrum has been known to showcase in previous years the next big upcoming bands such as Catfish and The Bottlemen, Fatherson and Vistas to name a few. This is something we’d love to follow in the footsteps of!

As Belladrum can be quite family orientated it enables us to get our music heard by a different kind of audience that we may not necessarily get at other festivals in Scotland which is really great.

This question should be pretty straight forward as we currently only have 2 singles out at the moment. So, we’d play both ‘sway’ and ‘take you there’ and our final choice would be a song that we usually play in the middle of our set called ‘everything’ as it’s a fan favourite!

As we’ve already mentioned we’d love to see ourselves following in the footsteps of bands such as Fatherson, Catfish and The Bottlemen and Vistas who have all been nurtured in their early stages through Belladrum. To do this, we believe that we just need to keep the momentum and excitement going about the band and play as many shows and festivals as we can to get our name and music heard.

All of the acts on the Seedlings Stage this year are amazing but definitely check out Walt Disco. They always put on an amazing show! Our pals Lakyoto and HYYTS are also playing who we highly recommend checking out alongside Vanives and Scarlett Randle.

Ah well, if we’re completely honest we’re not very into sci-fi which makes this question a hell of a lot harder… but if we were to pick any they’d be

Star Trek or Star Wars? Star Wars without a doubt!

Time travel or teleportation? Teleportation… who wouldn’t want to teleport themselves to a hot country when the weather in Scotland can be so temperamental?

You are allowed to time travel to one gig, which one is it? Queen performing at Wembley in 1985.

Your band can soundtrack one sci-fi film, which one would it be? E.T

What invention would you like to see a reality in the future? Hmm, maybe jet packs?

swim school play Belladrum on Friday 2nd of August at 18:05 on the Seedlings Stage.