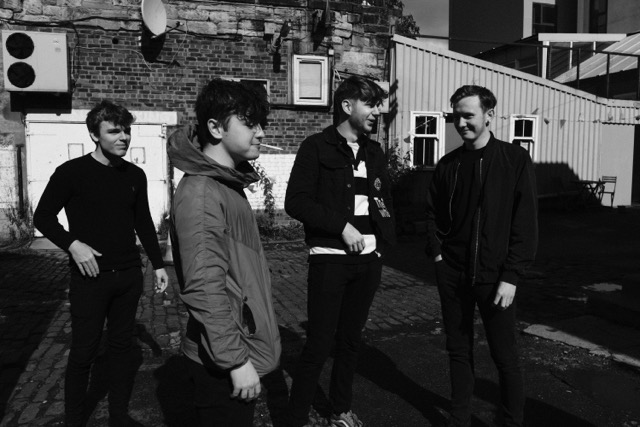 Ahead of their gig on The Seedling Stage at Belladrum, The Novacs chats to IGigs.

Airdrie based The Novacs have been honing their indie/ alternative rock sound since they formed in 2016. They play King Tuts at the end of July and The Tenement Trail is beckoning in October, but first they play their first festival in Belladrum, so a great opportunity to ask a few questions;

You have ten words to describe your act, no more no less…
Relax
Indiscretions
Patching bastard
Found
Sex
Olivia
RIC
Thinking straight
As an act how has 2019 been for you so far?
2019 has been phenomenal so far. We kicked it off with King Tuts Revolution then headed to London to play at then legendary Notting Hill Arts Club. Our management also arranged guestlist for Catfish at Wembley arena. It was a real moment being there. We were back down to record at Warner Brothers studios in April. It was so surreal. Our engineer has worked with Radiohead, The Vaccines and Neil Young. We then released Relax which was a good moment. We can’t wait to see what the next 6 months has in store for us.
How important is playing Belladrum for you?
This is a big deal for us as it’s the first festival we’ve played and also the first time we’ve played with some really big names. Exciting times
If your set only consisted of three songs, which ones would they be and why?
Olivia, Found and Relax as its the only tunes we have out so people will be able to sing along.
The Seedlings stage has seen several bands that have been promoted through the bill at Belladrum, where do you see yourselves in five years time, and what will help you in your journey?
Due to our high motivation and drive we see ourselves as becoming a success with album sales and big gigs. Without having an album out and aplan for the next 5 years its hard to see a clear image of where we will be although we can’t see ourselves as any less than one of the big bands because we would fail if we did.
Given the sci-fi theme of Belladrum 2019, construct your band with sci-fi characters?
Marty McFly on guitar because of that scene from back to the future where he plays Johnny B Goode.
E.T. on bass because of those magic fingers.
Robocop on lead vocals for an original 80s disco sound
Chewbacca on drums as he resembles a classic drummer
Star Trek or Star Wars? Star Wars because it’s not a trek
Time travel or teleportation? Teleportation as time travel is too much of a headache and it would be a lot easier to get to gigs
You are allowed to time travel to one gig, which one is it? The Beatles at Shea Stadium just because all of us like The Beatles and it was one of their biggest performances
Your band can soundtrack one sci-fi film, which one would it be? Guardians of the Galaxy so we can see Starlord listening to our tunes
Coolest Sci-fi character? Rick Sanchez, hes the smartest man in the universe and misuses that power left right and centre. Also hilarious
What invention would you like to see a reality in the future? Some originality

The Novacs play the Seedlings Stage at Belladrum 2019.