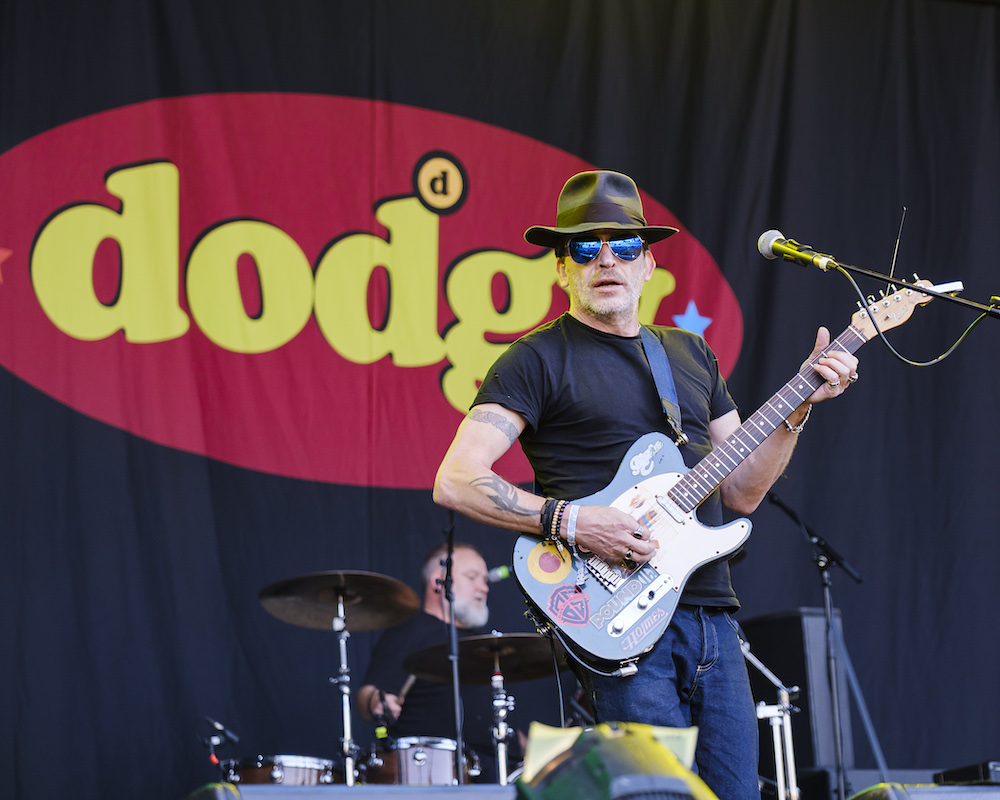 Arriving at Belladrum in the early afternoon there were the usual queues to contend with, all the way back to Kirkhill, but with this being the last year that Belladrum clashes with the nearby Black Isle Show these queues may be less of an issue in the future. It is also the first year that Belladrum has become a fully fledged three day festival with bands scheduled, for example, in the Hothouse and at the Seedlings Stage. In particular this works well with main stage access which was very much a case of the haves and have nots the last few years.

With the topsy turvy weather of late it was good to arrive on site and have the clouds peel away and be left with clear blue skies and manageable temperatures. This was certainly a help to those setting up in general camping as we sidestepped our way through what, as the festival progresses, will be a scene of carnage.

First stop on the way in was to pick up beer tokens for the days ahead. At £5 you can argue over value or not, but it certainly keeps the queue moving with the round figure avoiding the issue of change for cash paying customers. From here I could hear the sound of Table For Four warming up, and quite cleverly so with a blast of Britney Spears’ ‘…Baby One More Time’. It felt like a set worth hanging around for as lead singer Sarah’s banter held the crowd as she took them through a journey from McDonald’s to mental health and from gastric bands (an ironic mention-ed.) to fellatio (I kid you not). Chuck in a couple of crowd pleasing covers, one from School of Rock and the other by the Ramones and you have a well rounded fun in the sun kind of set. However, if you did sit directly in front of the stage on the pyramid seating then it was a helluva loud, but then maybe I’m just too old…

Wandering around the site after that Belladrum followed the old adage of if ain’t broke don’t fix it and other than a few minor changes such as the Co-op shop being larger and close to the general camping area, and the introduction of a bar/pop up stage for the Speyside Brewery, imaginatively titled ‘Spey’s Invaders’ keeping with the theme, it was generally business as usual.

With unrestricted and easy access to the main stage on the Thursday, the opportunity was taken to catch Dodgy who had already launched into ‘Staying Out For The Summer’ which sat well with the general vibe and audience feel. This was the first track on their ‘Homegrown’ album and as it turns out it was to be the basis for their set as they played the album in full. This complemented their ‘Homegrown’ tour and were taking that to a festival audience but in a more compressed one hour slot with less time for other tracks after.

This walk through the album is more aimed that the fans than the general festival goer but when drummer Matthew Priest asked those on the incline, the Emperor’s seat as he called it, whether it was a thumbs up or thumbs down, it was a resounding positive response. Having played the album it gave little time to slot too much more in within their hour but they rounded it off with that perfect piece of Britpop ‘Good Enough’ and then ‘If You’re Thinking Of Me’. Was it good enough? Well, yes. But the main stage audience is one of those that once they get their pitch they don’t leave it and this can dilute the atmosphere for a very targeted performance. Maybe the Hothouse might have been a better location for Dodgy where there would have been a better concentration of those wanting to hear the full album as it did get a little lost at times at the main stage.

Next up was Tom Odell who opened with ‘I Know’ to a growing crowd mainly swelled by younger, particularly female, festival goers. This led into ‘Sparrow’ and there was a sense of awe coming from Tom as he played his early songs and looked out across the festival. Tom is very much more than just a guy sitting behind a piano and a jazzier sounding ‘Still Can’t Get Used To Being On My Own’ injects a sense of drama to the evening.

What I never knew, and may have been the reason for Tom’s sense of awe, was that Belladrum was the first festival that he played. (As I write this I have found the 2011 lanyard that had him playing at 1.35 at the Grassroots Stage just after James MacKenzie and the Aquascene and just before Benjamin Francis Leftwich – were you there?) I digress.

Tom works the crowd well in his emotion laden set and ramps it up with ‘Can’t Pretend’ where he demonstrates that he can really hold a note. He also likes to stand atop his piano too when the opportunity arises.  ‘Son Of An Only Child’ where he sings ‘I’m sick of singing about my broken heart’ there was no doubt from some of the screaming and tears in the audience that he had broken a few hearts tonight. The whole performance, and it was a sweat drenched performance, was rounded off with a slice of Billy Joel’s ‘Piano Man’ and a singalong to ‘Another Love’. It would be fair to say that we shouldn’t have to wait another eight years to catch Tom at Belladrum again. 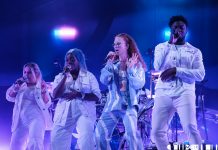 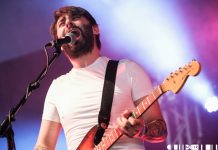 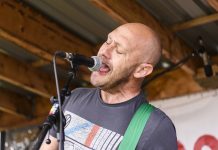