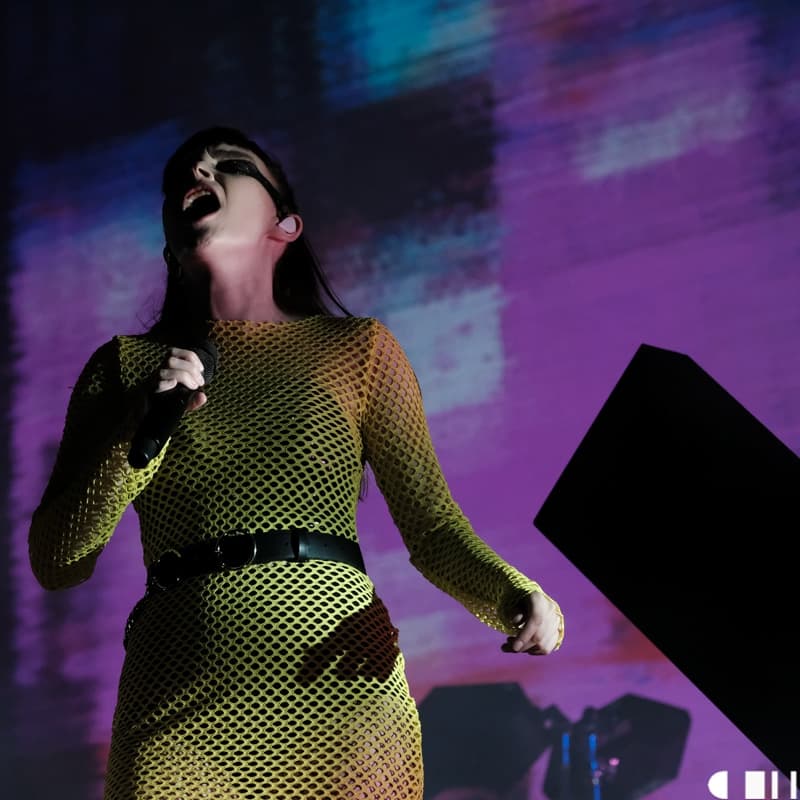 As rude awakenings go, King Kobalt are the masters of their craft. The Hothouse Stage is conveniently close to the carnage of general camping, enough so that the now traditional noisy-as-fuck opening is met with squeals of indignation from the hungover zombies sprawled across the campsite. The band delight in their role as Bella’s wakeup call and their brutal racket reverberates across the field. This is a band maturing and developing in sound and this is up there with one of the best performances I’ve seen from thus far. ‘Bourbon Nightmare’ from their debut EP is a turgid and dark affair and crushes any last remains of any eardrums in the close vicinity.

Lional open the garden stage in spite of a drummer Russel being out of action due to a broken collarbone sustained playing football. He’s ably subbed by their old drummer but sadly they’re not able to do the full set. It only happened on Wednesday so it’s something of a miracle that they were able to get on stage at all. I’ve lost count of how many times we’ve seen Lional over the years and their jagged riff-heavy indie rock nearly always impresses us. This is no exception today and newer material sits well with the older. Frontman Josh jokes that they’re opening for Funbox (nightmarish kids extravaganza on after them) before proclaiming that stand in drummer did ‘fucking well’. Queue the odd gasp of horror from a shocked parent waiting for aforesaid kids act. Broken Drummer, check. Shocked parents, check. All recipe for a quality rock n roll act!

Awkward Family Portrait appear to have dropped through a time portal from the 1950s and have taken their music with them. It’s a quirky and ultimately enjoyable set. They don’t take themselves too seriously and that’s evident in songs like ‘Don’t drink whisky it’s risky’ and even their ode to climate change is tinged with enough humour that you’re not left feeling too hopeless by it all. Musically it’s a mix of old time rock n  roll with a dose of skiffle thrown in.

Kim Carni is a little oasis of calm on the Grassroots Stage during some of the more frenetic acts and the trad singer mixes Gaelic and English songs with aplomb. We had caught her at the Gathering but sadly she’d been drowned out by the main stage acts, so it was great to hear her in an environment more suited to her music. This stage in particular is the ideal place to pick out the great and good of folk music and Carni is certainly of that quality. The focus is mostly on Gaelic traditional music and its for this she has earned deserved slots at Celtic Connections, Oran Mor and Heb Celt. The Gaelic language seems to be at the receiving of an awful lot of ‘what’s the point’ nonsense from certain sections of Social Media. This folks, is the point. Go and listen.

For some of the older members of the audience Bis are a blast from the past. The Disco Pop act from Glasgow (and Inverness) broke new ground back in the nineties being the first unsigned act to grace the stage of Top of the Pops. Their saccharine hit ‘Kandy Pop’ was an ear worm that found its way into all the indie discos. Now they’re back and they’ve lost none of that charm, bouncing about the Hothouse stage like it was only yesterday since those heady days and showing us that there’s plenty of life left in those disco legs. Their latest album ‘Slight Disconnects’ hasn’t strayed far from that original formula and it’s nigh on impossible not feel drawn to their music. ‘There Is No Point (Other than the Point That There is No Point)’ from the new album has the longest song title in any setlist this weekend (unverified, wiki fans) but assists getting reviewer word counts up. ‘Kandy Pop’ appears mid-way through the set, that there’s no mass exodus after the song has played is testament that there’s real pop quality in the set. Cheesy it might be, but it’s brilliant fun and exactly what you need for a Sunday Friday afternoon. One hit wonders? No chance!

Down on the Garden Stage it’s quickly apparent that Dodie appeals to a certain demographic (my 18 year old daughter being one of them) and she’s greeted with screams of delight from the gaggle gathered down at the front of the stage. Dodie delivers a selection of narrative driven chirpy upbeat pop tunes that tackle everything from her dogs to threesomes (‘Caught in the Middle’). There are moments where she slows things down a little to sing about self esteem issues and being let down by people that were supposed to have looked after her. Her cover of ‘Sweet Caroline’ is given a pop twist and is one of the highlights of the set along with ‘Absolutely Smitten’ from 2016’s ‘Intertwined’ EP. According to Dodie the lyrics don’t really make sense but it’s the perfect pop song to end her brief time on the main stage.

I wasn’t really supposed to review Johnny Marr but he’s a guitar here of mine and I couldn’t help catching the first 30 minutes of his set before being dragged away to the next act. ‘Big Mouth Strikes Again’ feature early on in the set and I wonder whether this is a barbed retort to his old band-mate’s right wing chunterings. As you’d expect Smiths songs feature in the set and I’m delighted when he plays ‘How Soon is Now’ one of the greatest moody rock tunes every written… and that’s from someone who wouldn’t consider himself to be much of a Smiths fan. ‘Getting Away From It’ from his time with Electronic gets an early airing proving, if there were any doubters, the quality and range of Marr’s songwriting skills. The solo material is just as strong with ‘Hi Hello’ being one of the highlights. 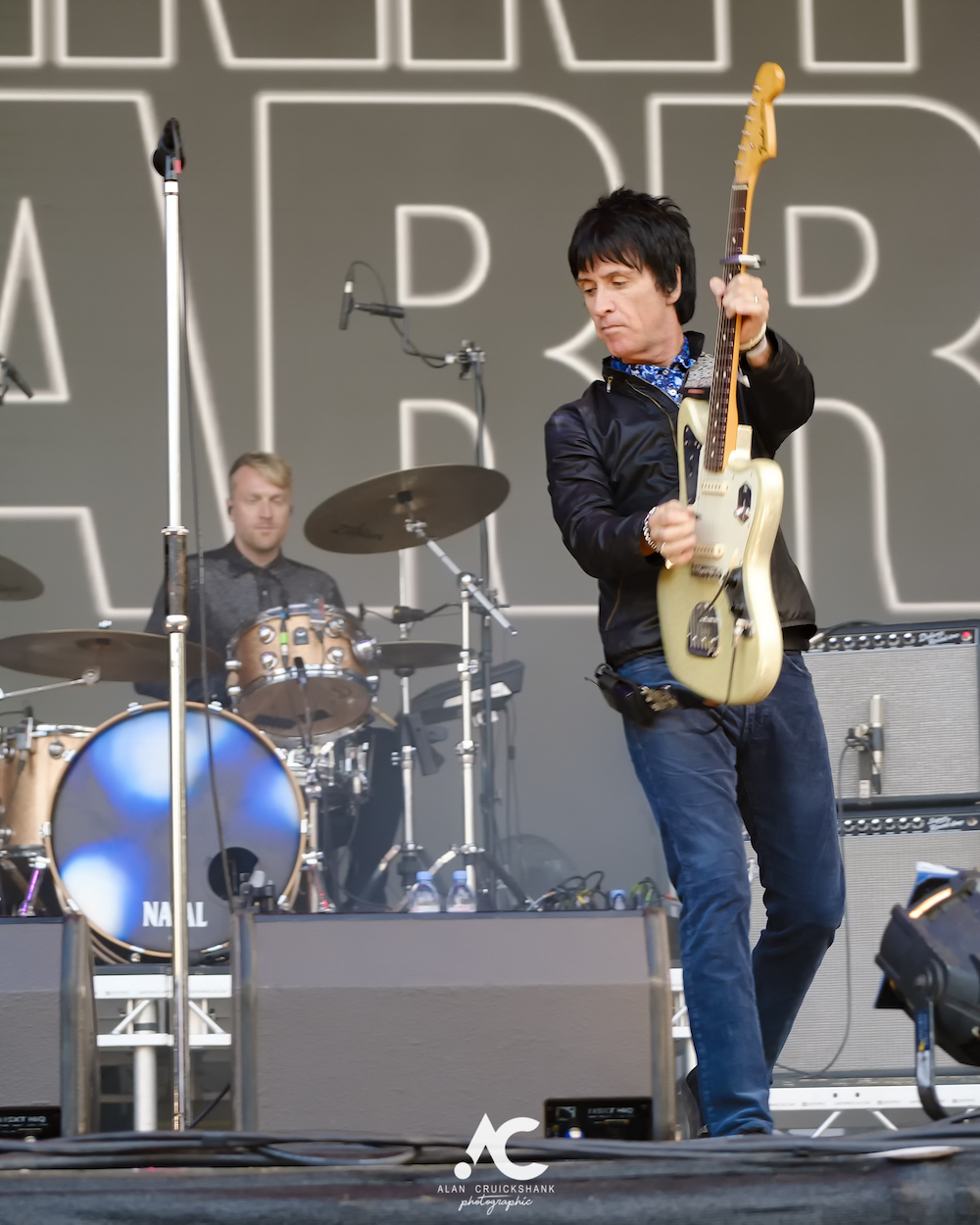 Back over to the Grassroots stage and Lucy Rose is clear from the outset that her music isn’t for you if you’re going to stand at the back and chatter. It’s a big ask for a festival crowd but it’s met with near universal approval. Her music is played on her terms and there is no concession made here to the commercial or even anything particularly up-tempo. Instead she taps into some very raw emotion and it demands the listeners full attention. It is indulgent but for the right reasons and utterly uncompromising. It’s a quiet storm that leans towards folk but much more than any navel gazing ‘my baby left me’ musings. Take ‘Shiver’ for example, a song that she admits is one of the saddest she’s ever written but it’s still utterly absorbing. However, there is a sole concession to commercialism and that’s in the cover of ‘I Believe’ by Cher that they’ve recorded for Sara Cox on the BBC. They pare it right back to the bones and create something wholly different. It is a pop song after all but they morph it into something with way more depth and passion than the original. 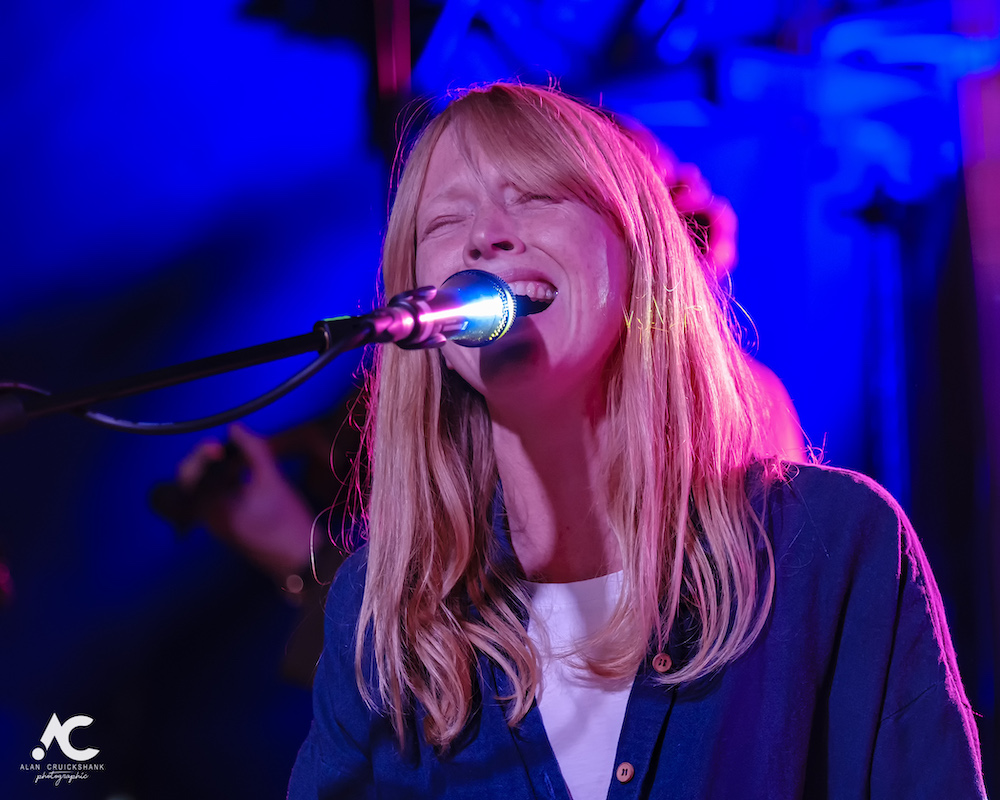 Headliners Chvrches hit the ground running with ‘Get Out’ and continue in that vein for the next 75 minutes. The band have amassed a huge global following and the sea of bodies at the main stage are testament to that fact. Having an artist of that caliber on stage is also a sign of how Belladrum has become such a respected feature in the festival calendar and hopefully a sign of things to come as bigger acts become attracted to it.

Lauren Mayberry is in complete control of the stage and the charismatic frontwoman barely stops moving throughout. She’s not frightened to share her thoughts on politics either and expresses her gratitude that they’re playing in Scotland for a change where ‘people are more sensible’. The nomination of BoJo as PM or in her words, ‘Our Lord Satan’, made her consider ‘leaving a jobby on the doorstep of Number 10’  and she mused that activism is pretty much what you make it.

Politics aside, this is high octane electro pop from start to finish and Chvrches are proof positive that Scottish music is at the top of its game. The hits are plentiful and the sound is absolutely spot on throughout. Early single ‘Recover’ sits well with the bigger hits of ‘Miracle’ and ‘Leave a Trace’ (50 million listens on Spotify!) and closer ‘Mother We Share’ followed by ‘Never Say Die’ is the icing on that particular cake.